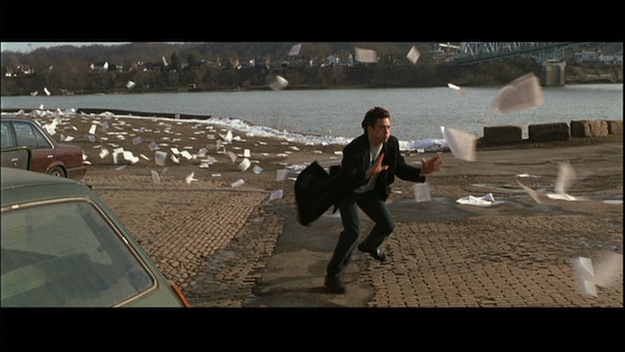 How to Know If Your Script Doesn’t Suck

Maybe we never really know if our screenplay is excellent. It’s a subjective process. But one thing you should make sure of before you send your work out into the world… don’t suck. There’s a lot of road between a good script and terrible one.

Before you endeavor to not suck, suck. We’ve all written terrible stuff. It’s part of the deal. I’m writing a first draft right now that’s pretty lousy in some places and is okay in others and sort of awesome in about three spots. I think. I’m not sure yet. And that’s the fun part.

I embrace the suckage and uncertainty as it allows me to be free. I get to suck for a while and then I rewrite and rewrite and it gets better. Hopefully. The goal is to create the best possible draft I can before I send it out for notes and feedback. And then to rewrite again, depending on the notes. How will I know it’s good?

Maybe you’ve gotten to a point where you can tell if a script is solid enough to share. If not, there are ways to help you get there. There are many resources where you can get feedback, but do be choosy about who you show your work to. Bad feedback is dangerous. Or at the very least, a waste of your time.

If you have a writer’s group that you’ve put some time into, great! Show them the script you’re putting out there when you’re ready to. Workshop it with them. However your group works.

Should you show it to a friend or a partner? Depends. I don’t know about showing it to friends who aren’t writers or other types of filmmakers. I’ve found that although my non-filmmaker friends are awesome, they don’t usually give real feedback I can use. That saying about “If you want someone to like your script, show it to your mama” is real for a reason.

You can also send your script to coverage services but that’s a mixed bag. I’ve gotten good notes. I’ve gotten confusing notes. I’ve gotten some really terrible advice. I like to know who’s actually reading my stuff. I need background, context, and qualifications before I hand my script over to someone. Proceed with caution.

You can also ask other writer friends to recommend a reader. A good reader is hard to come by. Treat him or her well. Pay them what they’re worth. Maintain that relationship. They can be essential in your career. Once you get those notes, don’t be afraid of them. But don’t just guzzle the kool-aid and change things up. Take the time to process them. Ask yourself if the notes will make your script better, more compelling, addictive, consumable? Does it feel right? Be honest as you can be with yourself.

If you’ve got the time, try incorporating the feedback and see how it plays. If you don’t like it, scrap it.

I’ve gotten some great notes I didn’t use. Why? They were for another script, not mine. This was from one of those coverage services. It’s like the reader was reading someone else’s script. The notes were sending my story off into a completely different direction. They were great notes, though. Just not for my script.

Sometimes a small note makes a huge difference. I got a subtle note from a fellow writer and not only did it make that particular script 10 times better, it changed the way I wrote to a certain degree.

Read Your Script Out Loud

You can do this before you send it out for notes. But definitely re-read after your changes. Get a friend to sit and read with you. Or read it to yourself. At some point, you may want to record the read. Audio, video, whatever you want. But then listen to it. Maybe take a walk and listen to it away from your desk or wherever you write.

Does it flow? Entertain? Bore? Seem jarring? Take a day or two and listen to it again. Until you become the well-oiled machine of Dalton Trumbo, take a break. Or do both! Photo Courtesy: Bleecker Street Media

Take Some Time Between Drafts

Time is key. I’ve written things that I spent so much time with that I couldn’t tell any more if the script was working. I knew I needed to step away and didn’t take my own advice. The draft grew and grew and next thing I knew, I had a brick. I didn’t even have the energy to read it. So that one got left behind. Maybe I’ll come back to it one day and pick out any good bits, if there are any.

Now? I take my time. Sometimes it’s a few days. Sometimes it’s a month. But never really beyond that. For me, after a month, I pretty much feel like I’ve dropped the thing off at the fire station and won’t go back. Set your time as it suits you but breaks give a fresh perspective.

Unless you are writing on deadline and you have someone breathing down your neck. Well, that’s a whole other article, right?

Whatever you do, have confidence that your script is ready to hit the streets, especially if you are not established. Because I’ve seen many writers pass around what is basically a rough draft and it backfired.

I blew myself up when I got started. I handed over something I had worked on a lot but hadn’t taken the time to get any real feedback on. I had worked connections to get the script into the right hands. It was a prime situation. Turns out, I was better at pitching my work than actually doing it.

My screenplay was rough and no one had time for me once they looked at the first few pages. Fortunately for me, I’m sure I was forgotten before they ordered lunch.

Don’t be like Hans. Don’t pass out a rough draft and get a nasty surprise. Photo Courtesy: 20th Century Fox

I met a newbie writer who had just written her very first screenplay. A friend told me that the story was brilliant. The idea was based on a relative of the writer’s who engaged in a real life crime that is almost too good to be true. She had gold in her hands.

She gave this script to me and wanted honest feedback. Now, my thing is to never be unkind. There are too many jerks in the world. I don’t need to add to that. But I do want to be constructive. It’s tricky, though, when something blows. And, man oh man, this thing was a stinker. It barely made sense.

I dreaded sitting down with her because I wanted to give her something constructive to work with. I finally came up with some notes that were hopefully something she could use, but ending with suggesting that she take a few more passes at it.

I wanted to start out very gently and then work up to the bigger issue. I was carefully wading into the first note when she cut me off and was appalled that I didn’t love her word garbage. She was making this face like she was getting bad cell phone service while she began to turn bright red and bash my half-said innocuous note. Uh, nope.

I immediately stopped talking. This wasn’t my first rodeo and one of my biggest peeves is when someone wastes my time. She was a friend of a friend, this writer. And I learned once again to get a better sense of someone before reading their work. So shame on me. But she really needed to learn some manners. This is not how you take a note, even if you vehemently disagree with it. Especially if this is your very first screenplay and you’re brand new at the game. I mean, I gave her a very nearly-nothing note and was kind of shocked to see her fall to pieces.

The kicker of the silly/frustrating encounter was that she informed me that she’d already taken it around town to some fairly large production companies. Meaning, she had mailed it off to the addresses of top companies and hadn’t heard a thing. But she was proud of the fact that she had gotten her stuff “out there” to the big dogs and who was I?

She felt that simply typing 125 pages of nonsense was enough work. I don’t wish her ill. Maybe we’ll see her big caper on the screen one day. Maybe she learned. Maybe she didn’t. I’ll never know. Life is short. That was all of the time she was getting out of me. Make sure the word on the street is about your writing and not that you’re a world class wanker. Photo Courtesy: HBO

See above story. Also, humility is a super power.

How do you make sure your work is ready to hit the streets? Please share your stories, process, or any tips in the comments below.

Should you "cheat the page" to alter your script's page count? The Zookeeper’s Wife screenwriter says absolutely not.

How to Write a Great Query Letter

41 Replies to "How to Know If Your Script Doesn't Suck"