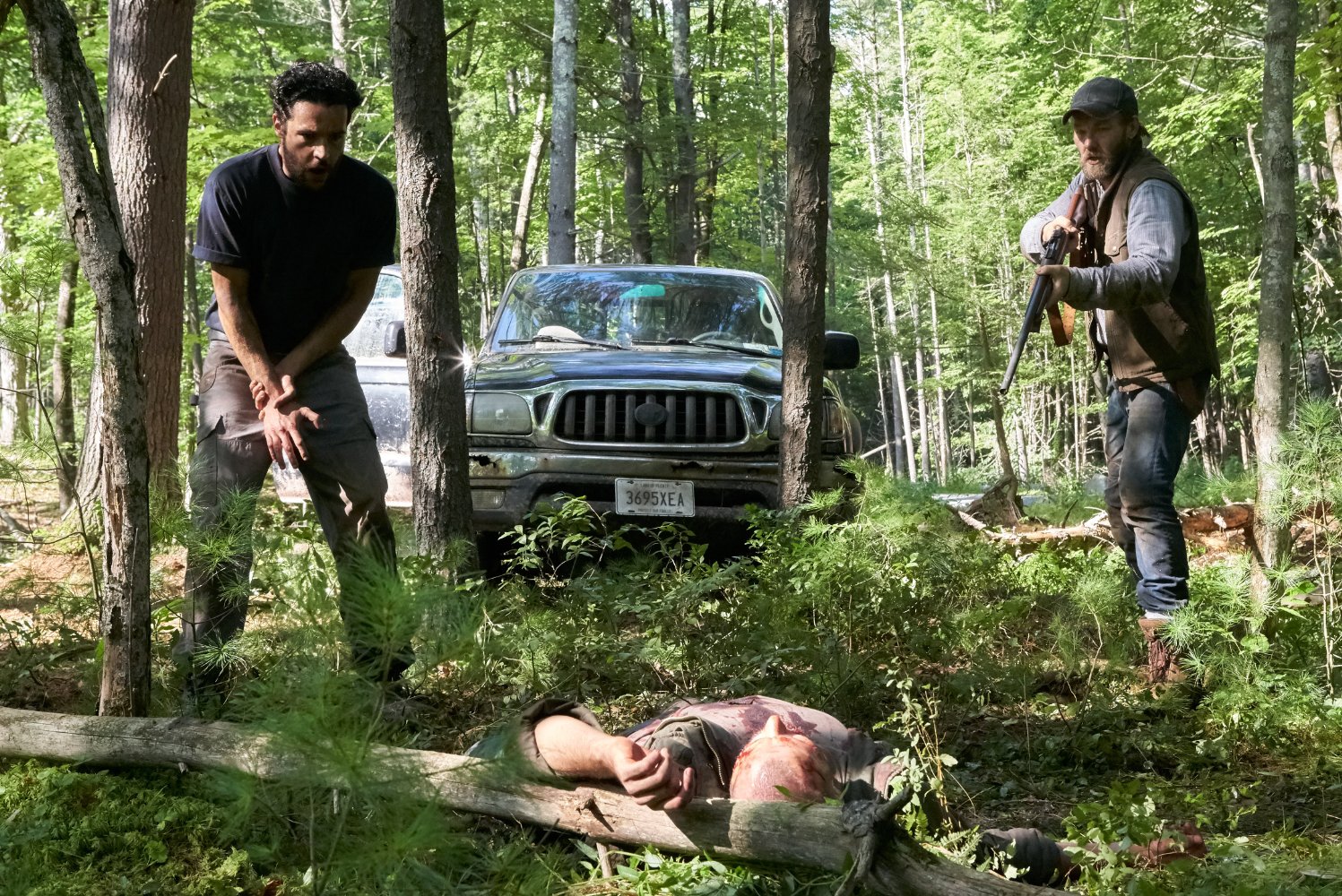 How grieving a father’s death became a horror script Riley Keough and Kelvin Harrison Jr. in It Comes at Night (2017). Photo courtesy: A24

“I’d just lost my dad to pancreatic cancer and we had a really messed up relationship. I wrote this two months later and my head was in a really crazy place. I think this was an act of grief. A purge,” says writer/director Trey Edward Shults about his new horror film It Comes at Night.

Shults says that when he was writing the film, he had no idea where all the dark thoughts were coming from. “But now, after talking about it so much and psychoanalyzing it, I think I understand where it all came from. It’s weird.”

It Comes at Night is a terrifying film. Instead of relying on ghosts, zombies or anything supernatural, it uses two very real things to scare the crap out of us: a pathogen and good, old fashioned panic.

The film opens with a family in gas masks and protective suits, living on bare essentials in a remote cabin, saying emotional goodbyes to their gravely ill grandfather (David Pendleton).  Shockingly, through tears, Paul (Joel Edgerton), puts a pillow over the dying man’s face and shoots him in the head. The body is then taken outside and burned.

Though the elderly man’s illness is never named, it’s clearly a deadly virus, perhaps similar to Ebola. It’s fatal, painful and worst of all, highly contagious, creating panic and paranoia for all the characters on screen. Anyone is vulnerable; everyone is at risk. Shults, who also wrote Krisha, didn’t set out to make a horror film.

“This one and Krisha are just so personal, and from me. This one is less straight forward and more buried into the film. I don’t know how much of that comes across.  I haven’t had time to process any of it and now, people are going to see it.  I just hope it sticks with people and they talk about it.”

Talk they will. Maybe even scream.  Many will want to get the flu shot, and at the very least, wash their hands a lot more. That’s how this film affects people – by playing on their anxiety. While there are scary visuals in the movie, the terror is mostly psychological.

Adding to the cerebral nature of this film, the characters are understandably prone to having nightmares. For Shults, one of the biggest challenges in writing the script was how to balance nightmare sequences with reality.

“I shot a version of the end that was another nightmare, where Travis [Kelvin Harrison, Jr.] has a dying fever dream. But it was just too much, way too much. Intellectually, it made sense. Intellectually, it said what I wanted to say with the movie, but you didn’t feel that. All you felt was pummeling. I had to figure out how to leave what I wanted to leave [as an ending] and say what I wanted to say. It had to be more simple, stripped down, and that took me some time to figure out. But I’m happy with how it turned out.”

Often times, horror movies are metaphors for what’s going on the world. Godzilla was a response to the nuclear attacks made by the United States on Japan. Vampire movies are fantasy-fulfillment of those sexually repressed. Zombie movies always surface when society becomes unstable. For Shults, It Comes at Night is just an honest reaction to his own fears and not intended to be a metaphor.

“I wrote this movie at the beginning of 2014, and when I wrote it, we were in a different time than we are now. I was just personally in a bad place and I had a bad feeling about the future. We finally shot this movie in 2016, and even then, the election wasn’t done. Then I was editing the movie and I’m not stupid to everything that’s going on in the world. But I never designed the movie to be very specific to this current moment or any current moment. I designed it to hopefully be universal.” Fortunately or unfortunately, the film seems to have really captured the zeitgeist of 2017: A nation that’s divided, a leader that’s unpredictable, and millions of people fighting to save their healthcare. For many, it’s a scary time, making this film a reflection of current social anxiety.

“I’m really sad to think this movie is timely. That’s not a good thing. And it’s just sad to me too because it’s just a repetition of the past.”

But Shults says there is one positive thing to come out of the current social and political turmoil. “I think a lot of times when that [turmoil] happens, great art comes out of it and we get some awesome films. So that’s something to be excited about.”

It Comes at Night is currently playing in theaters.

Five Things You Should Never Do In A Pitch Meeting