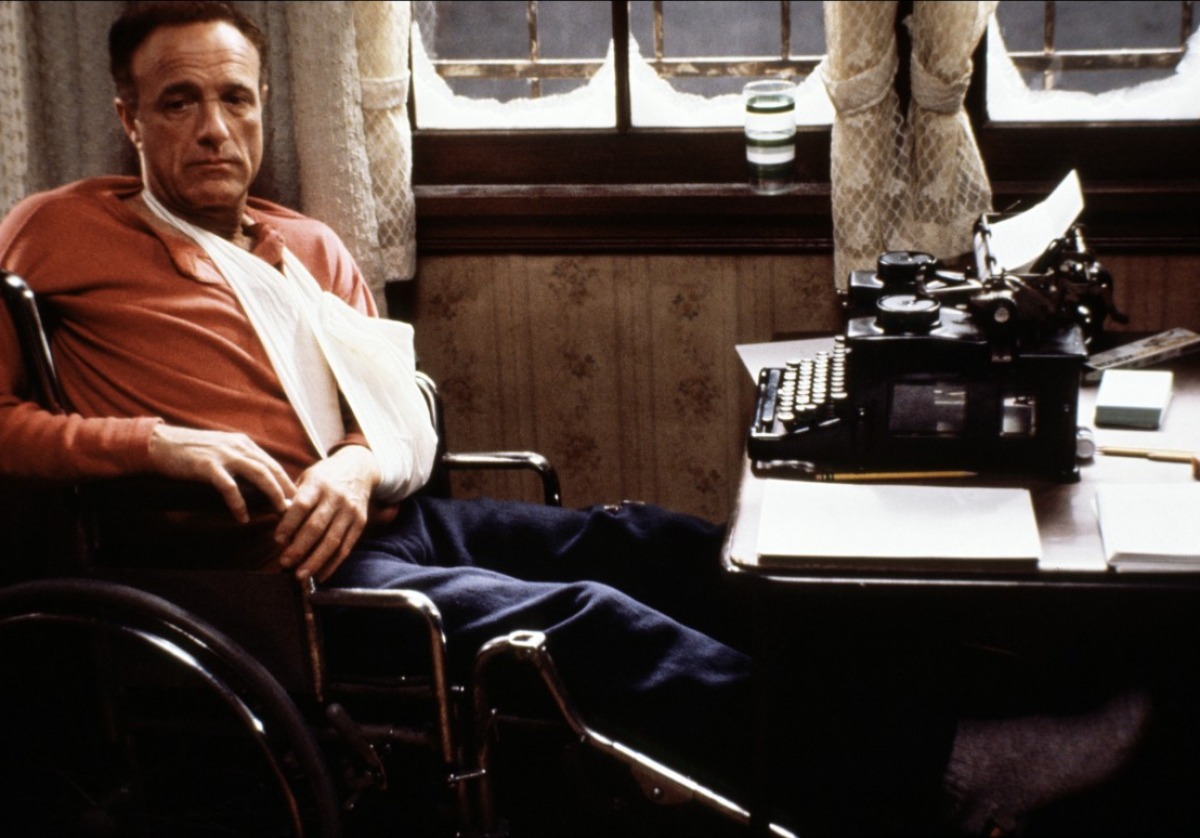 Don’t let anyone else tell you what to write. Photo courtesy: Castle Rock Entertainment

Sometimes a script is too personal, at least this has been my experience. What I mean by that is you don’t always have to mine your life for the sake of your art. Why? Because sometimes, it’s just not necessary. I’m not saying this is a hard and fast rule. Let me explain.

I appreciate and respect writers who can bring their darkest stories to the screen. It’s brave, especially given the troll-heavy world we live in. But I prefer to conjure darkness without relying fully upon personal experiences, although I am certainly informed by them. I’m not saying don’t write about deeply personal things. If you’re made for it, please don’t let me or anyone stop you. I’m just suggesting that sometimes you don’t have to, even if you’ve got some really good stuff to draw from.

I don’t know how many times you’ve been told to write what you know but I’ve heard it enough to know when NOT to do it. Let me tell you a story.

I wrote a screenplay a few years back about something that happened in my life. Something pretty heavy. I was pushed into writing about the event during a writer’s workshop. I shared the story after class over beers and the instructor just wouldn’t let it go until I agreed to turn the experience into a feature script.

The entire time I was writing this thing, something felt wrong. Like I should not be baring my soul for the sake of a screenplay. I showed the script to a good friend who said, “This is crazy good and I’d watch it but are you sure you want to put this out there.” I did not. That was it for me. That script will never see the light of day.

The way I saw it, I didn’t want to reveal this dark thing even though I know it would make a good script. It wasn’t worth the exposure and the energy drain not to mention the emotional toll. I’d already dealt with it and didn’t need to retread. There are many out there who will tell you to write the brutal truth, no matter what. And if that works for you, awesome.

In fact, many screenwriters make a living exploring brutal truths. Sometimes it’s their truth, sometimes it’s other people’s. So this advice is not for you. You know how to navigate those waters. This is for those who feel the need to open a vein on the page and are struggling with it. It’s okay to walk away. Sacrificing Someone’s Story to Tell Another

Lion is based on Saroo Brierley’s book A Long Way Home. We see how cathartic the book and film have been for both Saroo’s birth mother Kamla and family in Khandwa as well as his adopted parents Sue and John in Hobart, Tasmania.

But I often wonder about Mantosh, Saroo’s adopted brother who was beaten and molested before coming to the Brierley family in Australia. The child came to the Brierleys mentally and physically broken.  Mantosh’s trauma is played out on screen from those first few days to a grown up, where the emotional scars clearly hadn’t healed.

The real Mantosh struggled with his depiction and as much as I appreciated the film, I empathized with his reaction. While his brother found closure, Mantosh’s story remained open ended. That is the truth and the filmmakers saw fit to portray Mantosh’s pain. I’m not saying the film shouldn’t have been made or Mantosh should have been given a fake happy ending or anything like that but, well, maybe some of you will get what I’m saying. Possibly Mantosh deserved better onscreen. I don’t know.

In a Hollywood Reporter interview with Lion screenwriter Luke Davies said of Mantosh’s take on the film, “Mantosh loves Saroo and supports him, even though it makes him uncomfortable. Is that pain? Yes.” But is it necessary to show the seemingly unresolved pain of a person while also showing the full resolution of the other?

Leaning on the Past Without Falling In

I grew up in the backwoods in a kind of redneck Huckleberry Finn situation. I have a lot of funny stories, mostly featuring my grandma trying to put snuff (finely ground tobacco for the yankees) on open wounds. We weren’t a big doctor or hospital kind of family.

But when I’ve sat down to put those stories in a screenplay, they felt flat. I consider them cocktail stories, not the basis for a screenplay or public use. I’ve learned to use my background to inform some characters and in a couple of cases create them but not as a platform per se. This is purely a personal choice and, again, I’m not suggesting that writers shy away from a deeply personal material. It’s just not for me.

Writing completely outside of my experience where I have to research and immerse myself until I come out the other side is where I feel most challenged and satisfied.

Why didn’t I write a version of that heavy real life experience? Even that didn’t feel right. I could change the names and the places but I would know. And that would have nagged at me. It wouldn’t have done me or the others involved any good.

I’ve helped other writers adjust their scripts that were based on true stories. It’s not my story so I’m not burdened with the attachment and emotion. But I am always empathetic and try to imagine any possible fall out from the telling of a story.

That empathy has helped me to help other writers. My job is to navigate through the piece while keeping the drama or comedy in place and offloading things that might be problematic for those involved. But for some reason, I can’t do it for myself. Weird, huh?

Have you ever found yourself in this position? Where a script is too personal and you dreaded it or even experienced some backlash or pain? I’d love to hear your input. You guys are great that way.

39 Replies to "When a Script Is Too Personal"