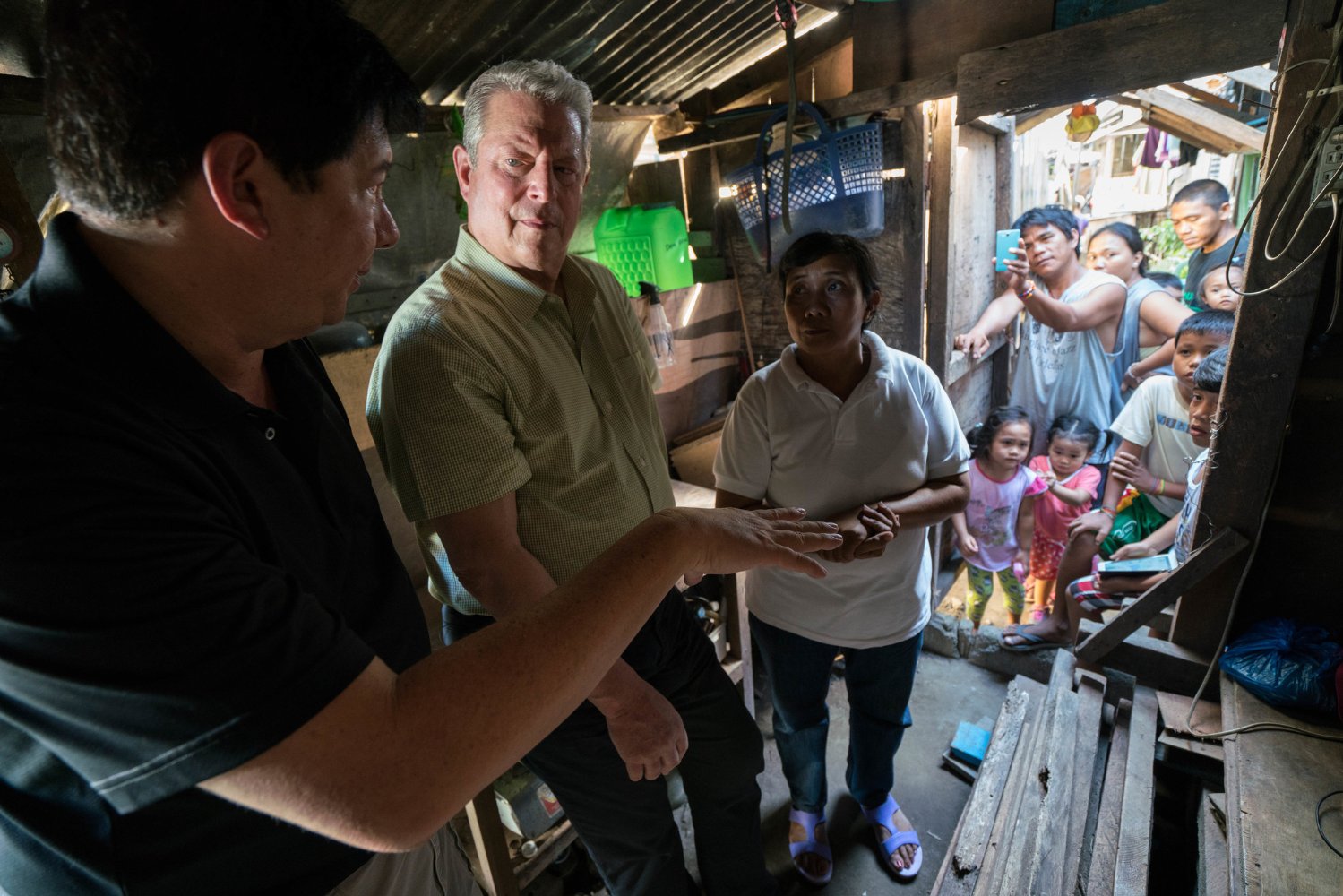 It’s hard to believe it’s been 11 years since the documentary An Inconvenient Truth became planet Earth’s biggest wakeup call ever to be put on celluloid. Now, the Emmy-nominated directors, Bonni Cohen and Jon Shenk (The Rape of Europa, Audrie & Daisy), have joined forces with Al Gore to tackle the sequel.

All three filmmakers gathered at YouTube Space in Playa Vista on July 28 to talk about An Inconvenient Sequel: Truth to Power and share their cautious optimism.

Co-director Shenk says making this movie offered a totally new experience for him as a filmmaker.  “We felt like we could make a new type of story. We followed [Gore] around and saw the world through his eyes and experienced the day-to-day drama that he goes through in order to find the solutions.”

According to Gore, the solutions to climate change are abundant in 2017. Though he said that climate related extreme weather events are a lot more numerous now, there is finally hope. “We have the solutions now. Solar and wind electricity have come down incredibly fast in price. Electric cars are becoming available – the new consumer version of Tesla is about to come out and all the major manufacturers are about to introduce [electric cars]. Batteries are coming down [in price], so we have the ability to solve this now and I think it’s important to convey that message.  It’s one of the reasons why people come away from watching Bonnie and John’s film feeling hopeful, but also feeling a great sense of urgency.”

But any documentarian knows that facts and figures alone – good or bad – don’t make for a great film. “Bonni and I feel that, at their core, films are really emotional vehicles. They can wake people up through the power of story.”

When making the film, the biggest surprise to Cohen and Shenk was the connection between extreme weather events and YouTube. It is now common for people all over the world to take a video of the extreme hailstorm, tornado or fire whirl outside their window and share it with the internet. Shenk sees this as a tool when it comes to dealing with those who still don’t think climate change is real.

“People are noticing the climate is changing very quickly,” says Shenk. “People are looking on the computer or in their daily lives and are seeing evidence of something they are being told doesn’t exist. The two things aren’t jiving. It’s becoming clearer to people… that now is the time to act, especially since the solutions are here.”

The connection between YouTube and climate change is clear as a bell in An Inconvenient Sequel. In the first film, Gore is seen going through a slideshow of mostly still photos and graphs. A lot of YouTube video from all over the world can be seen in the sequel.

“Some of it looks – from a visual perspective – it looks like computer generated material,” said Cohen. “The best example came from a helicopter pilot in Greenland who is flying his helicopter over the Jakobshavn glacier. He noted it was the middle of April, quite early, he noticed that not only was it extremely hotter than normal but the glaciers were exploding and just falling down in all these different places. So he pulled out his iPhone and he just recorded it out the window. You’ll see it in the film… it looks like something out of the most beautifully directed sci-fi film you’ve ever seen and it’s actually our world.”

In fact, YouTube videos are making their way into other movies and TV shows as well. The Emoji Movie featured the viral video “hands up: kitten.”

Gore also spoke about the power of images. The first photograph of the Earth was taken by the ATS-3 satellite in 1967. Another image of the Earth called The Blue Marble was taken in 1972 by Apollo 17 and spurned great environmental activism.

“No one had ever seen images like that before, it really has a big effect,” said Gore. “Within 18 months the first Earth Day was organized and major environmental legislation like the Clean Air Act was passed… Realizing we all share the same home that is now at risk, at least the conditions that are conducive to the flourishing of humanity are at risk, and having that perspective is invaluable.”

An Inconvenient Sequel: Truth to Power is currently playing in Los Angeles and New York and will open wide August 4.