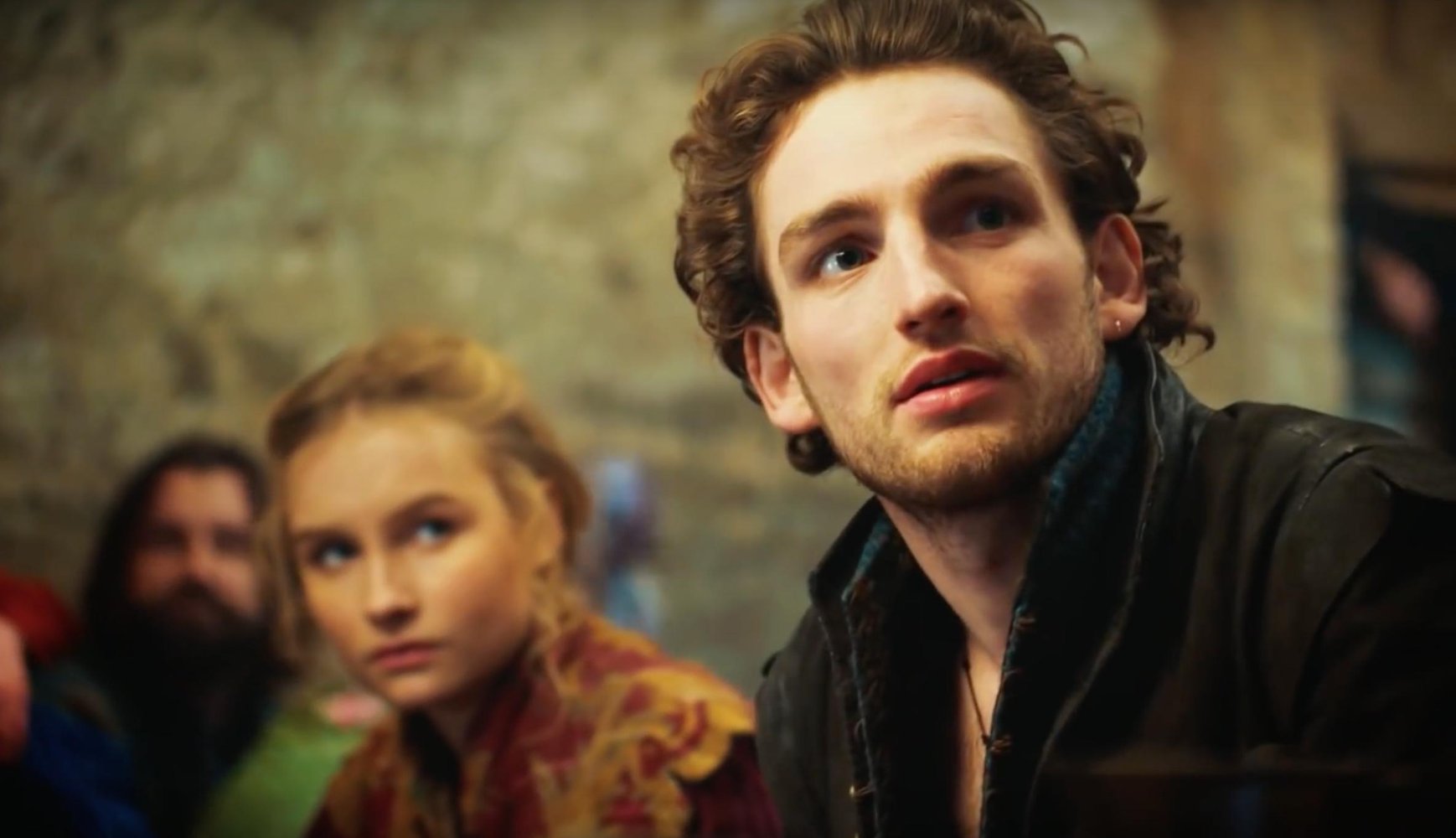 The TNT show Will, about the life and loves of William Shakespeare, starts out innocently enough. Will (Laurie Davidson), tells his wife Anna (Deirdre Mullins), “I can’t spend the rest of my life making gloves” before leaving her and his three kids in Stratford-upon-Avon to head for the big city.  You may think you know the story, but for Craig Pearce, Moulin Rouge co-writer and oft collaborator with Baz Luhrmann, all the world’s a stage and he has more than a few tricks up his ruffled sleeve when it comes to telling Shakespeare’s tale.

By trade, Pearce is an actor, just as Shakespeare was.  Hailing from Australia, he co-wrote Strictly Ballroom (with Luhrmann) in 1992 and has since become one of cinema’s most masterful screenwriters for his ability to update antiquated stories by giving them all the sound and fury modernity can offer.

Every time I think of Moulin Rouge, I get chills remembering the brutally sexy tango danced to “Roxanne.”

The protagonist in Will is also guilty of unchecked desire, causing him to pursue rock star-like fame via the Elizabethan stage. In a mash-up style that mixes modern music and clothing with history, Will makes his way to London, and The Clash’s “London Calling” begins to roar, underlining the savage nature of London in the late 16th century.

Yes, you can say Pearce has a signature style, but he claims there’s a narrative purpose for every anachronism he includes in his scripts.

“I wanted to pull Shakespeare out of the dusty pages of the history and that’s the reason for this style of the show,” says Pearce, who thinks period drama often falls victim to clichés.

“We think people walked and talked really slowly back then because they had so much time but that really wasn’t the case. The theater business was torrid and lively – people didn’t have a lot of time and they didn’t know if they were going to be alive tomorrow because it was such a dangerous world.” Pearce very consciously wanted to draw a parallel between then and 2017.

“Their world was divided by religious fundamentalists,” says Pearce. In the show, it’s the Protestants vs. the Catholics.

“And popular culture was being born,” he says. In the show, it’s the theatre. Today, we’re seeing the birth global culture partly due to the internet. But it’s Shakespeare’s characters that bring out the biggest similarities.

“Shakespeare writes a character like King Lear – a vain, egotistical, late middle-aged man who goes around his cabinet and asks, ‘Who loves me the most?’” The parallels to today are obvious and endless, and that’s Pearce’s point.

The scenes where the Catholics are being tortured are also relevant, even if they’re hard to watch. “There’s nothing gratuitous about the torture. I think we need to be reminded how horrible torture is because it exists in our world. Shakespeare may or may not have been secretly Catholic, but he did live in a police state and we have this very rose colored vision of what Elizabethan England was like. The truth was that England was surrounded by these very hostile Catholic nations – it was trying to survive, but it was also spying on and terrorizing its own citizens to try and stay in power.  That was the dramatic reality and it is reflected in many of Shakespeare’s plays.” Pearce reiterates that the punk rock music and hairstyles aren’t in the show just to be “cool.”

“If you try to divorce the [Elizabethan] period from our modern times, there’s a tendency to go, ‘Oh, that was in the olden days.’ But I really wanted to say that the characters are very much like people in our time and the theater world was really much more like the punk movement of the 70s and 80s.”

So, does the mash-up work? Methinks yes! Will is probably the most exciting period drama on TV right now. With costumes out of an acid flashback, nostalgic tunes like Iggy Pop’s “Lust for Life” and Christopher Marlowe’s (Jamie Campbell Bower) and Will’s surprise kiss, there’s much that feels fresh here.

Want to liven up your own period script? Pearce has some advice.

“Do a huge amount of research and have a strong foundation.  People might say, ‘Hey, they didn’t have punk hairdos in Elizabethan times and I’ll say, ‘Oh really? Sh*t, I forgot!’  But all the choices that were made in the design and everything else are based on lots of research. The truth is always stranger than anything you can dream up in fiction.”

Will currently airs Monday nights on TNT or you can binge the entire season here:

The Tick writer on “The creative renaissance that really backs writers”