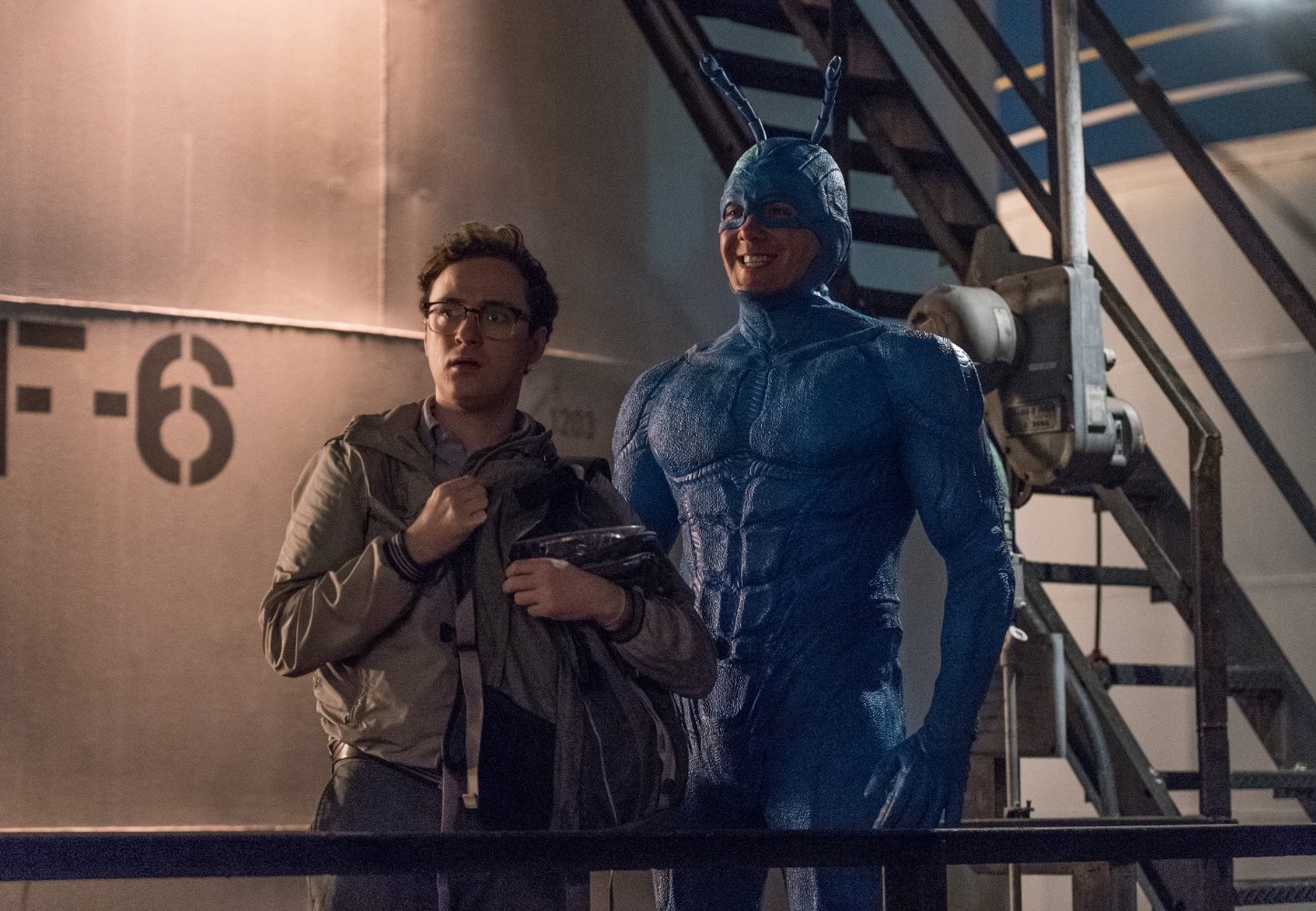 The Tick writer on “The creative renaissance that really backs writers” Never heard of a superhero called The Tick? You may be surprised to learn that he’s been around since the 1980s when 17-year-old Ben Edlund first started creating the comic books.  The Tick first came to television in the ‘90s as an animated kids show for Fox.  Later in the 2000s, Fox did a live-action version starring Patrick Warburton. Now, Amazon Studios has taken the reigns for a brand new version starring Peter Serafinowicz. We sat down with Susan Hurwitz Arneson, one of the show’s writers, to find out more about writing for television in the age of streaming.

Arneson describes herself as a “Batman nerd” and has been obsessed with superheroes, including The Tick, since the late ‘80s.  “He was just a big blue strong dummy with a sidekick in a moth suit who’s an accountant named Arthur. It was always offbeat and quirky –  hilarious. So this show is the newest iteration. It’s a really great time for it because of the rise of superheroes, I mean they’re everywhere. It’s a great time to take another whack at The Tick and make fun of the genre.”

Arneson credits the rise of streaming services, like Amazon, for the rebirth of this rare superhero-comedy. “We’re seeing a creative renaissance that really backs writers and creators. I’m hoping it’s going to make a positive impact on my career because when my time is done on The Tick, I’d like my next project to be something of my own that I could do in my own voice. So, I think that’s really what streaming has done for us, besides creating more content. I mean, the need for content is huge.” Streaming services have been a breath of fresh air in an industry that has been adhering to the same development process for decades. “They still have pilot season, they still have staffing season and they’re still on that weird clock. I think it kind of stagnates the creative process.”

While getting her MFA in screenwriting from UCLA, Arneson entered a feature script in the school-sponsored competition called Showcase. “It was a very personal, romantic comedy based on my weird family my upbringing.”

Her screenplay didn’t win the competition, but it got the attention of one of the judges, producer Kevin Messick, who helped Arneson get her first agent.

“We went out in town with the script. It did not sell.  Classic Hollywood.”

Like many writers, she took a number of meetings on what she calls “The hydration tour” because everyone gives you a bottle of water at the start of the meeting. But a meeting she took at Fox with former South Park producer Debbie Leibling changed everything.

Arneson told Leibling what a big South Park fan she was and casually mentioned she had written a spec of it in film school. Leibling asked to read it.

“Out of the blue on a Friday I got a call from [South Park producer] Anne Garefino, who had a relationship with Debbie. Anne said, ‘Look, we’re starting up for the second half of Season 10 tomorrow morning. We’d like to bring you in on a two-week trial.  At the end of that we’ll either hire you for the rest of the season or we’ll fire you.’ So I started at 10 o’clock the next morning and ended up staying about six seasons out.”

Arneson says she learned two major things from working with Matt Stone and Trey Parker, the creators of South Park. “South Park very much like The Tick in that it’s Matt and Trey’s show. I came in at season 10. I wasn’t going to go in there and be the funniest person in the room. It wasn’t about me trying to push my viewpoint, especially since each episode is done in six days.

Arneson says she quickly learned to put her ego aside and just do everything she could to help get the episode done.

No. 2 — The best comedy comes out of character

“It’s not about just gags. I mean, Matt and Trey threw away a huge amount of funny if it just didn’t feel true to the boys or if it wasn’t working in the story. That was a really valuable lesson to learn. People want to tune into characters that they care about in both comedy and drama.

Arneson’s advice for writing a TV spec is to write something wholly original and unique to you. “I wrote my feature and later a pilot completely in my voice. A script can sell, but most of the time they’re a calling card. And in television, you will get staffed based on that calling card. Television is all about pitches, you’ll rarely sell a written script.

Everyone else can watch it starting August 25.