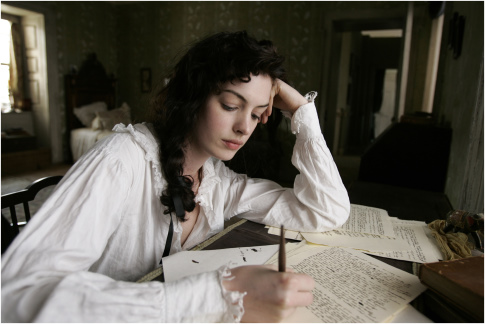 Writing a screenplay can be intimidating, even if you’ve done it before. It’s a lot of time, a lot of brainpower and a lot of staring at a blank screen. But don’t stress out! Here are 10 simple steps you can use to guide you through the process.

No. 1: Create your logline

A logline is one to two sentences that teases what we can expect from your movie. It is a snappy who, what and where that also tells you the genre.  Let’s look at the logline from Blade Runner:

A blade runner must pursue and try to terminate four replicants who stole a ship in space and have returned to Earth to find their creation.

Who: “A blade runner”

Where: Well, Earth – in the future. But there’s no need to stay “a futuristic Earth” because words like “replicants” and “ship in space” say it for you. Those words also tell you the genre – sci fi, so you don’t have to say the genre.

By starting with a logline, you’ll have clarity on the story you’re trying to tell. And, your logline is the one thing most producers will read! No. 2: Get to know your protagonist and antagonist

This is the most important relationship in your screenplay. Your antagonist must be stronger than your protagonist until the third act. Make your antagonist very good at what he or she does. The Queen/Witch from Snow White and the Seven Dwarfs uses powerful magic to control Snow White, but ultimately, it’s magic (and a little love) that defeats the Queen. Think about ways in which your protag will finally take down your antag – and get creative. This doesn’t have to be elaborate, just one to two paragraphs for each act. See if you can determine your inciting incident and what happens at the end of the first act to put your protagonist in a whole new world. Then get a general idea of what’s going to happen in your second act, including determining the midpoint or turning point for your protagonist. Try to include the “all is lost moment” where the worst thing next to death happens to your protag. It’s OK if you don’t know exactly what your mid-point or “all is lost moment” is going to be, but take a guess and put in a placeholder at the very least. Then move on to the third act and determine how your protagonist is going to defeat the antagonist. This is a more detailed version of your three act outline. Write down a few sentences about each big step or big event that takes place. In a rom/com, it may include the cute-meet and what obstacles are keeping the would-be lovers apart. You may have three steps in your first act, six steps in your second act and two steps in your third act. You’re just trying to connect the dots as best you can. This is where you give yourself a set period of time – perhaps two or three weeks – to just vomit out the entire story.  In this draft, we’re not worrying about page numbers or even act breaks. By now, the main events should be imbedded in your mind, so just write it. Don’t edit as you go – force yourself to keep moving forward until you get to the end. It may be too short, or it may be too long and that’s OK. The point is to get as much of it out on paper as possible. The Good, the Bad and the Ugly. Photo courtesy: Warner Home Video

Take a break from your script and watch every movie you can find in your genre.  As you watch these films, take note of their structures. Do they use a circular structure? Is there an unreliable narrator? Become the expert on what has already been done in the genre and hopefully this phase will give you ideas on how to fix any story problems you may have. Now’s the time to go back and really do the hard work: character development. What events in your characters’ past have led them to where they are today? How do they react when they are backed into a corner? How does your character express love? Track your main characters – what does your protag want? Does every action and piece of dialogue have a motivation connected to that want? How can your differentiate your antagonist from other antagonists? The more complex characters you have, the better the conflict will be. Take the time to really understand your images.  Is there some kind of theme or style you’re trying to evoke? Are there motifs that repeat? Find the spots where you can “show” and not “tell” with dialogue. Find actions that can replace dialogue. Rewrite to your heart’s content and hopefully, you’ve come up with a title. When you feel comfortable showing a draft to another writer, do a script exchange where you each evaluate each other’s scripts. Take the notes you like, dump everything else. If it’s a comedy, get some people together, order a pizza, and do a live reading.

What screenplay are you planning to begin?

In the Beginning… There Was the Joke