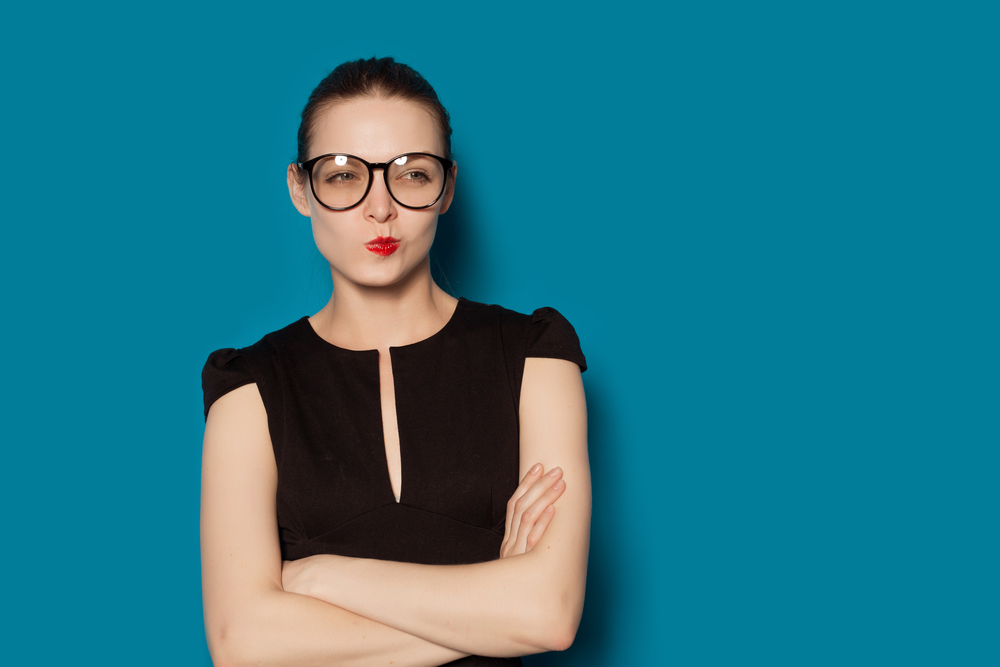 Did You Have Overly Critical Parents? Then You Probably Have an Overly Active Inner Critic. “I can’t believe you even have the nerve to call yourself a writer.”

“You can do better than that. You always did have problems living up to your potential.”

If you had to guess, where do you think these statements came from? Maybe they’re excerpts from the vicious comments of online trolls and bullies? Or maybe they came from the most stinging rejection letters writers have ever received?

Nope. You would be wrong. Statements like these are among the most often reported put-downs that my clients tell me they hear from their inner critics.

When we talk about the inner critic we usually focus on someone else’s inner critic—we read the article about the successful director that still suffers from self doubt, or we talk to the person in our writing group who just sold a script and they tell us they’re worried that everyone will think they’re a fraud. In cases like these it’s easy to see the inner critic for what it is: A nebulous cloud of doubts and worries that isn’t rooted in reality. But when it comes to our own inner critic, truth and fantasy become much more difficult to separate from each other.

This is because the inner critic actually isn’t just a nebulous cloud of doubts and worries. Instead, it’s a voice that comes from deep within our subconscious brain. It’s a running dialogue that reflects the dark side of our childhood and past, and any traumatic experiences we went through during those times. “Trauma” in this case doesn’t have to be extreme or involve physical violence. Humans experience trauma in a variety of different situations. If you grew up around people who routinely criticized you, ignored you, or dismissed you, that was traumatic. Similarly, if you grew up with parents who turned that kind of hurtful energy on themselves—through self-hatred, constant self-criticism, or chronic low self-esteem—that also affected you, and the way your inner critic talks to you today.

Through my coaching work with writers I’ve found that creative people tend to suffer from two very distinct types of inner critic, and that these types can be directly linked back to two different sets of critical parents. The two types are two sides of the same coin, and it’s very normal to see the inner critic slide back and forth on the spectrum at times.

“You Must Be Perfect” = You Always Feel Inadequate

The “You Must Be Perfect” parents are people who live through a persona. They are always looking outside of themselves and at what their neighbors are doing to see if they measure up. They never feel good enough and most of their energy goes into ensuring they drive the best car, get the next promotion, and never, ever make a mistake. If they do make mistakes, they quickly cover them up and push blame onto someone else, while inwardly heaping shame on themselves for being such an idiot.

“‘Overly demanding and critical parents put a lot of pressure on kids to achieve,’” says psychologist Randy O. Frost, a professor at Smith College, in “Pitfalls of Perfectionism” from Psychology Today. “‘Our studies show that is associated with perfectionism.’…There’s a modeling effect, so that parents who are obsessively concerned with mistakes raise children who are, too.”

Writers who grew up with critical parents who were always pushing them to achieve more, more, more and never accept mistakes turn into writers who never feel like anything they accomplish is good enough. It doesn’t matter if you sell a script, win an award, or are recognized for excellence by all of your peers. If you don’t deal with that unfinished business from your childhood you will always hear that nagging voice in your head that sounds oh-so-rational, but is really only an echo of your parents’ unrealistic expectations.

How to Overcome It:

“If a critical parent has wounded you deeply it’s helpful to remember that the criticism and the wounding were never really about you. It was always just a projection of something your parent hadn’t dealt with in themselves,” says Graham Stoney of the Confident Man Project. “Acknowledging your true feelings in the face of criticism helps to break the vicious cycle that critical people find themselves in by triggering their compassion and lessening their emotional isolation.”

Whenever a client tells me her inner critic has started yelling at her, I ask one simple question: “Whose voice is that? Whose voice is it really?” It’s usually mom or dad. Once we recognize that voice, we can usually also recognize the pain in it and see that it’s not really about us, and it never was.

“Everything You Do Is Wrong” = Why Even Try?

People with the “everything you do is wrong” parents are closely related to the “you must be perfect” people, with one small but important difference. Instead of being pushed to do better, they were encouraged to believe that no matter what they did, they would fail. People who had parents like this grew up feeling like a failure in everything: school, relationships, personal skills, creative abilities…life.

“Many children of toxic parents suffer from an ‘inner critical voice’ which tells them (like their parents did) that they are stupid, worthless, unworthy, complete failures, and/or general trash,” according to the “7 Signs You Grew Up with a Toxic Parent and Didn’t Know It” Bustle. “If your self-esteem constantly feels battered when you’re around your parents or thinking about incidents from your childhood, you may have a toxicity problem.”

My writer clients who had verbally, physically, or psychologically abusive parents who told them relentlessly that they would always fail report the highest incidences of fear or panic about putting their writing work out into the world. From an early age they were conditioned to expect the harshest criticism of their best efforts, and these expectations have followed them into their writing careers.

How to Overcome It

Coaching is one way my clients get help to fight their inner critics, but there are a variety of resources out there for you. In-person support groups and online forums are just two good options that can help anyone start to rebuild their self esteem after years spent with verbally abusive or overly critical parents.

The best way to deal with any inner critic is to get real about what you’re experiencing, and get help. You’re not alone and you’re definitely not the first writer who has ever dealt with unfinished business from childhood.

When you start talking about it, you start healing.

4 Replies to "Did You Have Overly Critical Parents? Then You Probably Have an Overly Active Inner Critic."