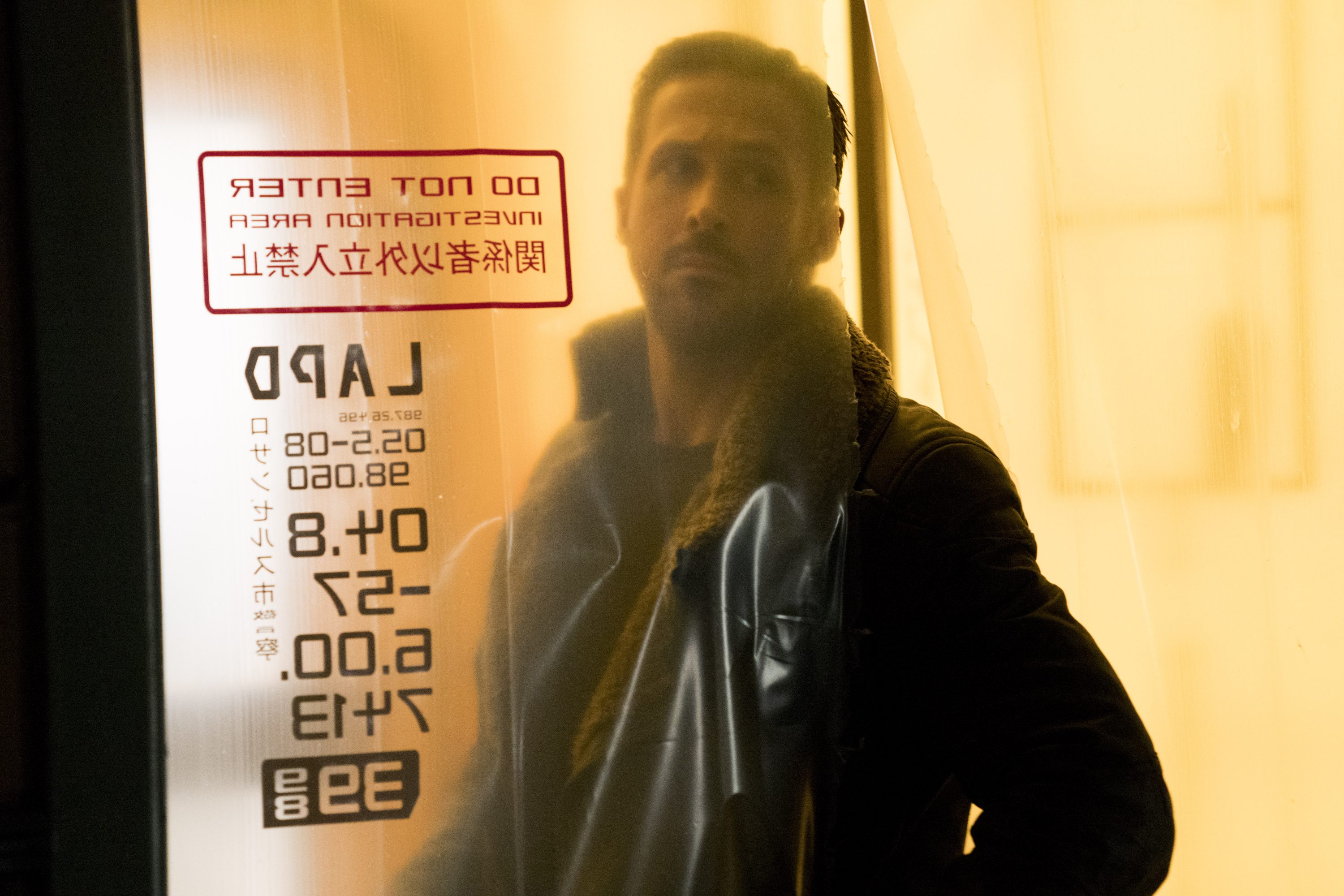 I’ve called Blade Runner 2049 the most anticipated movie sequel off all time. It’s 35 years in the making and transports us into a fabricated future and sees the return of Harrison Ford in a third act full of lush visuals, action-hero bravado, human compassion and dire brutality. The film is well worth the long wait.

Hampton Fancher and David Webb Peoples wrote the original screenplay for Blade Runner based on the Philip K. Dick story Do Androids Dream of Electric Sheep. This time, Fancher wrote a short story that became fodder for the sequel and collaborated with writer Michael Green on the new screenplay.

Perhaps the busiest writer in Hollywood, Green has four giant films releasing this year. In addition to BR2049, he co-wrote Alien: Covenant and Logan. He also wrote the upcoming remake of Murder on the Orient Express. All that while writing and producing the TV show American Gods. Yeah, that’s a lot for anyone, human or replicant.

Green was a latecomer to Blade Runner, but that’s not surprising considering he was only nine when it came out. But even as a child, he was a movie enthusiast.  “I saw E.T. five times in the theater. I asked every family member to take me. I was completely unaware there was a film called Blade Runner.”

As the years went on and he became interested in a writing career, he finally caught part of BR on cable when he was in college. “I found a TV in a dumpster and it got one channel with rabbit ears. It’s kind of romantic when I think about it. I turned it on and the director’s cut of Blade Runner was playing.”

He thought he’d watch for five minutes while he ate some noodles, but he became enthralled. “Later came the Laser Disc, then the DVD, then there was a new version. But I don’t think I’ve ever seen it in the theater, which is an experience I’d love to have.”

Then came the viewing of the original BR after he got the job to write the sequel. Green claims it was a very different experience.

He began to ask himself questions like, “What is it about this film that makes me revere it? Why did it stick in my memory?  Why did it change my own consciousness?” Though Green wouldn’t answer those questions for me during my 15-minute interview, he really didn’t need to. His answers were in his screenplay.

2049 is a creation myth to rival Genesis. At times, the film walks through Adam and Eve territory. At other times, it’s a glorious fairy tale with moments of Pinocchio and Snow White and the Huntsman. I asked Green if these allusions were intentional. Again, he was a bit cagey.

“I’m certain that you, as a viewer, will see different iconic lighthouses or flags in the slalom than I did. But there were things we had in mind. Paradise Lost came up a lot when I was talking to Ridley. There is a Deuteronomical aspect to it, certainly in the first film. ‘I want more life, Father’ is as much a Deuteronomy quote as Deuteronomy.”

To buttress its mythic structure, 2049 incorporates several giant reveals and reversals.  I’ve chosen not to share them here so you may experience them on your own.  But these twists and turns no doubt informed the structure of the screenplay.  Green says he simply followed his instinct.

“When you know where you want to go, and what moments you want to make land, then certain placements of things become inevitable. For one thing to be true, other things need to be true leading up to it.”

If that sounds a bit like math, Green says you’d be correct.

“Whenever I talk to screenwriting students, I say – not jokingly – that if you’re not taking a math class, or if your screenwriting courses are not teaching math, they are just peddling bullshit theory and you should go.”

“I came from television, and if you’re ever going to be a producer, literal, actual math comes into play more often than you think because it’s a numbers game of ‘how can I do what I need to do in the time or with the resources I have?’ That is actual math.

“Then there’s structural math. It’s not the cynical application of formula, which is a way to get through something when you lack talent but have fortitude. Although formulas can certainly get some people to a place where they can employ creativity. [Structure] requires knowing when something plus something equals something.”

Green says to beware of studying just theory, because, “The practice of telling a story visually f***ing requires math.”

He has harsh words for anyone who thinks being a writer will offer an escape from numerical equations. “They’re f**king self-deluded.  I want to tell them, ‘No, you’re wrong! That’s not the career you want!’ There are plenty of other careers where you never have to do math again.”

Math plays out in yet another important way when it comes to movies: the box office. While Blade Runner was a financial flop back in 1982, Warner Bros. is hoping 2049 will be a boom. With advanced ticket sales currently outpacing other successful movies like Mad Max: Fury Road and The Martian, Warner Bros. stands to get their wish.

Blade Runner 2049 opens October 6. Let us know if you’re planning to see it.

Did You Have Overly Critical Parents? Then You Probably Have an Overly Active Inner Critic.