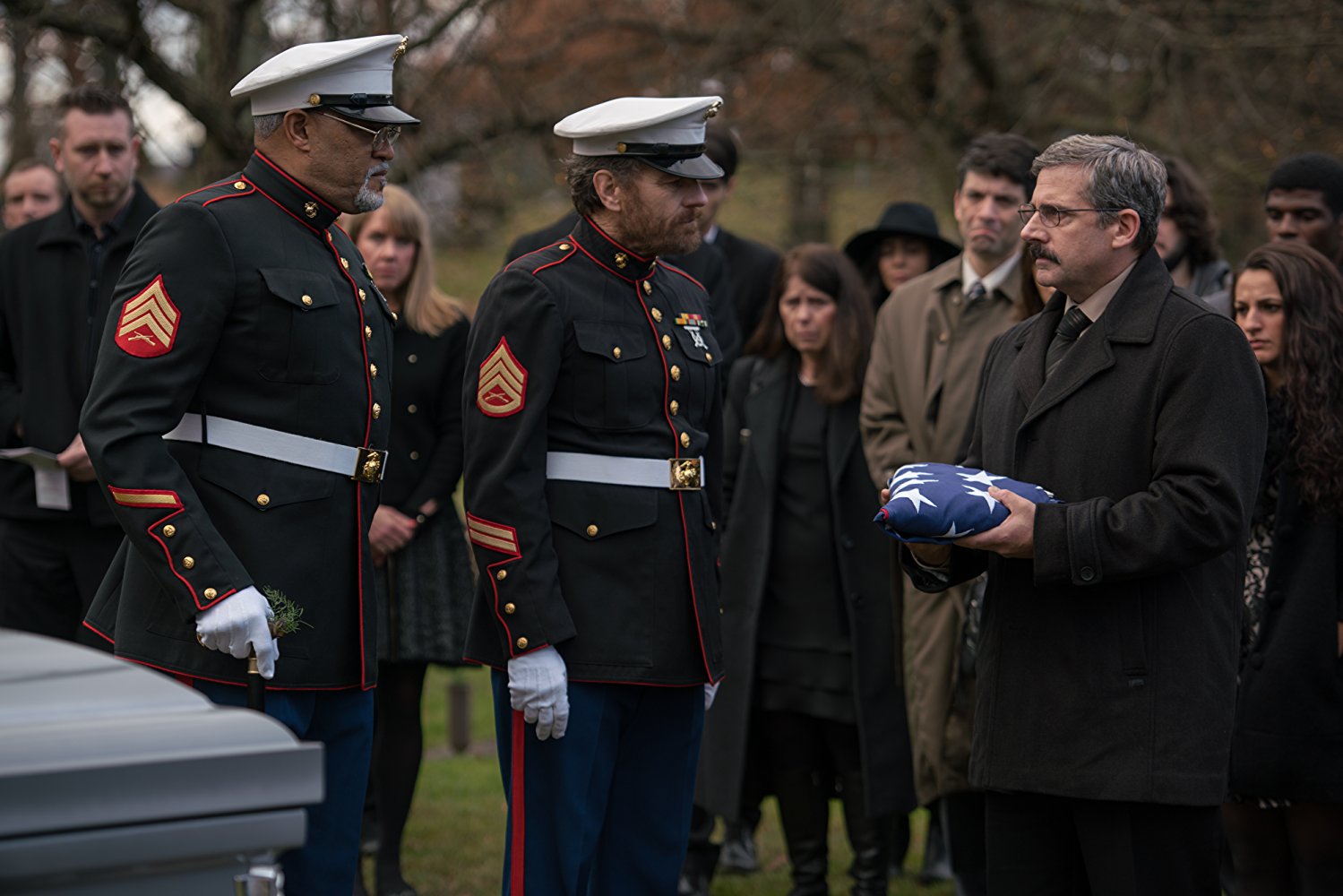 “We always forget,” says Richard Linklater, “it’s just not natural to want to kill or be around death. You see the toll it takes on our returning vets. It’s horrific. A national tragedy. Unless you’re a psychopath, it isn’t fun. It isn’t manly. It’s damaging. We’re not cut our for it.”

Linklater, 57, was too young to serve during the Vietnam War, but says he remembers the era well. Everyone was affected by the war and many lost a brother, an uncle or a friend. It is an old, familiar story.

“My dad was in the Navy at the end of the Korean War. He was on an aircraft carrier. Like most vets, he didn’t really talk about it. I asked him about it recently and he said, yeah, we’d lose a guy a week.”

Now, in 2017, America loses 22 veterans a day not from combat, but from suicide.

Linklater is angry and he should be, however, Last Flag Flying is a film with a quiet anger. The story is powerful, but it doesn’t preach and it doesn’t show violent acts. The story begins after one violent act in particular. Doc (Steve Carell), learns his son was killed in action while fighting in Iraq. He recruits his former Vietnam War buddies, Sal (Bryan Cranston), and Mueller (Laurence Fishburne), to travel with him to retrieve his son’s body. It’s a journey no father should ever have to make.

Linklater has wanted to make this film for a long time. It was Amazon Studios who finally gave him the opportunity to do it.

“Truth. Heroism. Patriotism. All these things are a big swirl inside my head. Sometimes, you make a film about it and it really solidifies your thinking about your subject matter or at least it’s a deep dive into it.”

Linklater admits he headed into making this movie with ambiguous feelings. The movie is based on the book of the same name by Darryl Ponicsan, who also co-wrote the screenplay. While the book Last Flag Flying is a sequel to Ponicsan’s 1973 book The Last Detail, the movie is a stand-alone work.

Surprisingly, there is a lot of humor in the film. Ponicsan says he feels so fortunate to have such an incredible cast. “The actors bring so much to it. One [Mueller, played by Fishburne] had a moral stance, was judgmental and worried. The other [Sal, played by Cranston] had really never got on the rails. He was pretty much the same guy except now with a long period of pain and loneliness and the other stuff. The youngest of the three [Doc, played by Carell] tried to reconstitute a life after he got out of the brig and settle into an ordinary existence of an 8 to 5 job, married a woman, had a kid. As he says in the film, “I tried to be a decent man.” But in the space of less than a year, he lost his wife to breast cancer and his son took a bullet in Iraq. He’s a man who can’t escape his pain and his sadness is just ingrained in him. So when Carell manages a laugh – it’s such a great gift almost.”

Each character in the film is trying to find the truth among the lies. Some tell them and some believe them. “There’s big lies and little lies,” says Linklater. “Big lies are what get us into wars. That’s what we should all focus on. The average human lies a lot every day – little things – it makes us all get along better. But there’s bigger lies. Cultural lies. Origin story lies. Big myth lies. It takes lies to get everyone motivated to go to war. Leadership lies… The important thing is for people not to be satisfied with simple, big lies. Everyone should do a little research. Look at the nuances. Dig a little deeper.”

For Linklater, the most challenging part of telling this story was getting the tone exactly right. “There’s sadness and tragedy but also humor. Both are very real in this case. I felt the humor was a healing element that was very real. Funerals are actually more funny than weddings. That’s how the human psyche, heals and reasserts its humanity.”

Ponicsan says he hopes the film will evoke an emotional response. “Maybe people will look at veterans in a different way. So far in all the screenings there’s been laughter and there’s been tears and that’s what we want.”