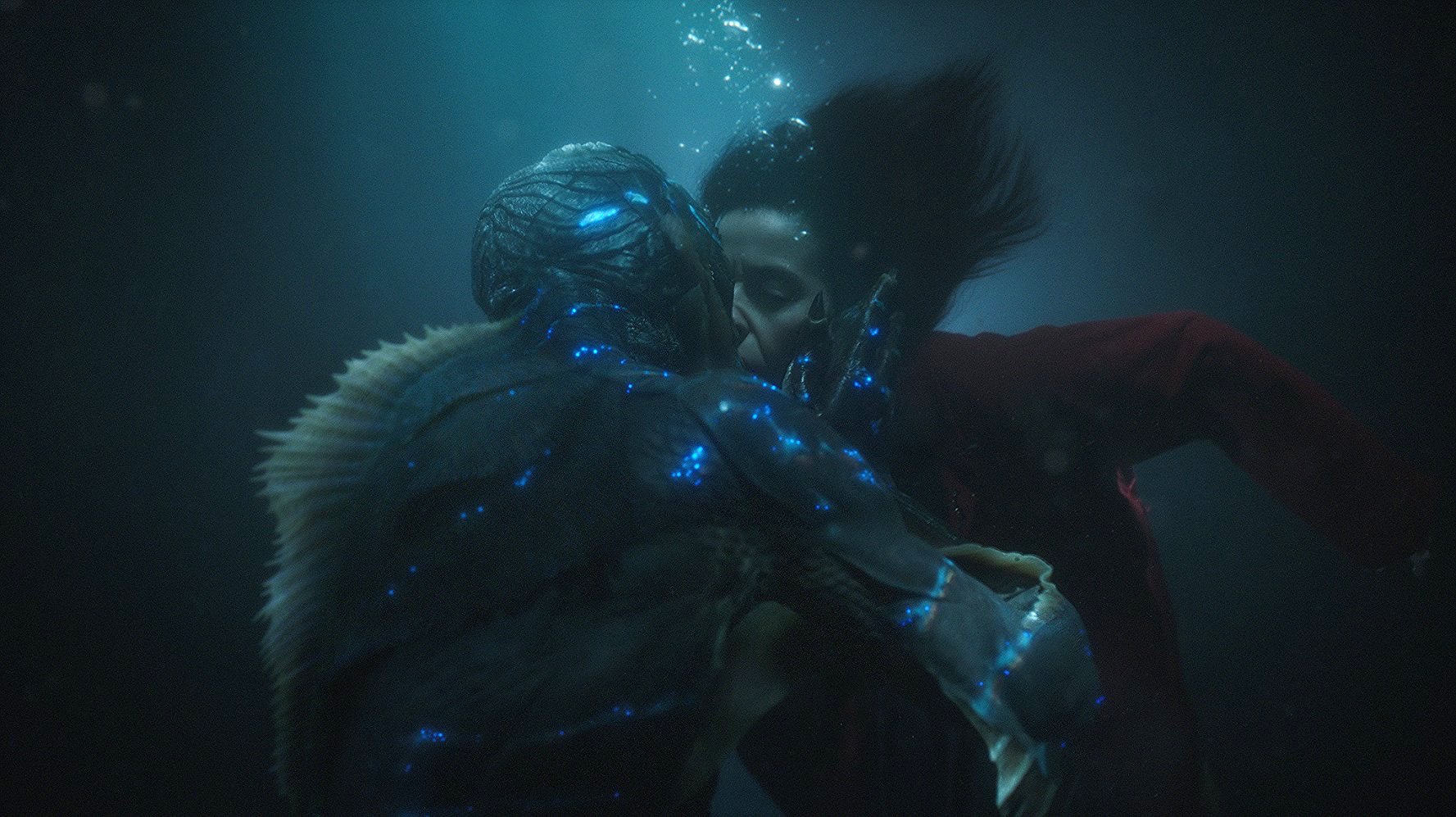 Director and co-writer, Guillermo del Toro, said the idea for The Shape of Water came to him when he was just six-years-old.

Bringing woman and sea creature together is a big undertaking, to say the least. We’ve grown up with Beauty and Beast, a fairytale that works as a prototype. We’ve also seen films where the protagonist is a sea creature. The Little Mermaid and Finding Nemo are two obvious examples, with Ariel the Mermaid also being the romantic lead character. If a man can fall for a half-fish, half-woman creature, why can’t a mute woman fall in love with a reptilian humanoid? Well, it’s complicated – both tonally and visually.

Luckily, if there is anyone who can pull off such a feat it is monster master del Toro with the help of genre TV and film writer Vanessa Taylor.

We spoke with Taylor about working with del Toro and what it’s like to write an interspecies sex scene.

Taylor began her writing career in television. Shows such as Alias helped her leapfrog to writing two seasons of what may be the best TV show of all time, Game of Thrones. After that, she wrote the romantic comedy Hope Springs, starring Meryl Streep. Taylor then went back to genre writing with Divergent. If there’s one thing Taylor knows how to do, it’s write edgy drama that is magical, sexy and thought provoking. The Shape of Water is all three.

The Shape of Water is an adult fairytale set against the backdrop of 1962 America. A mute woman, Elisa (Sally Hawkins) works as a janitor at a secret government facility. When a mysterious sea creature is brought to the lab, she immediately becomes intrigued by it, maybe even falling in love with it.

The specific time period of 1962 was chosen because it represents a definitive moment in American culture. The Cold War was in high gear, “Camelot” was in the White House and the space race was pushing the nation as a whole to be at the top of its game scientifically and imperialistically. We literally wanted the moon. In general, people were excited about the future and what it would bring.

In 1962’s shadow, however, were the Civil Rights Movement, the Vietnam War and the impending assassination of John F. Kennedy. By the end of 1963, that sense of hope for an idealized future showed some serious cracks. Taylor explains, “The fact that we all have this nostalgia now for this period is interesting because in a way, it never really existed. People were talking about the future and how great it was going to be, but it was difficult for anyone who wasn’t white and male. So it’s the right time period to frame a story about ‘otherness’ and the persecution of ‘otherness.’”

That’s partly why Eliza and the Creature are mute, why Elisa’s neighbor and friend Giles (Richard Jenkins) is gay, and why her co-worker/confidant Zelda (Octavia Spencer) is black. The story gives a voice to those who typically didn’t have one.

“This becomes a very timely film,” says Taylor, “because of all that’s happened since the election. But for Guillermo, it’s about the fact that he’s an immigrant. But he didn’t wait to start talking about all these problems until there was an immigration ban, his mind was already there.”

And that’s where this fairytale diverges from its predecessor, Beauty and the Beast.

“Guillermo has talked about how he wanted Elisa and the creature to end up together and he very consciously didn’t want the beast to transform.”

That’s right, the beast doesn’t turn into a handsome prince. But there’s a reason for that.

“In this story, the beast is not a beast and the human is a beast [Michael Shannon’s character Strickland]. Guillermo’s focus was on the theme of otherness and how we treat those who are different from ourselves.” Heavy stuff, but the film is also a delight. Elisa lives above a movie theater and often recreates dance scenes with her neighbor, bringing in the fantasy world of Old Hollywood. She’s an optimist and, most of all, a romantic.

“When I first talked to Guillermo about the idea of a sex scene, either we believe she wants to have sex with this fish guy or we don’t believe it – in which case we’ve got a huge problem. I didn’t have a way of knowing if it was going to work but I thought ‘Wow, if it doesn’t, we’re all in big trouble!’

Both Del Toro’s three-year stint working on the look of the “fish man” and casting Hawkins as the love interest contributed to the chemistry between woman and aquaman. For Taylor, their connection was primal.

“If you look at the fish-man, whether or not you believe he has a penis [it’s never visible in the film], you’re definitely not thinking, ‘Oh, I could have a relationship with that fish-man.’ The fact that she was so attracted to a creature that seemed so foreign – for reasons she was eventually was able to explain – but initially it was just instinct – that’s very primal. The idea that you could get past the species barrier in a story that’s not presented as a straight fairytale, but presented in a time period of our country – that’s primal.”

Between del Toro’s story, combined with strong visuals and Taylor’s powerful structure and tonal ability, the film accomplishes masterful storytelling that delights as much as it provokes.

In terms of writing adult fairytales, Taylor has this advice. “Fairytales in their inception have always been quite violent. It’s only in certain times and places we felt the need to sanitize them or make them less threatening. They often have been scary in a way that is primal for children and play on the deepest fears of children. I would say not to be afraid of that type of darkness because I think it’s interesting and can have a real richness to it.”

The Shape of Water opens Dec. 1.