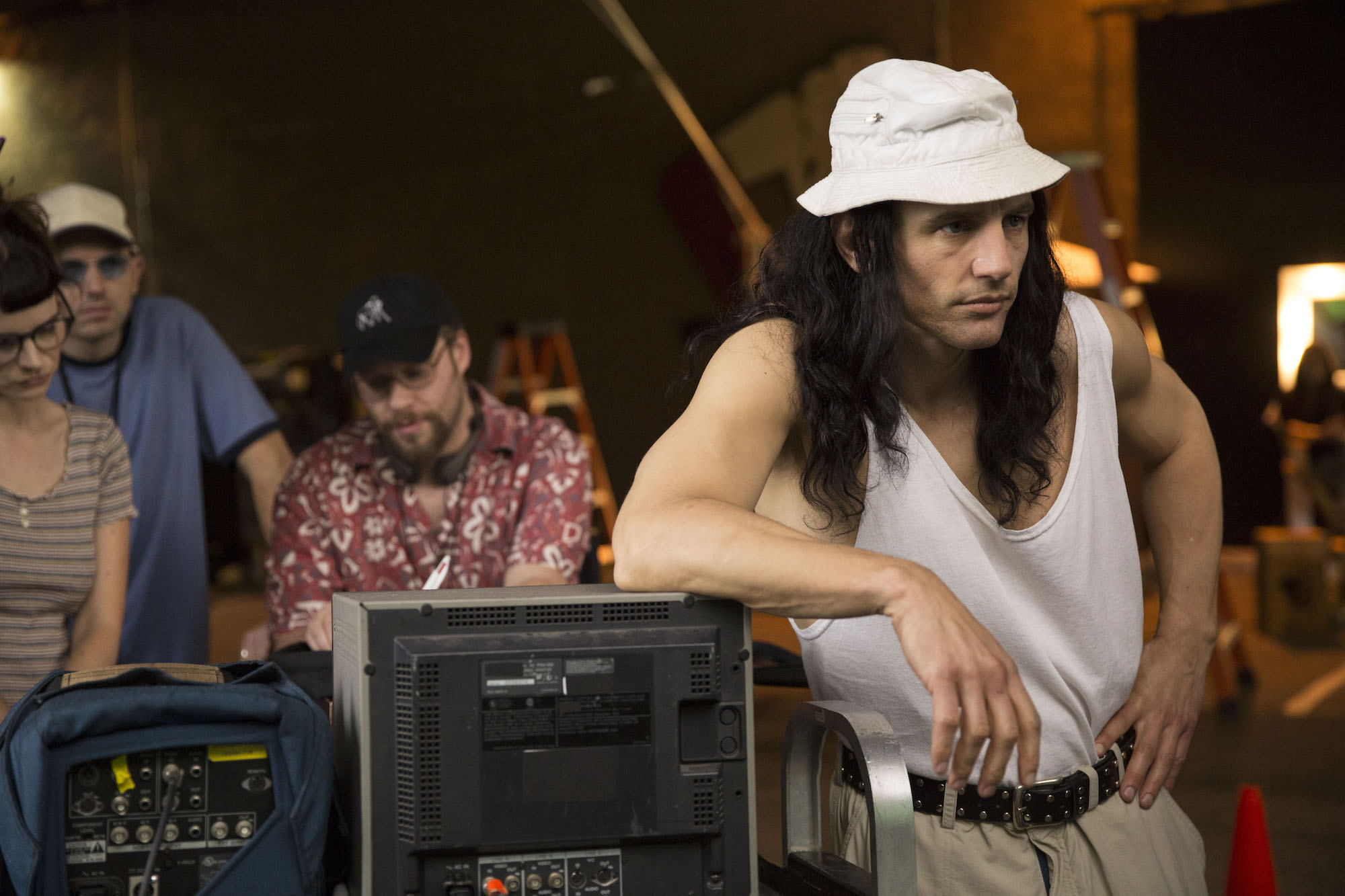 The 2003 movie called The Room, written, directed, financed and starring Tommy Wiseau, should never have happened. Lucky for film lovers, it did!

If you’ve never heard of the film now nicknamed the Citizen Kane of bad movies, The Room is about a man caught up in a love triangle that leads to tragedy. But instead of moving the audience to tears, it has audiences laughing their heads off. It is one of the strangest, idiosyncratic, hilarious movies ever made.

Here’s the trailer for The Room:

In recent years, The Room has even become a cult classic with midnight showings around the world. Like The Rocky Horror Picture Show, people who attend screenings dress up like the characters, yell things at the screen and throw spoons (it’s a nod to the spoon artwork in the film – and we don’t mean art made from spoons, but literally a photo of a spoon in a frame – more on that later).

Wiseau’s friend and fellow star of The Room, Greg Sestero, wrote a memoir (with help from Tom Bissell) called The Disaster Artist: My Life Inside The Room, the Greatest Bad Movie Ever Made about his friendship with Wiseau and the experience of making of the film.

When actor/director James Franco read the book, he knew he needed to bring it to life. That’s where writing partners Scott Neustadter and Michael H. Weber come in. Best known for romantic films like The Fault in Our Stars and 500 Days of Summer, they felt this bromance was incredibly relatable. “We grew up wanting to do this,” says Neustadter about making films. “We were two east coast kids, growing up far from Hollywood which always seemed like it had an impenetrable force field.”

He says Wiseau and Sestero didn’t just want to make a film, “They wanted to make something that lasts. They did that. It’s an amazing triumph – so many movies come and go and almost 15 years later, people are still going to see this movie over and over.”

So why do people love The Room so much?  Neustadter has a theory.

“We know that most movies are made by committee. You can always see where the studio notes came in or spot the reshoots. But The Room came from this one guy’s brain. There’s something really fascinating and singular about that,” he says.

So about that man. No one knows where Wiseau is from, his age or where he got the $6 million he used to finance the film. Though he’s mysterious and odd, Weber says he’s actually quite sweet.

“There are a lot of contradictions at work, but really he seems like someone who’s yearning for connection. There could be a screw lose, but it’s hard to know what’s real. He’s on a different plane of existence.” At The Disaster Artist’s premiere in Toronto, Weber noticed Wiseau nervously pacing backstage. Weber thought about how strange it must be for Wiseau to have a film like this made about him.

“I went up to him and said, “Hey Tommy, what does it feel like to be here?’ He said, ‘I’m not here. This is just my ghost.’ There was no irony, I was just supposed to accept his answer.”

Perhaps the biggest challenge in telling such an enigmatic man’s story is tone. It would be easy to write a script that mocked Wiseau, but that’s not what anyone wanted. They wanted to celebrate him but still make it a film people who had never heard of The Room would also want to see. The writers sat down with James France before beginning the script.

“We all had the same touchstone movies we wanted to reference,” says Neustadter, “Boogie Nights, Sunset Boulevard, Ed Wood, The Talented Mr. Rippley – which was referenced in the book a lot.  For us, it’s about outsiders, dreamers and whether or not this relationship is going to make it. That was far more important to us than if Tommy or Greg thought The Room was going to be a hit.”

About those spoons in the picture frames that inspire people to throw plastic spoons at the screenings, Neustadter shared their origin.

“The art director and set designer bought a bunch of picture frames to decorate The Room set and they came with pictures of spoons in them. When Tommy saw them, he said ‘These are perfect.’ But the designers said, ‘No, no, we’re going to put actual pictures in them’ but Tommy wanted to leave the spoons.”