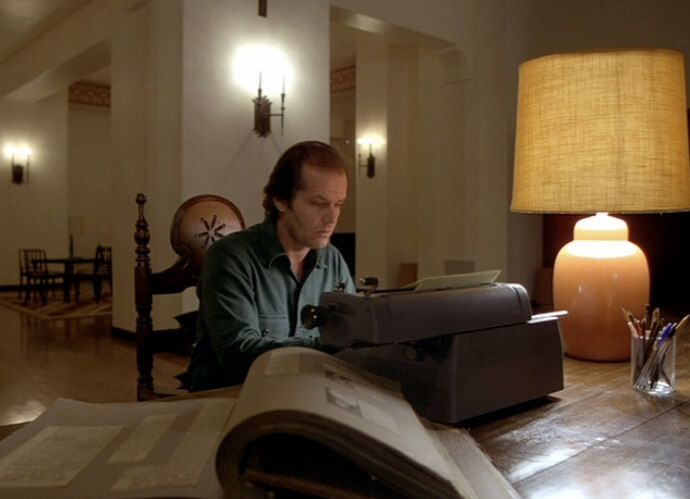 The most important thing I tell any writer who is embarking on writing their screenplay is to just plow through and get that first draft done.  Here’s the rub though.  Finishing that first draft is only the beginning of the journey for you as a writer. If there is one thing I know… it’s that the first draft of your script is ALWAYS going to be terrible. Don’t worry.  That’s okay.  Quality is never your goal with the first draft.  The goal is to scoop those ideas out of your brain, put them on paper and get the structure of your story on the page.  When you finally get that glorious awful first draft completed, this is where the real work begins. The last thing you want to do is immediately re-read your goopy brain-droppings after you clickity-clack that final Fade to Black.  Your mind needs time to decompress.  So find a drawer, put your script in said drawer, and leave it alone until you have a nice solid layer of dust on the cover page which you can blow off like Indiana Jones finding an artifact in some cave in Indonesia.

2) Print that puppy out It’s been a few weeks and you’re finally able to take a look at that crap you wrote.  Don’t use the computer.  Print it out.  Find your favorite colored felt tip pen and mark that sucker up.  You’re bound to find a billion grammar mistakes, missing words, wrong names, etc.  But you’ll also figure out scenes that aren’t working and characters who need improvement.  New ideas will pop out and make your story work better. You will punch yourself in the face for not thinking of them the first time you wrote this garbage pile, but that’s okay.  This is the evolution of the rewrite. As you prep to do your first rewrite, open up a notes doc and make an outline (or beat sheet) of everything currently happening in your scrip.  This will help you discover everything you need to happen in your next draft.  By giving yourself a thorough roadmap for your rewrite, when you dive in, you will know where you need to go to improve all your elements.  That said, don’t be afraid to stray from your roadmap.  It is good to create new scenes that flow from your fingertips stream of conscious.  Some of your best ideas happen in the moment, and are unplanned.  If you can surprise yourself, you can surprise your audience.

After you’ve gotten through that second draft, that now doesn’t completely suck, there’s one thing you need to remind yourself.  This still is not good enough to show people.  You need to put it back in that drawer.  You need to go do something else for a few weeks until you’ve completely forgotten everything you did, and then pull it out and repeat Steps 1-3.  How many times you’ll have to repeat these steps, I cannot tell you, but you’ll eventually know when your script is ready to show to someone. Once you finally have a draft that feels pretty good to you, it’s time to show it to a trusted group of readers who know you well enough to tell you how awful your screenplay is without totally destroying your confidence.  While you may think your ideas are amazing, if other people don’t find the execution of them equally as amazing… then they might not be to the level you need them to be.  Getting people’s’ feedback and applying that feedback to your script is a crucial step.

You must be able to take constructive criticism.  You don’t want someone to read your fourth draft script and say “that was great” and not get any notes.  Your script always needs work.  Most scripts are being worked on while they are shooting the movie.  Yours is no different.

Now, that doesn’t mean you have to take EVERY note.  A lot of times, I’ll use this rule: if someone gives me a note I don’t agree with, I’ll ignore it for the time being.  However, if three people give me that same note, then I know there’s a problem that needs fixing. Now that you’ve applied all of your notes to the script, it’s time to assemble a group of actors and read your script out loud and have a discussion of the story.  Many times, it is an actor who gets a script bought, sold, greenlit, etc.  So you need to make sure EVERY character is attractive to the actors who will play the role.  Sometimes, you’ll get a tiny note that will make a world of difference when your screenplay finds itself on the desk of a studio reader. After you’ve squeezed every last drop of creativity from your brain onto the page, and you have done your final grammar pass, and incorporated all of your friends notes, you are ready to give the script to your agent, or producer for review.  If you have done your job, their notes will be minimal and getting it into the hands of people who want to buy your screenplay will be the next step to achieve the truly fun and exciting part of being a writer… and that’s doing another rewrite with a director and a star.

This is the process that works for me.  I hope it works for you.  Good luck!  Now go write that terrible, horrible, no good, very bad first draft of your screenplay.

4 Replies to "7 Steps to Tackle Your Screenplay Rewrite"