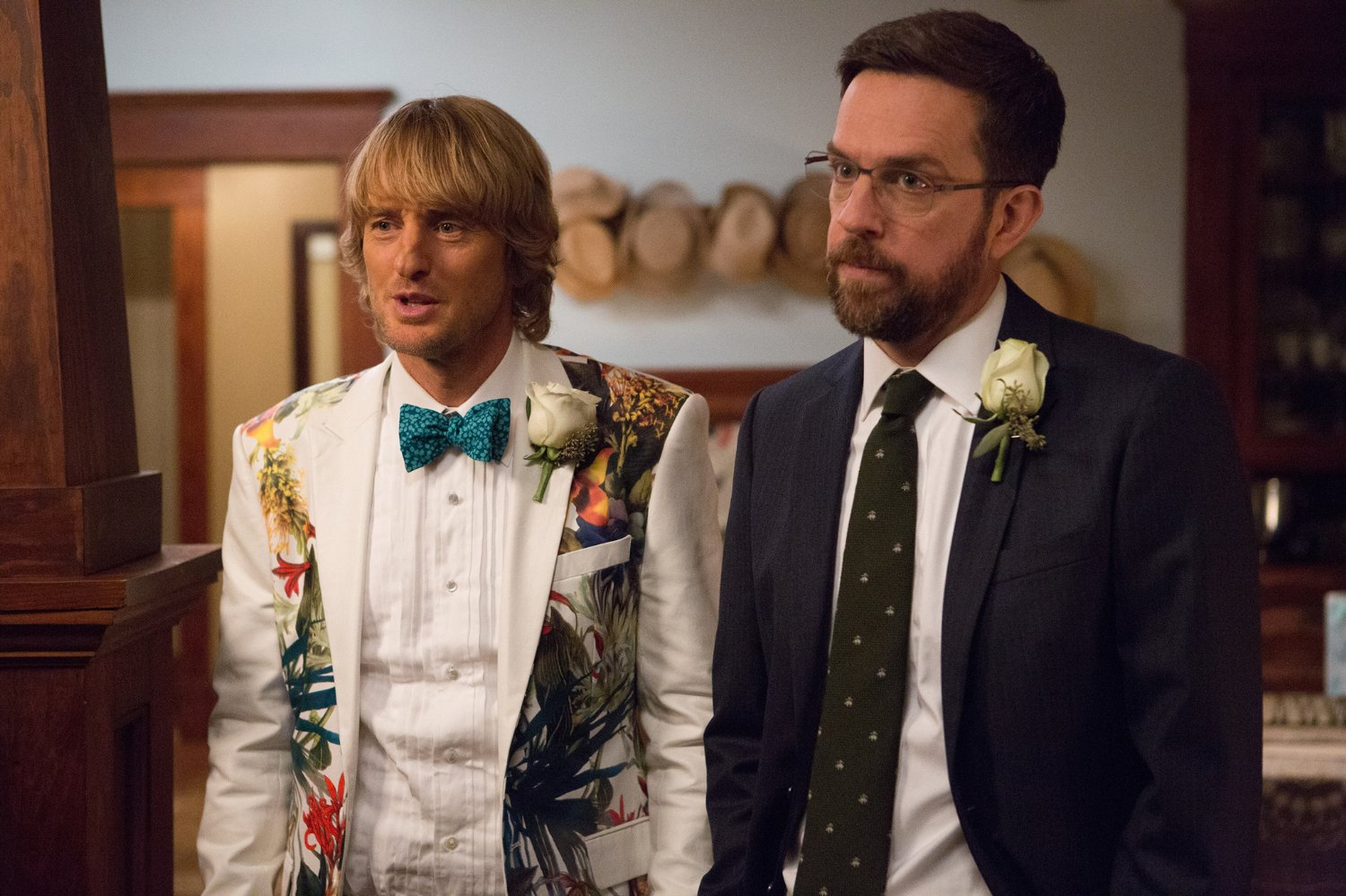 Father Figures has a terrific comedic premise: Two fraternal twin brothers discover the man they thought was their dad is not, so they go on a quest to find their real biological father. The catch? Thanks to the sexual liberation of the 1970s, there are multiple possible baby-daddies strewn across the country. Can you say awkward and hilarious road trip?

We caught up with screenwriter Justin Malen (Office Christmas Party – see our interview with him about it here) to hear the ins and outs of writing this R-rated comedy.

Now a real-life father figure to his own two children, screenwriter Justin Malen says the seed for this movie may have been planted way back in 1992 when he went to see Basic Instinct with – are you ready for this? – his grandma. Yes, Basic Instinct is the one where Sharon Stone gets interrogated and…well, you know the rest.

Malen says the Joe Eszterhas flick wasn’t really that strange of a cinematic choice for them. His grandma would only see R-rated films in the theater because everything else would eventually make its way to TV. We can only guess how awkward the experience was for Malen, but luckily for us, it caused him to, uncross his traditional, narrow views on the lives of older women. “I realized that older women, in this case my grandmother, thought about things that were in Basic Instinct. That combined with looking at photos of my parents when they were younger and just imagining the things they did and who they were before I came along, gave me the idea for the movie.”

In Father Figures, that older woman with a mysterious past is Helen (Glen Close), who’s a great mom to her grown sons Kyle (Owen Wilson) and Peter (Ed Helms). Because Helen is so classy and sophisticated, her sons are shocked to discover she had some wild, free-spirited sexual escapades when she was in her twenties. According to Helen’s former lovers, she had an enthusiasm for love-making that was beyond compare. It’s these conversations between the brothers and their mother’s past flames that provide tons of uncomfortable and funny moments. No doubt many were similar to what Malen himself was feeling as he shared popcorn with his granny while the images of Sharon Stone and Leilani Sarelle gettin’ it on flickered in the dark theater.

Though former wild-child Helen is the heart of the movie, it’s really a love story – or rom/com, if you will – between the two brothers. Kyle and Peter couldn’t be more opposite. Having been disconnected from each other for several years, searching for their father brings them together.

“We [Malen and director Lawrence Sher] always did see it as a love story between the brothers.  When they embark to find their father, they also find each other. We didn’t try to necessarily hit standard rom/com tropes but I think that hopefully the essence is in there.”

For a while, the marketplace in Hollywood favored R-rated comedies like The Hang Over and Bridesmaids, but in 2017, movies like Baywatch and Rough Night were box office disappointments.

“People are trying to find new ways to do a rom/com,” says Malen, “I don’t think they’re necessarily trying to trick the audience, but their trying to give them something new.”

So a love story between two brothers where they try to solve a mystery on a road trip is really a clever way to keep the R-rated comedy genre fresh. Sprucing up the film’s title helps, too. The screenplay was originally called Bastards, which all the filmmakers loved. But for the advertisers, it was just too risqué.

“It’s been Bastards from the very beginning and it seemed like we weren’t going to have to change it. I was excited that we got away with it but then the advertisers started voicing concerns.” Apparently, the title Bastards would keep TV commercials for the film off of daytime television and they wouldn’t be able to run ads during football games.

“Movie theaters wouldn’t be able to use the typical cut-outs in the lobby unless we put another word in front of it like Inglourious Basterds. Ultimately it just didn’t seem to pay to keep the word Bastards. It’s one of those sacrifices that you have to make to get your movie out there and seen. But the title Father Figures is growing on me.”

Would you have gone to see the movie under the title Bastards? Let us know in the comments section below.