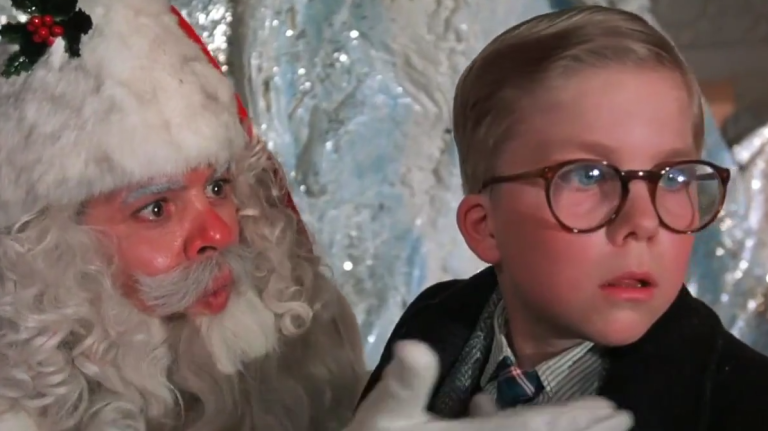 Christmas movies are becoming more and more popular. This year, the Hallmark Channel ran a Christmas movie for the first 25 days of December. Meanwhile, in the theaters there’s The Man Who Invented Christmas, Daddy’s Home 2, and A Bad Moms Christmas. So, what do you need to know to jump into this growing market? What are the basic elements of a Christmas movie?

One of the common elements of Christmas movies is family. One of my favorite movies to watch around Christmas is Little Women. This classic novel has been made into a film four or five times. I prefer the 1994 version starring Winona Ryder and Susan Sarandon.

While the film follows the March family over several years during the Civil War, one of the most memorable scenes is one in which the girls decide to give their delicious looking Christmas dinner to a poor family despite that the March family doesn’t have very much of their own. It’s a charming, warm film that’s wonderful to watch during the Christmas season.

You’ll notice that while most Christmas films follow family closely, they also almost always include romance. There are two versions of Miracle on 34th Street and both are excellent. A lot of the film revolves around Susan, a young girl who does not believe in Santa Claus. Susan’s single-mom works at a department store and hires the Santa Claus each year. When Susan’s mom hires the real Kris Kringle things start to get interesting. One of the many interesting things about these two movies is the way the romance is handled. It doesn’t really seem to be about the romance at all, but Susan’s wish—the wish she asks Kris Kringle to bring her for Christmas—is for her mom to fall in love and she does fall for the lawyer who defends Santa in court. While there’s often a good deal of nostalgia in Christmas films, A Christmas Story places it front and center. Made in 1983 it tells a story set in the 1940s. This perennial favorite includes lots of scenes familiar to our parents or grandparents, scenes that resonate whatever your age. Notice that while the film does not have a romantic subplot it is very rooted in the quirks and oddities of family.

The Trappings of Christmas Normally, I don’t recommend calling out a song in your script. Music is a very expensive part of the filmmaking process and weighing your script down with a lot of costly music can be a bad decision. However, the right Christmas song is a great exception to that rule. Love Actually is a film a lot of people enjoy at Christmas time and one of the best moments is at the grade school talent show when “All I Want for Christmas Is You” is sung. It is the culmination of one of the many subplots as a young boy teaches himself the drums so he can be in the contest and get close to the little girl of his dreams. If you decide to add a great holiday song to your script don’t tack it on, make it part of the plot. Joanna sings the now classic “All I Want For Christmas is You”. Photo courtesy Universal Pictures.

Okay, what are some of your favorite holiday films and which of these elements do they embrace?

7 Replies to "What Makes a Great Christmas Movie?"