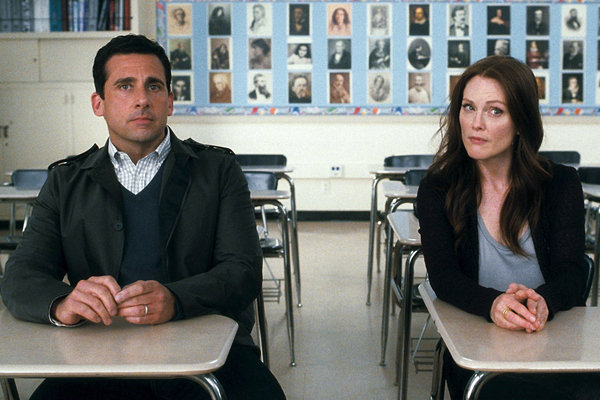 We all want to write amazing dialogue, but it can be deceptively difficult. The rub is that few people actually say what they mean. Society, religion and class all put constraints on our desires, creating fear and shame that forces us to sensor our words. For the most part, that’s a good thing because it helps maintain the stability of society. But if you want to write complicated characters, you need to understand the juxtaposition of what they are saying versus what they mean. This is called subtext.

Writers like Quentin Tarantino and Aaron Sorkin are masters of subtext. Their characters keep their true desires close to their chests. In a way, subtext is like wearing a mask. What the world sees isn’t the same of what’s underneath the mask. Great dialogue “masks” the character’s wants and needs while subtly leaving clues about meaning underneath the words. Irony, sarcasm, and Freudian slips are all ways for the truth to slip out.  Repetition of simple words and phrases also belie the mask, as you’ll see in the example from Dangerous Liasons.

Here are 10 examples of great subtext in movies.

Written by Dan Fogelman, this movie is about a married couple, Cal (Steve Carell) and Emily (Julianne Moore), who are going through a divorce. Cal has moved out of the house but returned secretly to take care of the plants in the back yard, but this is most likely an excuse to peek at Emily through the window since he still loves her and misses her.

When Emily calls Cal’s cell phone, she asks for help with lighting the water heater. Because he can see her through the window, he knows she’s not in the basement – the call is just an excuse to hear his voice. Emily’s subtext here is, “I miss you so much and still need you, but I’m afraid to tell you.” Cal’s line “I don’t want you to blow up the house” is a metaphor for tearing the family apart.

This scene is one of Aaron Sorkin most delicious of all time. Practically every line that comes out of Mark’s (Jesse Eisenberg) mouth stops just short of an all-out insult. Erica (Rooney Mara) is smart enough to know that and calls him out on what he truly means when he says, “You don’t have to study” twice. But not even she can predict what a true jerk he really is. When he says she doesn’t have to study because she goes to B.U., he means her college is trivial and anyone with a degree from there will never be taken seriously. It also means that he considers himself more important than her because he attends Harvard. This is intellectual elitism at its worst but makes him a dark, complicated character.

Because Sylvester Stallone is known for playing tough guys, he really doesn’t get enough credit for being the amazingly clever writer he is. In this scene, Rocky (Stallone) flirts with Adrian (Talia Shire) in a sweet, subtle and chatty way. Watch the scene carefully and you’ll notice when Adrian is shot through the birdcage, implying she is stuck inside her own cage. Rocky mentions the cold weather a couple times, asks if she wants to go watch a game, then says he’s going to go home a write her a joke. Though she won’t let him walk her home – yet – he knows if he’s persistent, he may earn her trust. And if there’s one thing we know about Rocky, he doesn’t give up.

Maya (Virginia Madsen) asks why Miles (Paul Giamati) is so obsessed with pinot noir. He replies, “It’s a hard grape to grow. Thin skinned, temperamental. It ripens early. It’s not a survivor like cabernet.” The subtext here is that the pinot grape is a metaphor for himself. He’s looking for the right woman who can be patient with him because he too is fussy and not very hearty. He’s a man who struggles. He identifies with the difficult grape but also implies that the reward for cultivating it pays off in a big way. Such great writing!

Every time I see this scene it kills me, especially knowing that John Malcovich and Michelle Pfeiffer were having an affair in real life (ending Malcovich’s marriage to the late actress Glenne Headley).

Valmont (Malcovich) enters the room, wraps his arms around Tourvel (Pfeiffer) and falls to his knees. Then the subtext begins. “I’m so bored, you see. It’s beyond my control.” He repeats “It’s beyond my control” nine times, stumbling over the words about the first seven times. The subtext here is that his love for her is so beyond his control, it’s tearing his entire world apart.

So much is revealed about Mr. Pink (Steve Buscemi) in one simple statement: “I don’t tip.” His subtext is he’s angry at society, doesn’t like to be told what to do and enjoys going against the grain. When it’s explained to him that waitresses live off their tips, Mr. Pink says, “Let ‘em learn to type,” we get the feeling he has a deep-rooted hatred of women.

This scene between Carol (Cate Blanchett) and Therese (Rooney Mara), is like a dance of revelation about their attraction to each other. Carol asks, “Were those pictures of me you were taking at the tree lot?” The subtext here: “Do you think I’m beautiful?” Therese replies, “Sorry, I should have asked.” The subtext: “May I have  your permission to be attracted to you?” Carol says, “Don’t apologize,” meaning she doesn’t have to ask for permission to be attracted to women.  What seems like a conversation about photography is really about their sexual desire for each other.

No. 3 — Sense and Sensibility

Edward (Hugh Grant) has falsely assumed Elinor (Emma Thompson) is only interested in friendship and has pursued a relationship with Lucy (Imogen Stubbs), breaking Elinor’s heart. In Thompson’s stunning adaptation of this Jane Austen story, the subtext is so thick you can cut it with a knife. Edward says, “Your friendship has been the most important of my life,” meaning he loves her but feels he must hide behind the notion of friendship. Elinor says, “You will always have it,” meaning she will always love him. The moment he reaches his hand out to touch her and pulls it back shows how much shame he feels about everything that’s happened (or hasn’t happened) between them.

Beth (Mary Tyler Moore) is one of those highly passive-aggressive people who must be in control at all times. What’s insidious about her is that to an outsider, she seems perfectly reasonable. It’s only when you look closely can you see how much she is damaging her son, Conrad (Timothy Hutton). She dutifully serves her husband and son French toast but when Conrad shares his true feelings, “I’m not hungry,” she immediately takes the food back and throws it in the sink, saying, “You can’t save French toast.” The subtext being that if he doesn’t hide is true feelings, she can’t save her love for him.

This scene was deemed too controversial because of its gay subtext and was cut from the original film in 1960. It’s one of my favorite scenes (from one of my favorite movies) of all time. Crassus (Laurence Olivier) begins his conversation with his attractive young slave, Antoninus (Tony Curtis), by asking if he steals or lies to get onto the topic of morality. Then he asks Antonius if he eats oysters and snails and if eating one or the other is immoral. Crassus explains that appetite and taste are different things and a man’s taste should not be questioned morally. When he says, “My taste includes both snails and oysters,” he’s implying he doesn’t think his “taste” for having sex with men is immoral.

Do you have any secrets or tips for using subtext? Let us know in the comments section.

15 Replies to "Top 10 Examples of Killer Subtext in Movies"