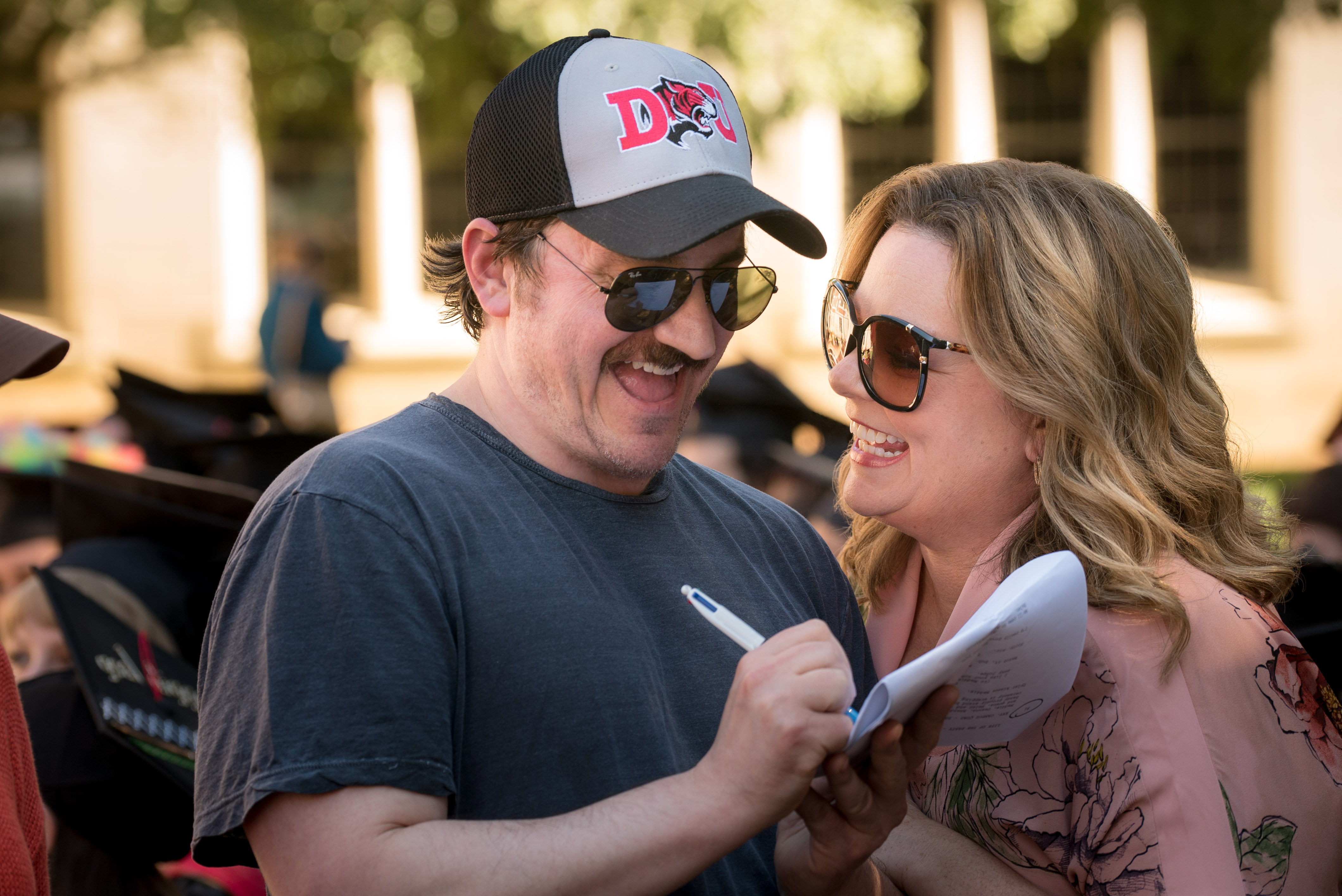 Written by Melissa McCarthy and her husband Ben Falcone, Life of the Party is really a love story between mother and daughter. We sat down with Falcone, who also directed the film, to find out the inspiration behind the story and what the married couple’s writing process is like. Falcone and McCarthy behind the scenes. Photo courtesy: Warner Bros.

After dropping off their daughter Maddy (Molly Gordon) for her senior year of college, Dan (Matt Walsh) tells his wife Deanna (Melissa McCarthy) he wants a divorce. This is the start of the new comedy Life of the Party. Instead of falling apart, Deanna makes the radical decision to go back to school herself – at the same college as her daughter.  While Maddie isn’t exactly sold on the idea of having her mom as her classmate, her sorority sisters completely embrace Deanna, giving her the nickname of D-Rock. With nothing to lose, Deanna plunges into college life, even catching the attention of a hot young frat boy, Jack (Luck Benward).

Join us for a sit down with writer/director Ben Falcone to see what it’s like to create story with his hilarious wife.

4 Replies to "Video: For Melissa McCarthy and husband Ben Falcone, writing screenplays is a family affair"