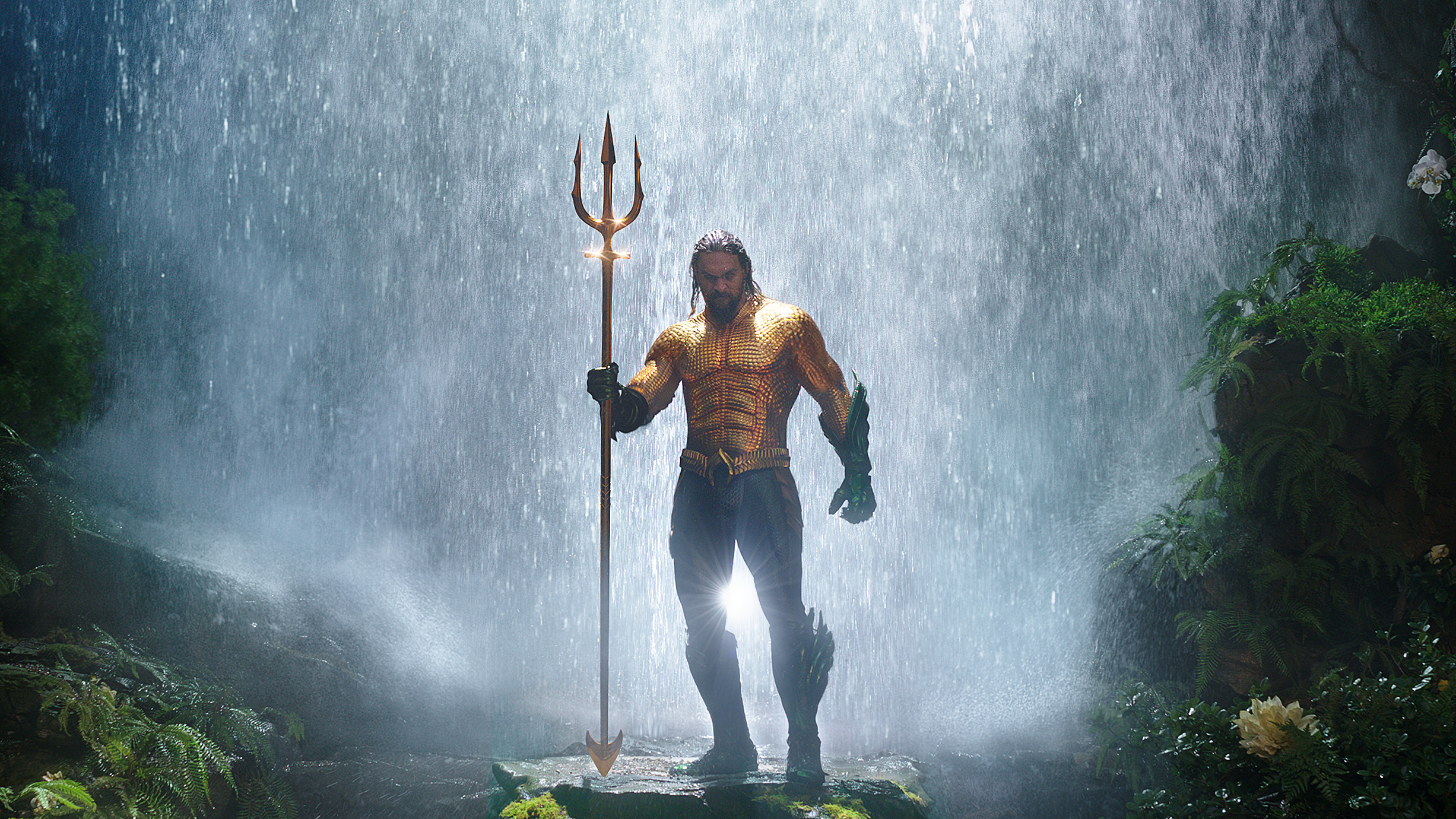 Humans have relied on the great oceans to sustain entire cultures for millennia. They are a place filled with many resources but also great danger. The mysteries of the sea have inspired some of the most thrilling stories of all time like The Odyssey, Sinbad and the Seven Seas and Moby Dick. Now the story of Aquaman, has been brought to the screen in the same thrilling tradition.

I sat down with comic book writer Geoff Johns, who developed the story of Aquaman, along with screenwriters David Leslie Johnson-McGoldrick and Will Beall to talk about bringing this story to life. The movie is visually lush, entertaining and full of surprises. It is a thrill-ride of an underwater fantasy lead by Jason Momoa as Arthur, who’s half land-dwelling human and half sea-loving Atlantean. Though some previous comic book, cartoon and television versions of Aquamanhave been on the paltry side, Momoa’s take on the character is heroic and well meaning.

“It’s hard to think of Aquaman and this story,” says Johns, “without thinking of King Arthur and the Holy Grail. He’s named Arthur after King Arthur and it’s literally that journey.”

Like King Arthur, Aquaman is the unifier of two worlds, only his two worlds are the  one on land and the other under the ocean. But that concept wasn’t enough to support a nearly two-and-a-half hour movie. There had to be an emotional spine to buttress the story.

“If Arthur is going to unite land and sea,” says Johns, “it’s great to say that and have him bring peace to earth on the surface and in Atlantis, but when we first talked about the story, it’s also, how do you personify that emotionally? How about we reveal his mom’s not dead and bring his mother and father back together because his mother and father’s relationship, as Arthur says, are proof that it can happen. We can unite the two worlds. That is the point of the film. Without that, I think the story falls apart.” Though that divergence from the comic books might upset Aquaman loyalists, it works in the film, especially since the amazing actress Nicole Kidman plays Aquaman’s mother, Atlanna.

“That was something that was new for the movie that conceptually, out of the very basic emotional drive of Arthur and the film, it couldn’t end any other way. Something I put in the comics was that [Aquaman’s] father would go to the end of the dock every sunrise and wait for Atlanna to come back and she never came back. But in this story, I had the chance to bring her back,” says Johns.

So once the writers had the emotional core of the story, it was on to fun and games – and there are many. All three writers made a list on a whiteboard of everything they’d love to see in a high seas adventure.

“Sharks,” says Beall, “we’ve got to have sharks. Got to have boats. We just started listing all these ideas like treasure hunts.” “We said if we’re going to make the greatest sea adventure film ever, what do we need? Remember, we listed them all?” says Johns as the other writers nod in agreement. “We checked them all off as they coalesced into the film so it was built in two ways, emotionally and then the thrill-seeking way.”

“In a sense,” says Beall, “we wanted this is the most expensive Ray Harryhausen movie every made.”

If the name Ray Harryhausen doesn’t ring a bell, he was the man responsible for those low-tech but nostalgic special effects in movies like Clash of the Titans(1981) and Sinbad and the Eye of the Tiger(1977) you may remember watching as a kid.

“You’re going to get to see Aquaman ride a seahorse in this movie,” says Johnson-McGoldrick. The Kraken monster in Clash of the Titans (1981). Photo courtesy: Metro-Goldwyn-Mayer

And why not? It’s a mixing of tropes that’s delightfully fun and pure escapism.

In the film, Aquaman is referred to as a half-breed by his half-brother and various enemies. He’s looked down on for being a creature who seems to be an outcast; a foreigner. If the emphasis on him being “other” sounds topical, it wasn’t meant to reflect today’s headlines about immigration or race. “Arthur’s story of him being of two worlds and uniting the worlds – we did that in the comics in 2011,” says Johns. But he doesn’t think that theme will ever get old.

“I think it’s going to be top of mind for a while and then sink down again. But we’re always going to need people to unite a division in the country because it doesn’t stay united. I just think the division is more prominent now than ever. It’s kind of a coincidence in this case.” Johns shares his favorite moment in the movie: “It’s when his mother says to him the king fights for his own people but a hero fights for everybody. And that’s going to be relevant today, in 20 years and in 100 years, and as long as humans have any flaws.”

8 Reasons you need to read screenplays

1 Reply to "Aquaman writers use King Arthur legend as inspiration"