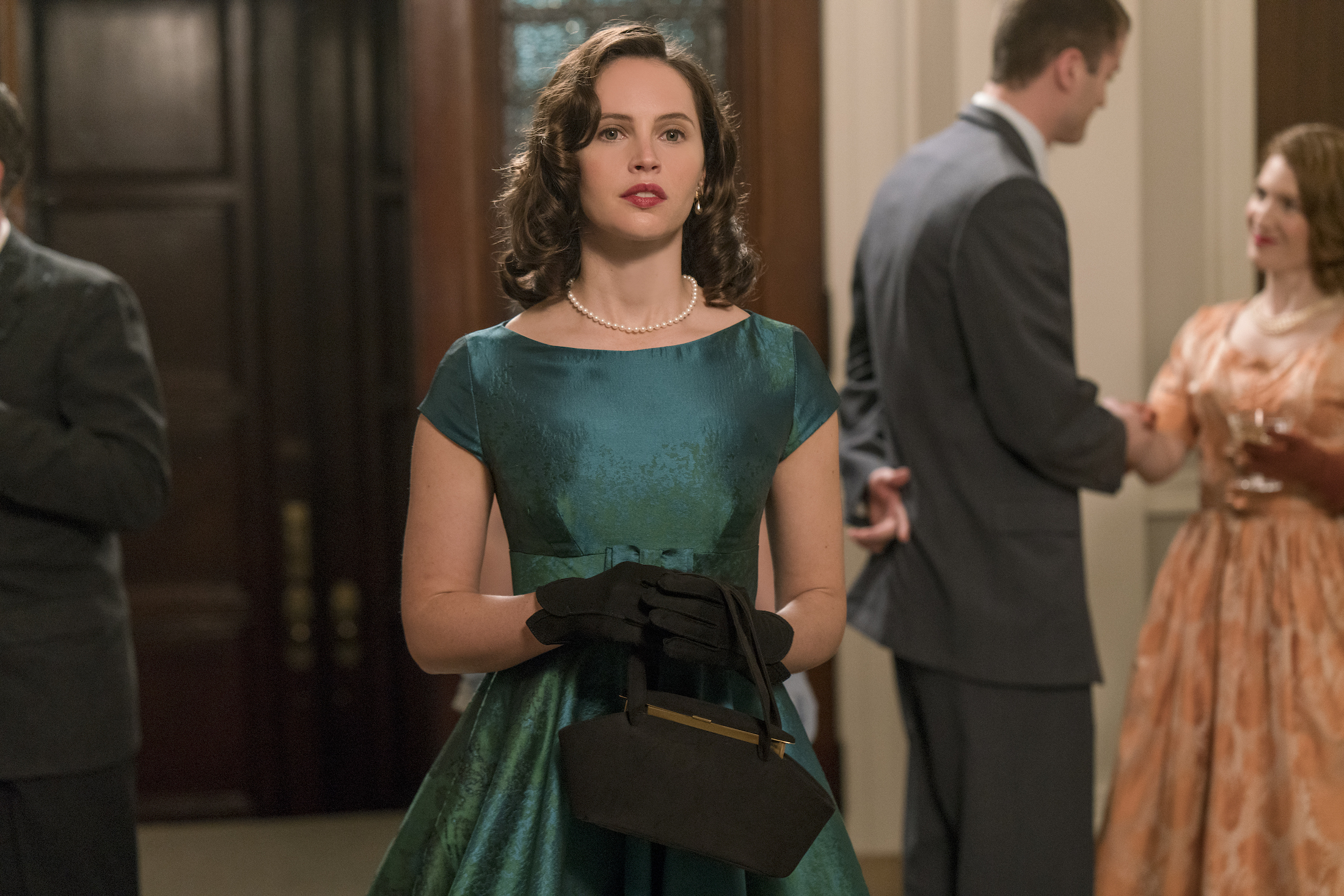 On the Basis of Sex is a biopic about Supreme Court Justice Ruth Bader Ginsburg written by first-time screenwriter Daniel Stiepleman. It’s pretty rare that the subject of a biopic will give notes to the screenwriter, but this case was special. Stiepleman is actually Ginsburg’s nephew. His mother is Ginsburg’s husband Marty’s sister, so I asked him what it like having a groundbreaking Justice in the family.

“Ruth’s my aunt,” says Stiepleman, “who’s 50 years older than I am. People would say to me as a kid, ‘Your aunt over there – she changed the world.’ And I’m sitting there – like 12 or whatever – and there’s my aunt eating her turkey very slowly across the Thanksgiving table and I thought, she changed the world? She’s so quiet. I had a picture in my head of what a feminist in the 1970s looks like and it was Gloria Steinem standing in front of a crowd bringing everyone together. I was always attracted and intrigued by the idea that this quiet, intellectual woman changed the world.”

Instead of writing what Stiepleman calls, “A cradle-to-Supreme Court movie,” he wrote the screenplay about a very specific time in Ruth’s life, starting in the 1950s when Ruth (Felicity Jones) and her husband Martin (Armie Hammer), are in law school at Harvard, and ending in the 1970s, when Ruth and Martin together argued Charles E. Moritz v. IRS, a gender discrimination case where a man was the victim. But Stiepleman admits framing the story around these two events wasn’t his original plan.

“I really thought the whole movie would take place in the 1970s. I didn’t even think I’d go back to the 50s until I was going through her files at the Library of Congress from the 60s and 70s.”

It was there he found a true story gem in a note at the end of a letter.

“There was a postscript that said ‘I can’t believe you’re going up against your old professors from Harvard — that takes courage!’ I thought, wait. What? It was a gift from the screenwriting Gods! So then I had to set up those relationships and then, if you’re going to show them at Harvard, you have to set up Marty’s cancer. It opened up all these different elements which, in retrospect, had to be there of course because the whole point of her life’s work is culture change and you have to show the culture changing.”

Ruth’s professors at Harvard often humiliated her for taking a man’s spot at the law school. It was the ultimate comeuppance to win a case against the very men who regularly belittled her.

When I ask Stiepleman what it was like working on the script with his aunt, he laughs.

“She read the script like it was a contract! She would go through it and be like, ‘Page one…’”

He says there were a few different types of notes she would give.

“Some were really granular details, but that’s how her brain works. She’d say, ‘You have me wearing heels at Harvard but in those days I used to walk to school, so I would never have worn heels.’ And I’d say well, but it’s orientation. I mean, literally the first line of the script is ‘A pair of heels among a sea of loafers’ and I thought, it’s been 10 minutes and we’re only three sentences in.”

Other than the “granular” notes, there were three things she wanted the movie to get right.

“She wanted the way the law is practiced to be right. She wanted uncle Martin to be right. The only big universal note she gave me — and I think this really speaks to her credit — she said, ‘I don’t want people to think that I created this area of the law. I don’t want people to think that I was the first person to say the 14th amendment says women and men should be treated equal. I built my career on generations of women lawyers who came before me so people should understand that.’”

The one thing Stiepleman hopes people watching the movie will be inspired by is surprising, but considering the personal connection, it makes sense.

No Replies to "‘On the Basis of Sex’ writer gets notes from his aunt, Ruth Bader Ginsburg"