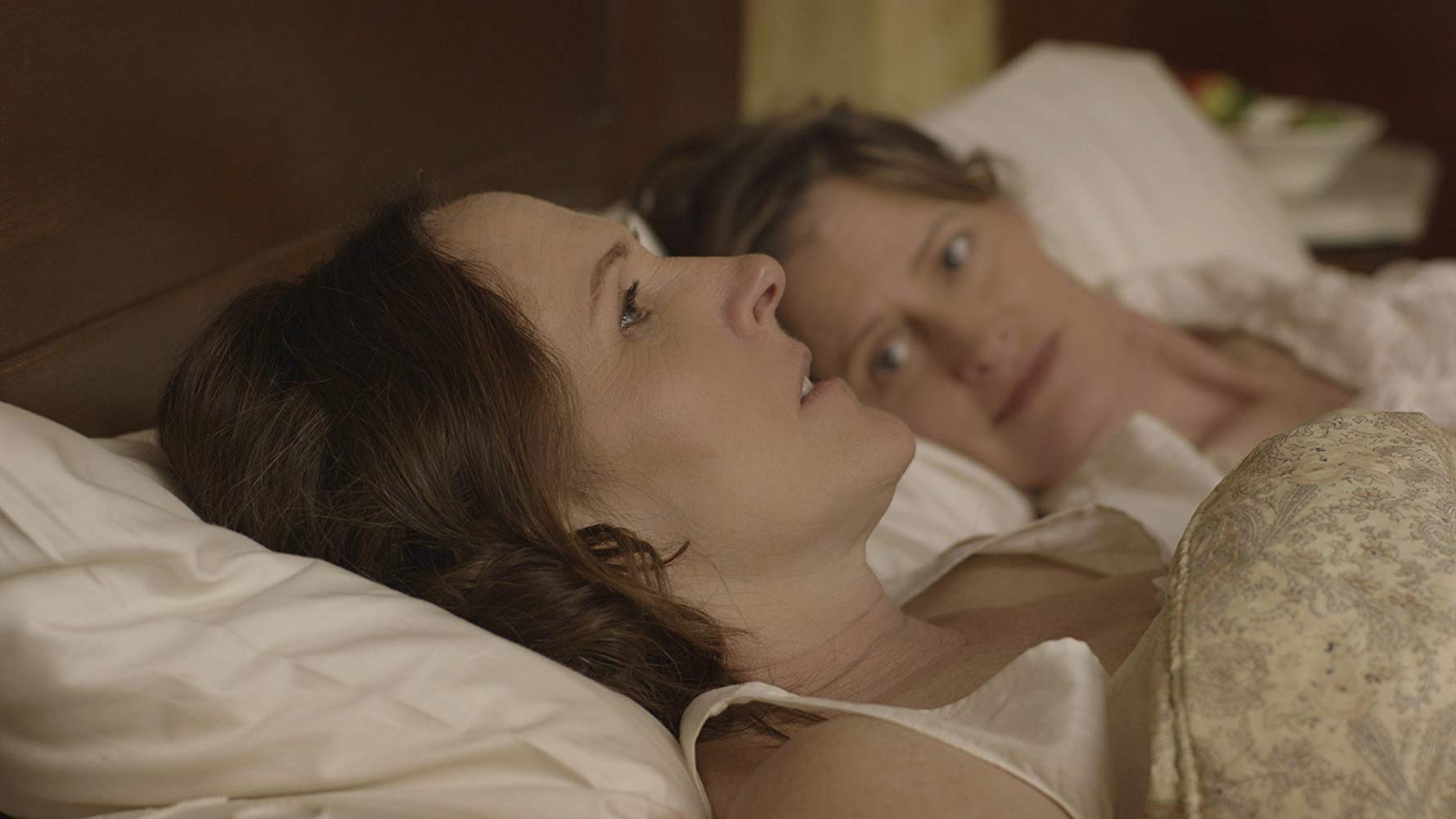 When you think of poet Emily Dickinson, it’s likely you think of a hysterical Victorian recluse who locked herself in her bedroom and went to the grave without sharing her trove of poetry. The new film Wild Nights with Emily, however, paints a very different portrait of America’s favorite poetess. I sat down with the film’s writer/director Madeleine Olnek to find out how history got Dickinson’s story so very wrong.

“Everyone is surprised by this story,” says Olnek, “It’s a story that hasn’t been told and a story there’s been a lot of resistance to. I’m hoping this time it will stick.”

Just like most of us, Olnek read Dickinson’s poem “Because I could not stop for Death” in high school. “I wasn’t impressed,” says Olnek.

But things changed in 1998 when Olnek read an article about Dickinson and other historical figures in the New York Times. The article “Beethoven’s Hair Tells All,” was about how advancements in science are able to shine new light on the lives of historical figures. Using modern, spectrographic technologies, scientists were able to look at the spots on Dickinson’s letters and poems where names had been erased. “The erasures were all around this name Susan, a woman Emily was in love with and had a long romantic relationship.”

Why would anyone want to erase parts of Dickinson’s poems? Jealousy, homophobia and self-promotion could be part of the answer. Mabel Loomis Todd (played by Amy Seimetz) was the mistress of Emily Dickinson’s brother, William Austin Dickinson, and she hated his wife Susan. It seemed Todd didn’t want Susan to receive any attention. It’s believed Todd did the erasing. “It was a whole soap opera. I couldn’t believe it. I had never heard anything like that.”

The article inspired Olnek to write and a direct a stage play about Dickinson in 1999. The play eventually morphed into the delightful film.

While Emily Dickinson’s true-life story is certainly a dramatic one, Wild Nights with Emily is actually a comedy. Yes, a comedy, and it’s hilarious. Molly Shannon plays Emily with verve, wit and soul. She’s an excellent choice to help right the wrongs history has done to Emily. But for Olnek, writing a comedic screenplay wasn’t a choice. “To make a drama or tragedy is redundant because life is already a tragedy. To truly make something, it has to be funny otherwise you’re just reiterating the way life is.”

Olnek says her comedic take on Dickinson isn’t much of a stretch considering that in real life, Dickinson had a great sense of humor. “She has some funny poems and a lot of funny letters. Her niece would say how she just talked long and funny. One letter, in very eloquent English, makes a fart joke. It was almost like if she was going to be this visionary brilliant woman, [historians] had to make her so unappealing. They had to make it seem like she suffered otherwise, they wouldn’t be able to celebrate her. She had to pay somehow.”

Some twenty years and a film degree from Columbia University later, Olnek is sharing her cinematic take on Dickinson’s story with the world, though the process was never easy. “It was an enormous effort that involved great personal sacrifices. I am forever changed.” No matter what your own writing process is, Olnek encourages writers to study their craft. “It doesn’t have to be some ridiculously expensive film school, it could just be classes. I would say the most important thing is to write something and to make it, even if it’s a two-person crew. The first film I made had a four-person crew and the second was two people, so it’s possible. And both went to Sundance.”

Olnek has this advice for screenwriters:

“The worst position to be in is to be writing things that aren’t being made because even if you take a screenplay and stage it as a play, you’re going to have more growth from that experience than having it sit in your desk drawer. Writing is one thing, but when you start to make it, there’s a whole other process going on. People make movies on iPhones now. You want to start expressing your words with images, looking at that combination, and seeing how that makes you feel about your writing.”

Wild Nights with Emily is currently playing in theaters.