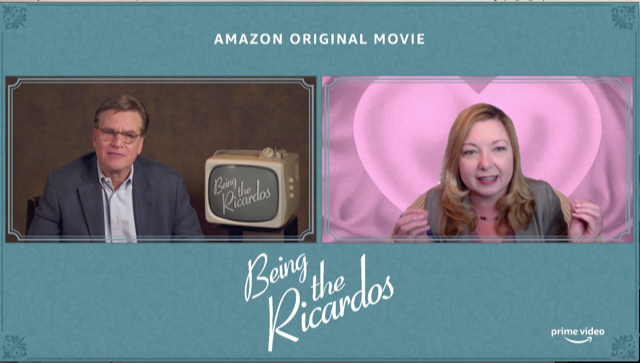 When it comes to telling stories of real people, Aaron Sorkin knows a thing or two. Not only did he win the Oscar for writing The Social Network (2010), based on Mark Zuckerberg, the WGA recently named the screenplay as number three on their list of the top 101 screenplays in the 21st century! Other true stories he’s tackled for the screen include Steve Jobs (2015), Molly’s Game (2017), and The Trial of the Chicago 7 (2020).

But it’s his latest film, Being the Ricardos, that is incredibly innovative while feeling nostalgic at the same time. Part of the juju is that we all grew up watching the show I Love Lucy and laughing as she stuffs those chocolate balls in her mouth or becomes inebriated as she films the infamous commercial for Vitameatavegamin.

The other part is the performances the actors give in the movie. Nicole Kidman completely changes her voice to portray Ball and forgoes a prosthetic nose (thank goodness!). Javier Bardem plays Desi Arnaz with intelligence and problematic machismo. J.K. Simmons nearly steals the show as William Frawley. 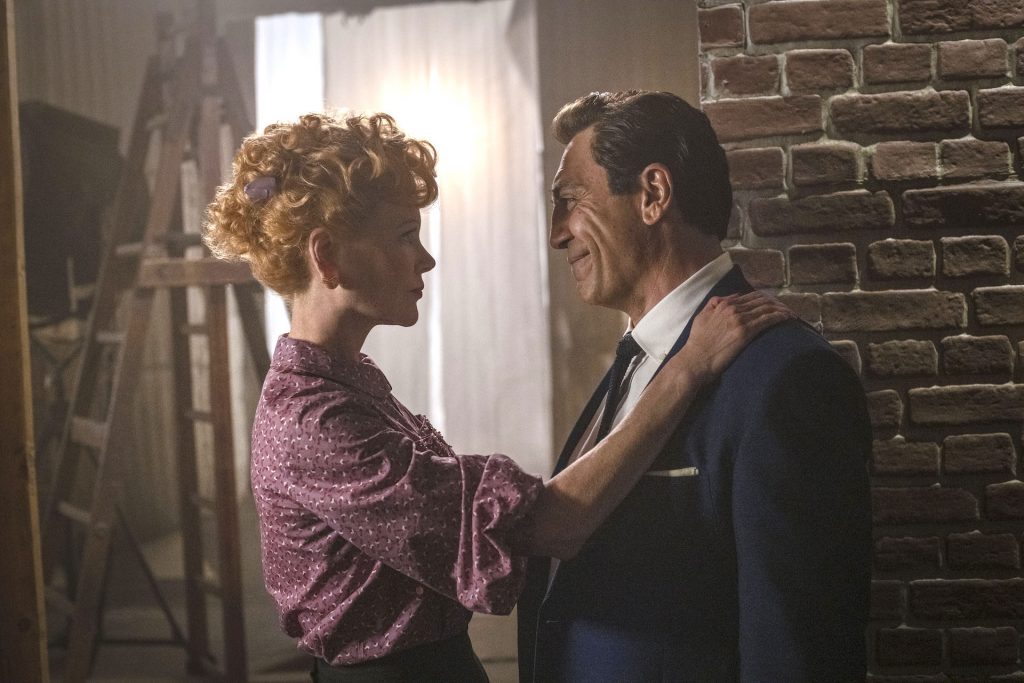 But the genius of the storytelling is revealed as Sorkin taps into the woman behind Lucy Ricardo, the troubled marriage that was the opposite of the one on TV and a newspaper headline accusing Lucile Ball of being a communist.

In my Zoom conversation with Sorkin, he talks about coming up with the structure of the film that takes three real-life events – Lucille Ball discovering she’s pregnant, getting accused of being a Communist and suspecting Desi Arnaz is cheating on her – and compressing them into one week’s time to add stakes and conflict to the story.

Sorkin says, “I really like compressing time and geography. I like that claustrophobic feeling. They say when you bring home a new puppy, get a crate that’s only big enough for him to turn around in because the puppy gets a sense of security in that tight space. I’m the same way. That’s why I mostly write things that are people talking in rooms. I want to get as close to real time as possible. So, if I can do it without perverting history, without defaming anyone – which I was able to do in this case – I’ll do it.”

Watch the video to see Sorkin’s incredibly generous tips for writing, what can (and can’t) be taught, and what he deems is the terrible advice I got on writing dialogue when I was in film school.

Being the Ricardos is currently playing in theaters and out today on Amazon Prime Video.