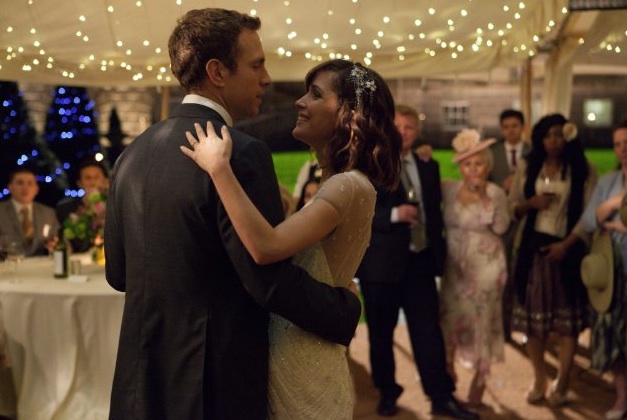 When you’ve got a credit on your writing resume like Borat: Cultural Learnings of America for Make Benefit Glorious Nation of Kazakhstan, it’s hard to believe your next passion project would be a sweet romantic comedy about a couple who are trying to make it through their first year of marriage.

But that’s I Give It a Year, the movie screenwriter Dan Mazer – known for writing Borat and a cynical comedy called Dog Bites Man, recently wrote and directed. The story takes place in London and follows a year of marriage between Nat and Josh, played by Rose Byrne and Rafe Spall. It’s funny, endearing and romantic – anything but Borat. So, how did Mazer get this one off the ground? ScreenwritingU sat down with the writer/direct to get the skinny on his creation.

“I always enter the cinema with hope and end up being disappointed,” Mazer says of watching romantic comedies. He doesn’t think they are romantic or comedic, in any way. That’s when he decided he would write his own romantic comedy and see what he could do with it.

“I’m much more interested in what happens after the wedding,” he says. So how do you break the rules of a genre that seem so tough to break?  “First and foremost, I want things to be funny,” he says. “Then I put that in a structure that keeps us interested in the story.”

“Comedy has to come out of character. People’s neurosis or insecurities or arrogance can lead to comedy. When you build that character and know who they are, you can play against it,” he says.

Once it’s written, Mazer says he had to cast the right actors, too. That’s also part of the key to making a good romantic comedy work. Mazer goes against type there, too. He doesn’t look for good actors who can be funny but rather “funny people who can act.” He wanted to make sure his actors made him crack up. I Give It a Year releases into theaters August 9. It co-stars Anna Faris, Minnie Driver and Simon Baker.