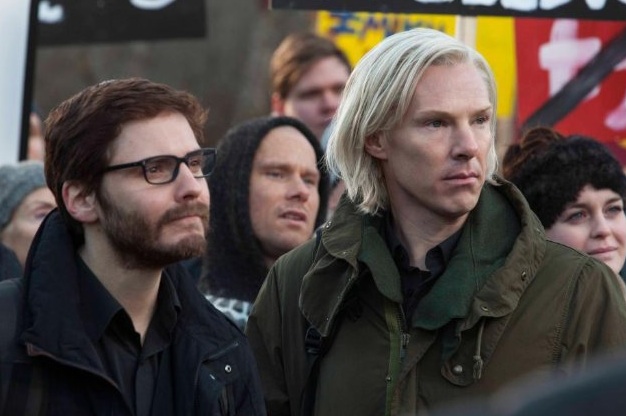 Those familiar with eccentric WikiLeaks inventor Julien Assange know that writing a movie about him would be an enormous endeavor to say the least. Screenwriter Josh Singer got his fill when asked to adapt two books, hundreds of online articles and a heap of text chains between Assange and his coworkers into one two-hour movie. Talk about challenge.

“There was a tidal wave of information,” says Singer. “There were really two tasks, I had to wrap my head around the issue, and then I had to figure out which was the best story to tell.”

The Fifth Estate stars Benedict Cumberbatch (Star Trek Into Darkness and Atonement) as Assange and follows the rise in power from those early days until the biggest leak of confidential intelligence documents in U.S. history.

After countless hours of research and interviews, Singer was ready to write his story. He chose to start the film when Assange – although he had leaked other earlier leaks — brought on other partners, including Daniel Domscheit-Berg (played by Daniel Bruhl of Inglorious Bastards and The Bourne Ultimatum) in 2007.

Singer tried to reach out to Assange, but they were never able to connect. The entrepreneur never officially worked on the film. “There was so much information about him online and on TV and in print and he wrote this fabulous autobiography. The Julien Assange that was around when I was writing wasn’t the Julien Assange that created WikiLeaks.”

It’s now up to the audience to decide if the portrayal of this fascinating man and his invention make for a good movie. The Fifth Estate releases into theaters October 18 and co-stars Laura Linney, Stanley Tucci and Anthony Mackie.

"How I got 72 Script Requests!" With Screenwriter J.T. Quinn

No Replies to "Screenwriter Josh Singer on THE FIFTH ESTATE"