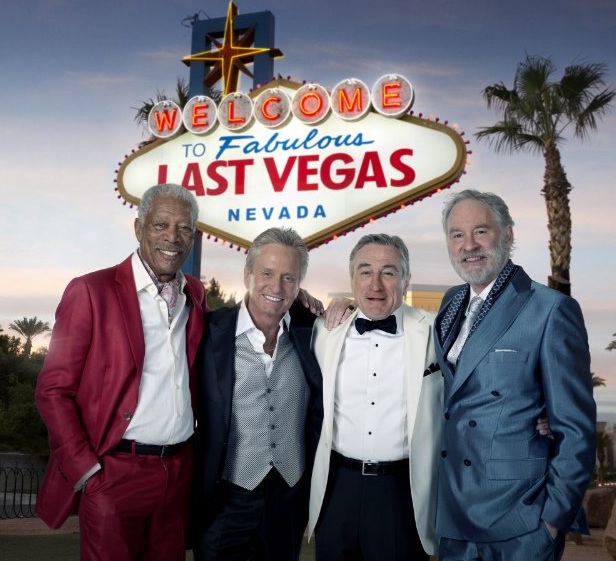 He writes animated movies (Cars, Cars 2, Tangled, and Bolt). He writes indie comedies (Crazy, Stupid, Love and The Guilt Trip). And he also does Christmas, too (Fred Claus). Is there anything that screenwriter Dan Fogelman can’t do? Apparently not. His new film, Last Vegas, is an ensemble starring some of Hollywood’s greatest actors — Michael Douglas, Morgan Freeman, Robert De Niro and Kevin Kline.

The film is about four friends who go to Las Vegas to celebrate a bachelor party for the one guy in their group who never got married.

So, how did Fogelman get the idea? He went to Las Vegas with friends a few years back and his father happened to be there at the same time on business. After a trip to a club with dad and the music too loud, an idea started brewing.

Fogelman decided he would do an ensemble about four friends from the old neighborhood. “We started with a prologue so you could meet each of these characters and get to know them,” Fogelman said of his technique for making sure the audience is invested in all four characters before moving into current time.

“I always find scripts really confusing to read and movies really confusing to watch when you’re meeting four characters at the same time and trying to understand what they are all like.” Seems so easy when he puts it like that. Does Fogelman ever get writer’s block? He does, but he has his own theory on why.

“It might just be laziness,” Fogelman says. “The idea of figuring out what’s happening on page 70 of the script can be daunting for me, so I usually just start writing.” But if he does get stuck, he outlines to get through the questions. ScreenwritingU sat down with Fogelman to get more tips from this master storyteller.

No Replies to "Screenwriter Dan Fogelman on LAST VEGAS"