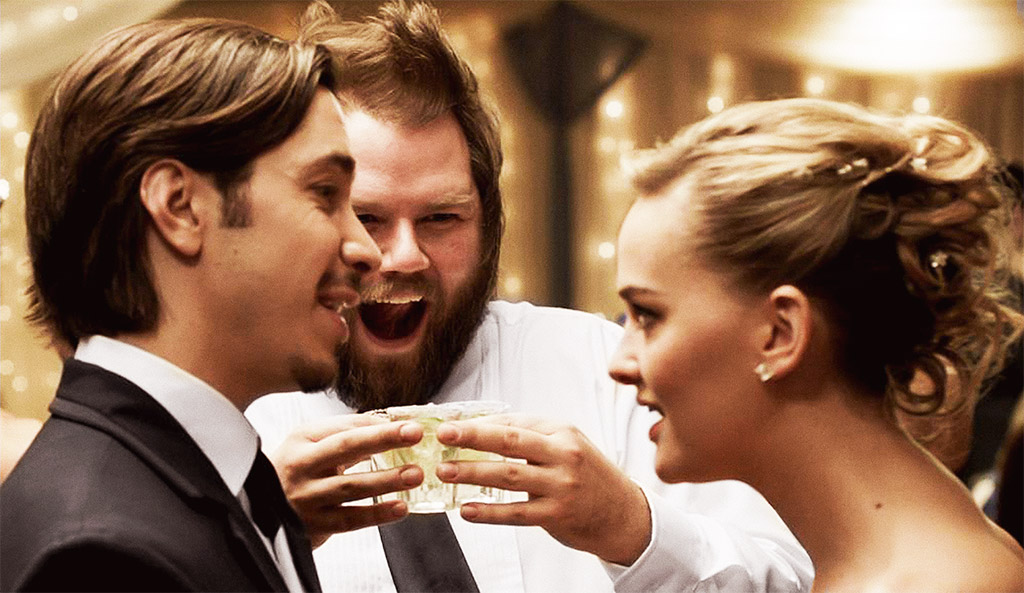 Romantic comedies usually end with a wedding. Best Man Down starts with one, but not everything goes well for the couple after they walk down the aisle. First off, their best man drops dead shortly after the reception. That’s a left turn we haven’t seen before.

“Frankly, I never thought it would get made,” said screenwriter Ted Koland who, for his first script and directing gig, is working with Justin Long and making a feature film in snowy Minnesota. “I wrote it as sort of a calling card… I did not outline it. I wrote it very quickly.” He wrote it in five weeks. That’s pretty great when it comes to success stories.

So, what’s the secret to Koland’s success? Timing, luck and a very positive attitude when it comes to notes. On top of that, he got to direct his vision. But not everything was as easy as it seemed. “When I wrote it, I didn’t realize the challenges I set out for myself for a director,” said Koland.

He had to consider logistics, casting and shooting in a tundra. When his feet and fingers were freezing in a Minnesota blizzard, he often asked himself why he didn’t write the caper that took place in the Caribbean. Not only that, it’s tough to keep the tone consistent in a comedy that includes death and a newlywed couple on their honeymoon. “That is a touchy thing with a story like this.”

ScreenwritingU sat down with Koland to talk about his technique, balancing tone, working in the snow and rewriting. Best Man Down released in theaters November 8. It co-stars Tyler Labine (Tucker and Dale vs Evil), Jess Weixler (The Good Wife), Addison Timlin (Stand Up Guys), Frances O’Connor (A.I. Artificial Intelligence) and Shelley Long.

No Replies to "Writer/director Ted Koland on BEST MAN DOWN"