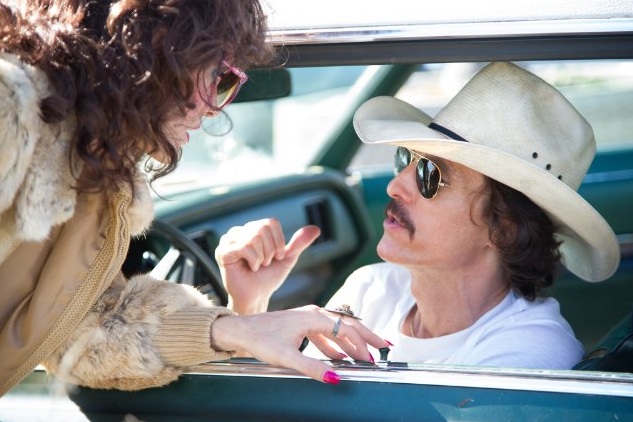 When screenwriter Craig Borten first read about an AIDS patient who was selling black market prescription drugs to other patients in need of alternative medical assistance, he was instantly intrigued.

This subsection of the AIDS culture, known as private buyers clubs – where patients join clubs to receive their own medical advice as well as prescriptions – was something largely left out of the main stream media at the time. “I was surprised at how little I knew of this underworld,” Borten said.

Borten requested an interview with Ron Woodruff about his experience with being diagnosed with AIDS and running one of these clubs and from there the story of Dallas Buyers Club was born.

“I traveled to Dallas in 1992 and interviewed him for three days,” Borten. “He passed away one month later.”

Borten was left with 25 hours of tapes from his interview with Woodruff. He also had miles of material on AIDS, prescription medicine and the experience of patients dealing with the disease. Borten felt passionate about making this story into a film, but he had quite the job of putting together the information. He wrote several drafts and in 2000, Borten teamed up with screenwriter Melisa Wallack.

They did even more research and more rewrites. The film went through many producers and actors – Brad Pitt and Ryan Gosling, to name a few. Finally, in 2009, the team paired up with director Jean-Marc Vallee (C.R.A.Z.Y., Café de Flore, The Young Victoria), according to Hollywood Reporter.

ScreenwritingU sat down with Borten and Wallack to find out what it was like to write a script based on a real person, to complete a project about AIDS on a budget and to work for nearly twenty years on one story.