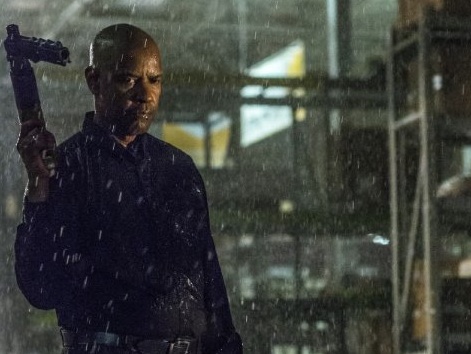 So, when Wenk was offered a chance to write the feature adaptation of the 80’s TV show, The Equalizer, with Denzel Washington in mind for the main character, he took it. “I jumped at the chance just to have a chance,” he says, adding that he’d been asked several years prior by another company to write the film and passed.

I knew this was an opportunity of a lifetime, he says. Wenk went off to write the script. Soon after that, Washington read it and agreed to take on the project. “He bases everything he does on the material,” says Wenk of Washington’s process. “He reads it once, and he either responds or doesn’t.”

Wenk says it’s all about the movie. “And I don’t just mean his part. I mean, the movie and every part. And, every line. One of the great things I learned from working with him on the script was very often Denzel would say, ‘I don’t have to say this, I can play this.’ I’m a big take-out-every-word-when-I’m-done writer. I go through over and over again, cutting it down to be as minimal as possible. He still found in the material that he didn’t need to say, that he could play somethings… It was a great lesson. He’s a super intelligent man.”

ScreenwritingU sat down with Wenk to get the details on this extraordinary experience. The Equalizer releases into theaters September 26 and co-stars Chloe Grace Moretz and Bill Pullman.