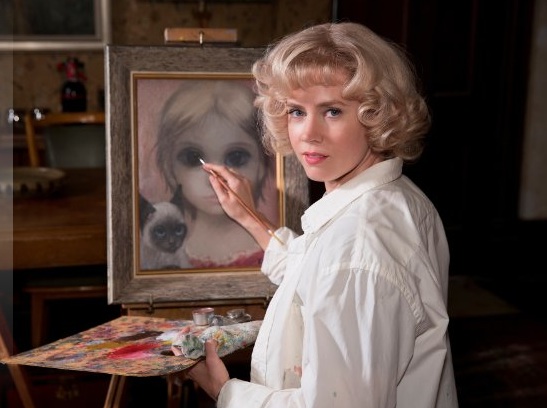 They wrote The People Vs. Larry Flint, Ed Wood and Agent Cody Banks, among many others. Scott Alexander and Larry Karaszewski have been writing partners for more than two decades, and their specialty is biopics. Their process involves extensive research and brainstorming. They pore over the material in great detail and search for the quirkiest, most exciting parts of an individual’s life story.

They work alone and do all of their own research. “We’re giant fans of the eccentric detail and there’s no way a researcher can find it for you,” says Karaszewski. They talk about other projects in the works, one on the Marx Brothers and another on the O.J. Simpson trial. “Those bizarro throw away moments are the things that make us happy.”

In the case of Big Eyes, Alexander and Karaszewski worked on the film for 11 years. The Tim Burton-directed film tells the story of artist Margaret Keane whose paintings of children with big eyes became popular in the 50s and 60s. Margaret’s work, for a majority of her life, was sold under the name “Keane,” but not with credit to her. Her husband, Walter Keane, took credit for the paintings and convinced her to live a lie as they became rich and famous as the world embraced her artwork.

“Scott and I somewhat enjoy screenwriting challenges,” Karaszewski says of the idea that Margaret’s character was less than a traditional hero. “This challenge was how to make Margaret Keane an interesting, compelling character, but she’s not necessarily running the plot… but she’s the heart, she’s the soul, the person with the journey.”

ScreenwritingU sat down with Alexander and Karaszewski to learn about their process, the trouble with pairing down loads of material and writing the true story of someone’s life.

No Replies to "Scott Alexander and Larry Karaszewski on BIG EYES"