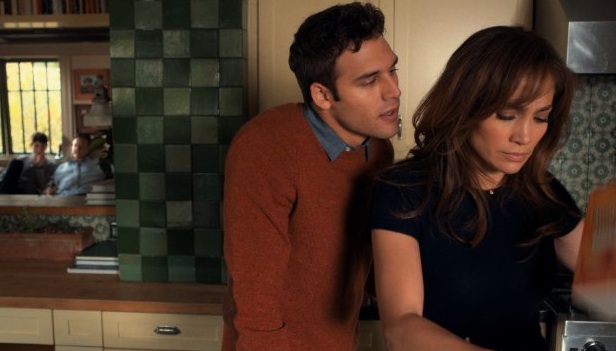 Screenwriter Barbara Curry was working as a federal criminal prosecutor when a literally agent called and asked if she’d ever considered writing for Hollywood. At the time, she said she’d never given it much thought, but then… the idea started to sink in. Curry soon started writing feature spec scripts and eventually took classes at UCLA.

CUT TO: Her first film starring Jennifer Lopez is coming out in January. The Boy Next Door is the story of a recently divorced woman who ends up falling for a younger man who lives across the street.

Curry came up with the idea – much like all good thriller ideas – from a fear that started brewing in her own life. Curry and her family were planning to move into a new house, but across the street lived a young man who Curry knew was considered a “bad boy.” She wondered how he would influence her son and what would happen if they lived across the street from each other.

How would he infiltrate their lives? What influence would he have over them? Curry took this idea to the next level and incorporated a romantic storyline for the mother, and the script took off. “You as a feature writer create your own world, you are the master of that universe,” she says.

How does she dole out information to keep the tension throughout? How does she build her villain so the audience sees his motivation slowly and methodically? What are her influences? What kind of writing schedule does she keep? ScreenwritingU sits down with Curry to discuss writing thrillers.

The Boy Next Door opens in theater Friday January 23 and co-stars Ryan Guzman and Kristin Chenoweth.

No Replies to "Barbara Curry on THE BOY NEXT DOOR"