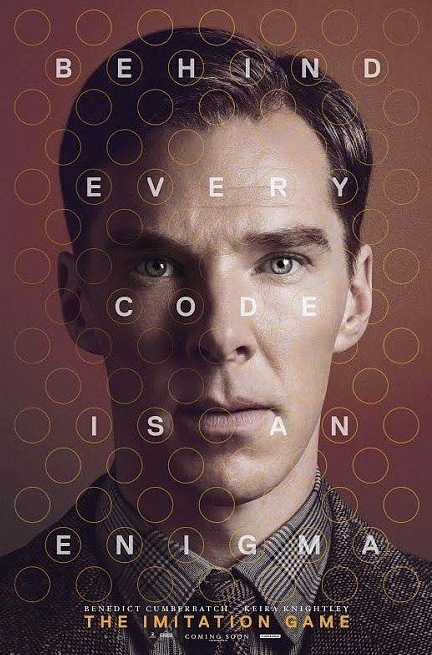 Screenwriter Graham Moore has been obsessed with mathematician Alan Turing since he was a teenager. This obsession paid off. He is now nominated for an Oscar for best adapted screenplay for The Imitation Game – the story of how the code-breaking genius cracked the Nazi encryption machine and won World War II.

So, how did Moore take his childhood passion and turn it into a Hollywood success story? After moving to Los Angeles as a young writer, Moore pitched the story of Alan Turning around town. He unfortunately had no luck. It seemed no one was interested in the biography of a gay scientist who helped military intelligence win the war.

Then one evening at a cocktail party at the home of up-and-coming producer Nora Grossman, Moore heard her say she had just optioned a book on the life of Alan Turing. “I started freaking out. I started screaming at her in her own kitchen and she was inching back away from me, step-by-step…” he laughs. “I spent weeks convincing her and her producing partner Ido [Ostrowsky] to let me come on and write it on spec.”

And they did. Moore spent the first six months of the next year researching everything he could find on Turing’s life. But after a while, he realized… eventually he needed to sit down and write.

“I was nervous to start writing,” he says. “I knew how important it was for people. I really did not want to be the guy who screwed that up.”

So, how did he get over the hump? Two glasses of scotch and a very strong point of view. He started with the monologue Turing gives in the opening of the film. “Alan Turing was going to tell you the story. He was… declaring the rules. He was saying flat out, ‘This is my story. This is the subjective version of my story. I’m going to tell it to you the way I experienced it… and if you don’t like it, walk away’,” he says.

The first lines I ever wrote for the movie were “Are you paying attention?’” Moore says. And that monologue has stayed intact throughout the entire process from script to screen.

Moore’s passion connected him with the story that changed his life. The film is nominated for eight Academy Awards. The Imitation Game released on December 25, 2014 and stars Benedict Cumberbatch, Keira Knightley, Matthew Goode and Charles Dance.

No Replies to "Screenwriter Graham Moore on THE IMITATION GAME"