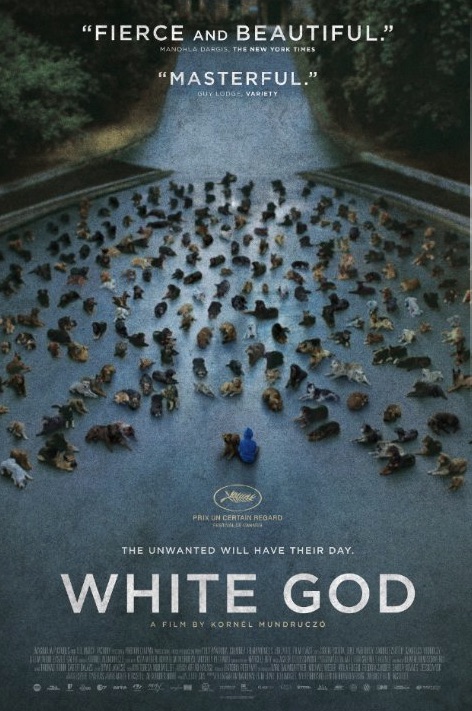 White God is an independent Hungarian film about a girl who becomes separated from her pet dog when she’s forced to give him up. The dog – although captured by abusive owners —  sets out on a journey to be reunited with the girl. The film explores violence toward animals as well as a coming of age storyline for the young girl, played by Zsofia Psotta.

That said, he wants to put everyone’s mind at ease by saying that no animals were harmed during the production of the film. “Fake blood and imagination can fuel your fantasy,” he says. In order to create tension and suspense, Mundruczó “watched a lot of Hitchcock movies” for research and also silent films. He hopes his movie shines a light on the abuse of animals.

ScreenwritingU sat down with the writer/director to discuss his process. He says his biggest challenge was making sure the story was believable, because the animals and children on set were constantly laughing and playing. “How can I dramatize…?” he says was his biggest question – especially in the editing room.

White God won the Prize Un Certain Regard at the Cannes Film Festival in 2014.

No Replies to "Writer/director Kornél Mundruczó on WHITE GOD"