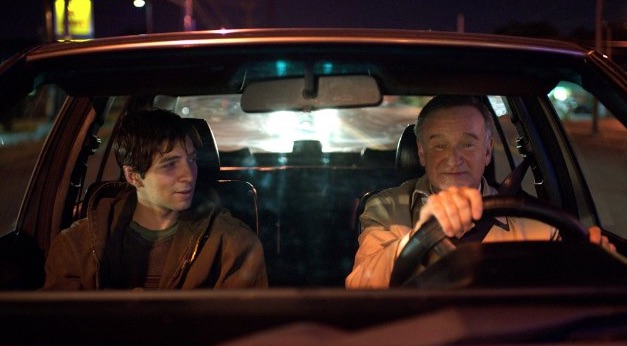 Being that it was Robin Williams’ last film, the quiet indie drama Boulevard is difficult to watch without thinking of the actor’s impact on the world and the choices he made in his final days. Screenwriter Douglas Soesbe sits down with ScreenwritingU to discuss his process of writing the script, getting it to Williams and making a movie that will move audiences.

“A lot of my friends of my age of that era had gotten into marriages that they thought were expected of them,” Soesbe says of how he got the idea to write Boulevard, the story of a man on his last chance at happiness who finally decides to follow his heart rather than his mind.

“The passion was still there and the secret life was still there and finally…” Soesbe says. Well, that’s where the movie picks up. Robin Williams’ character Nolan Mack, has been working as a bank employee at the same branch for over two decades. When he decides one day to stop living like each day is a carbon copy of the next, he meets a young male prostitute Leo, played by newcomer Roberto Aguire, and is never able to look back.

The two start a relationship that uplifts Nolan in many ways but unravels him as well. The film as received acclaim from critics after its screening at Tribeca Film Festival.

Williams was found dead in his home August 11, 2014 and authorities later ruled the death a suicide. He was reportedly struggling with depression.

Soesbe said the actor had seen an early cut of the film and that he posted on his Facebook page how happy he was with the results. Boulevard releases into theaters in Los Angeles on July 17 at the Sundance Sunset Cinemas, Pasadena Playhouse and Town Center Encino. It expands wider throughout the summer.

No Replies to "Screenwriter Douglas Soesbe on BOULEVARD"