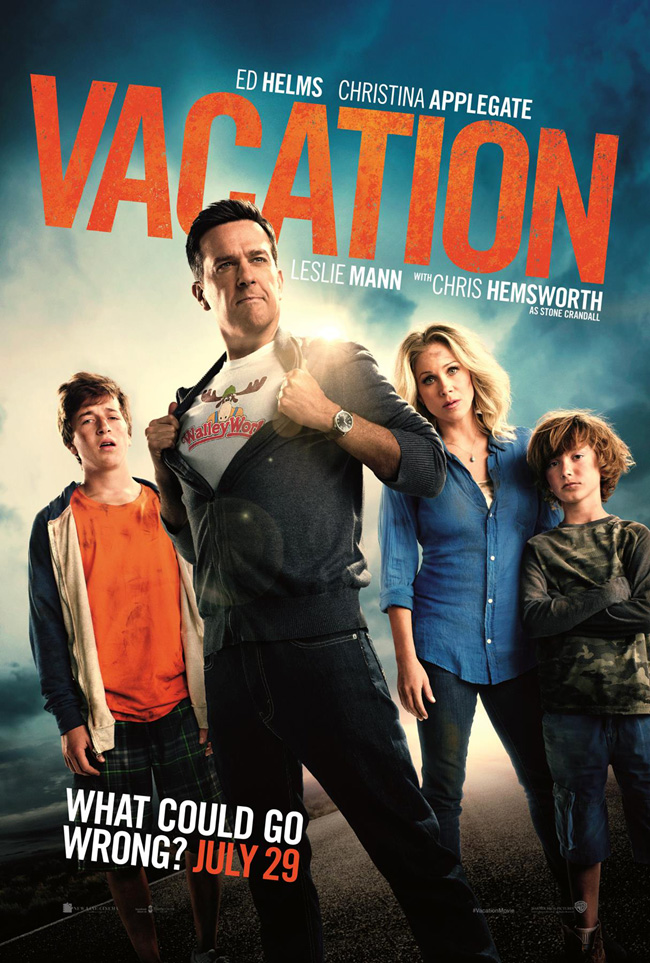 “Get in the car kids, or perhaps you don’t want to see the second largest ball of twine on the face of the earth which is only four short hours away…” says Chevy Chase playing Clark W. Griswold in the classic 1983 romp-com National Lampoon’s Vacation.

It’s 32 years later, and we’re finally getting another look at what is supposed to be the most enjoyable time of one’s life but often it’s the most miserable — a family vacation. Writing partners John Francis Daley and Jonathan Goldstein co-wrote and co-directed the remake which stars Ed Helms and Christina Applegate on a road trip to Walley World with their two sons.

“There’s a reliability to family, and there’s an episodic nature to all road trip comedies and what that allows is a lot of vignettes that are separate from each other and can be very memorable for audiences,” says Daley.

“People come to this with a certain built in skepticism,” says Goldstein. And they didn’t want to disappoint. Catching up to the Griswold’s, “Rusty” – played by Helms – is now a pilot for a small airline company and his wife Debbie — played by Applegate — decide they’re in a rut and they need a family vacation to connect again. They find themselves and a lot of chaos along the way.