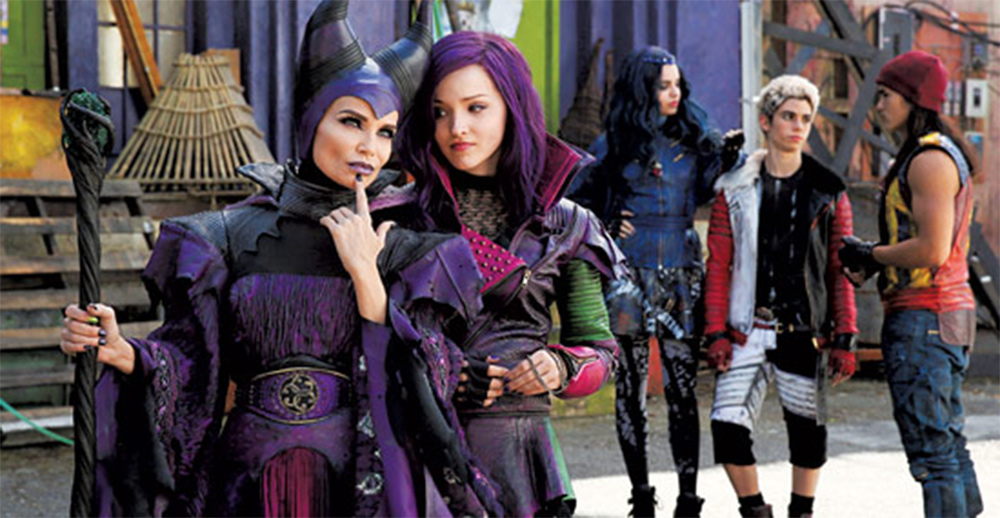 Thirty years after starting their career as writing partners in Hollywood, Josie McGibbon and Sara Parriott are still making waves. Their latest feature is the Disney Channel Original Movie, Descendants.

What happens when the Disney villains have kids and then those kids go to high school with the Disney heroes? A big mess of fun and adventure with a little bit of magic.

“We were really thrilled because this is the first project the Disney channel has had that plays with those heritage characters from the Disney movies,” says Parriott. The film begins in a world where Beast and Belle from Beauty and the Beast are about to see their son take the throne. His first order of business will be to allow the children of Cruella De Vil, Maleficent, the Evil Queen and Jafar to go to school with the “good” teenagers.

You can only imagine what happens next. McGibbon and Parriott have been creating rich characters and compelling stories for some of the most adorable comedies of the past three decades. Their credits include Runaway Bride, Chicken Little, Three Men and a Little Lady. They’ve also contributed to several TV shows, including The Starter Wife, Desperate Housewives and Cashmere Mafia.