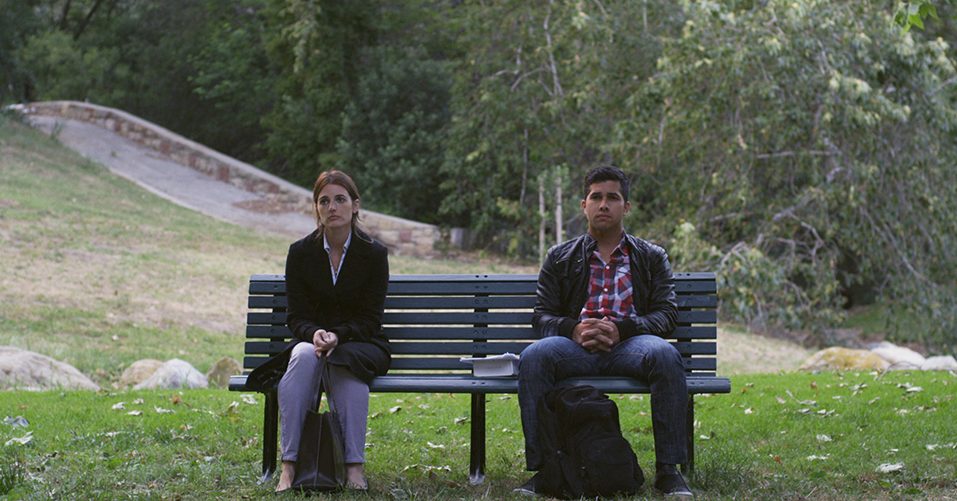 First time writer/director Anne LeSchander shot her feature film in seven days for $25,000. If you know anything about making movies, this is a feat in and of itself. The film takes place entirely at one location — except for a few flashbacks and some animated sequences — and it proves to be a captivating, intense look at the relationship between two strangers.

The Park Bench is about an English tutor who must help an unlikely student pass his very complex American Lit class. “What kind of location can they be in where they are sort of forced to meet?” LeShander says she asked herself when trying to come up with a romantic tale about two people in one place.

She says she chose the subject of tutoring and English Lit because, “there are so many things to talk about and you just can’t help but reveal yourself.”

Her creative challenge when filming? How to make one location exciting and different in almost every scene. Through the use of cinematography, wardrob changes, set dressings and good writing, she managed to pull it off. ScreenwritingU sat down with the writer/director to find out how she made her first feature on a shoe string budget.

SINISTER 2 writer C. Robert Cargill on scaring you with the sequel

No Replies to "THE PARK BENCH, a one-location shoot from writer/director Ann LeSchander"