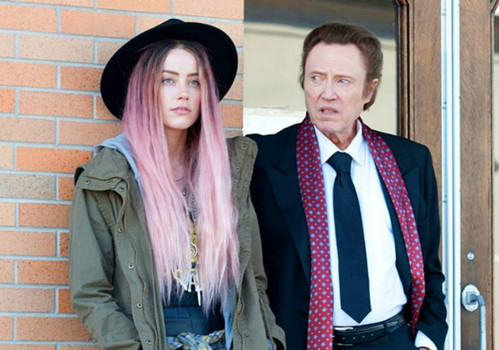 Amber Heard and Christopher Walken in One More Time

What’s a guy who has a military background as a captain in Iraq, who also went to the same high school at Barack Obama doing writing a screenplay about a failed musician planning his big comeback? He’s living the American dream. The one that says you can do anything if you put your mind to it.

Screenwriter Robert Edwards came from a military family and the last thing he ever though he’d do was make a movie. But after years of determination, he signed on an all-star cast that consisted of Christopher Walken, Amber Heard and Ann Magnuson to make his feature film One More Time.

So, how did he go from defending the country to entertaining it? After spending several years in the armed forces, Edwards decided to enroll in Stanford University’s documentary film program. After making a feature with his wife, documentarian Ferne Pearlstein, Edwards began to book work as a screenwriter. “It was completely accidental and not something I ever planned to do,” he says. Writer/director Robert Edwards on the set of One More Time

“Making a movie is very much like a military operation — total chaos, there’s a million departments all with something going on in their own way and you are the director, like some military commander trying to corral all these elements and put out all the fires,” says Edwards.

ScreenwritingU Magazine sat down with the writer/director to discuss crooning Christopher Walken, Amber Heard playing off type and going to high school with the president.

One More Time releases into theaters and on demand April 8.

Maureen Bharoocha flips the traditional 'male gaze' in her fresh, sexy new movie, 'I Am Watching You'

No Replies to "ONE MORE TIME from writer/director Robert Edwards"