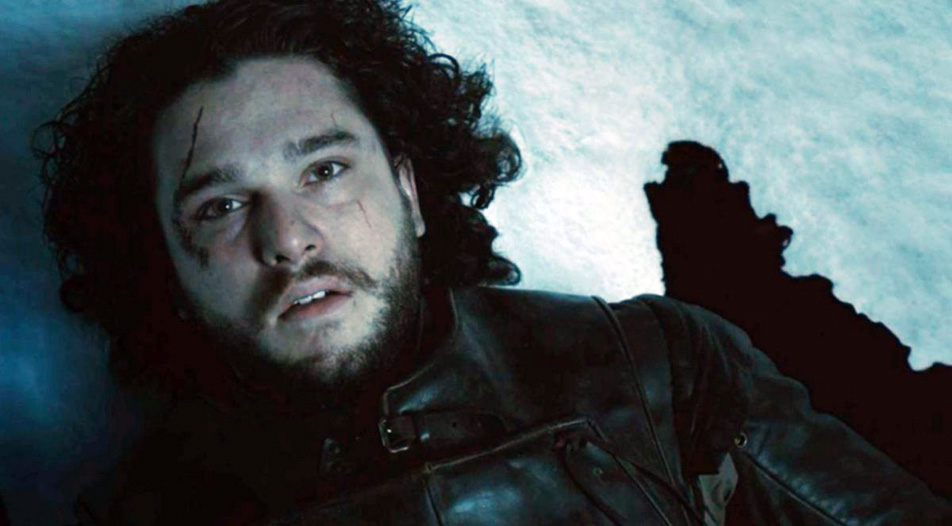 Low Points, Licked Wounds and Doomed Plans Say It Is.

That is to say, is Game of Thrones the TV series — which is now in its sixth season — actually one big giant movie, and the source of its highs and lows based on three-act film structure?

Why did we go there? Because, we, along with everyone else are trying to predict the end of an epic show that only has 12 episodes left. It’s become a bit of a ritual for Game of Thrones fans to bombard social media on Monday morning with guesses about what’s going to happen next week. These along with a bit of anxiety that it’s all coming to an end fuel the endless forecasts of possibilities.

But instead of scouring the internet for clues and over analyzing each gruesome death, you might consider using basic story structure from a three-act perspective to figure out what’s going to happen next.

The first thought that may come to your mind is that three-act screenplay structure applies to plays and feature film scripts, not TV shows. That’s usually true. If you’re a TV series creator and you have no idea if your show is going to last a single season (“We always meant for it to be a limited series!”) or 15 years (“Does anyone know a good realtor for tropical islands?”), you can’t really plot out specific story beats.

At best, you’ll know your beginning, middle and end and those will be highly subject to revision, lead actors quitting to join a band, and soul-crushing studio notes (“Can we add a wisecracking kindergartner to this medical drama set in space?”).

But if you’re Game of Thrones, you knew how the show ended before it ever started because the author of the as-yet-written books the show is based upon told you. This allows a certain structural specificity to be deployed, which makes for some very rich, well thought-out storytelling. And what other structure would a couple of mostly-feature film writers use? Game of Thrones executive producer D.B. Weiss wrote many high-profile scripts as yet unproduced (a prequel to I am Legend and an adaptation of Halo among them), while his school chum and co-exec David Benioff wrote 25th Hour, Troy, Stay, The Kite Runner and X-Men Origins: Wolverine.

In the traditional three-act structure of drama that they appear to be following over the course of the six seasons so far, there are certain broad story beats that, while certainly not required of every script, have become standard form. Viewed through that lens, Game of Thrones as a series overall is right around the final sequence of its Act 2 (about three-quarters of the way through its story) and prepping hard for the big climax in Act 3 – presumably, the seven episodes to come next year. Get your wallet out, HBO. Third acts are where we plead with the Iron Bank of Braavos for a loan. What typically happens in a feature film around the end of Act 2, you ask? Hey, good question. Here are some of the story beats one can expect to find there: Let’s apply these beats to just five of our favorite Game of Thrones characters in their current incarnations and see if this dire wolf hunts: (Spoiler alert: This article assumes you’re current with your Thrones-watching as of Season 6, episode 5, The Door. If not, bookmark this article for later.) The same story beats apply to every major Thrones character: Bran, Sansa, Melisandre, Varys and Jorah fit the paradigm as well. So what does this mean for the show’s next steps? If the show’s writers are indeed following an overall three-act structure, the next and final act can be counted on to possess certain story beats:

Of course, I could be wrong about all this.

Weiss and Benioff could be ignoring structure altogether and going with their guts. The Mother of Dragons could trip on a root and fall over a cliff, Littlefinger could become the new occupant of the Iron Throne, and Jon Snow could find out he’s really Jon Snow, distant cousin of Chrissy from Three’s Company.

There are great series that have had worse endings (looking at you, Lost). But I trust structure, and all the evidence so far is that the Game of Thrones writers do, too. Let’s see if I’m right as a three-eyed raven or wrong as the love between increasingly bitter siblings.

For another breakdown of a great series that apparently followed three-act feature structure, see this post about Breaking Bad.

Let me know what you think, are these predictions in line with what you see happening when it call comes to an end?

This author has not supplied a bio yet.

5 Replies to "Is Game of Thrones Following Three-Act Structure?"