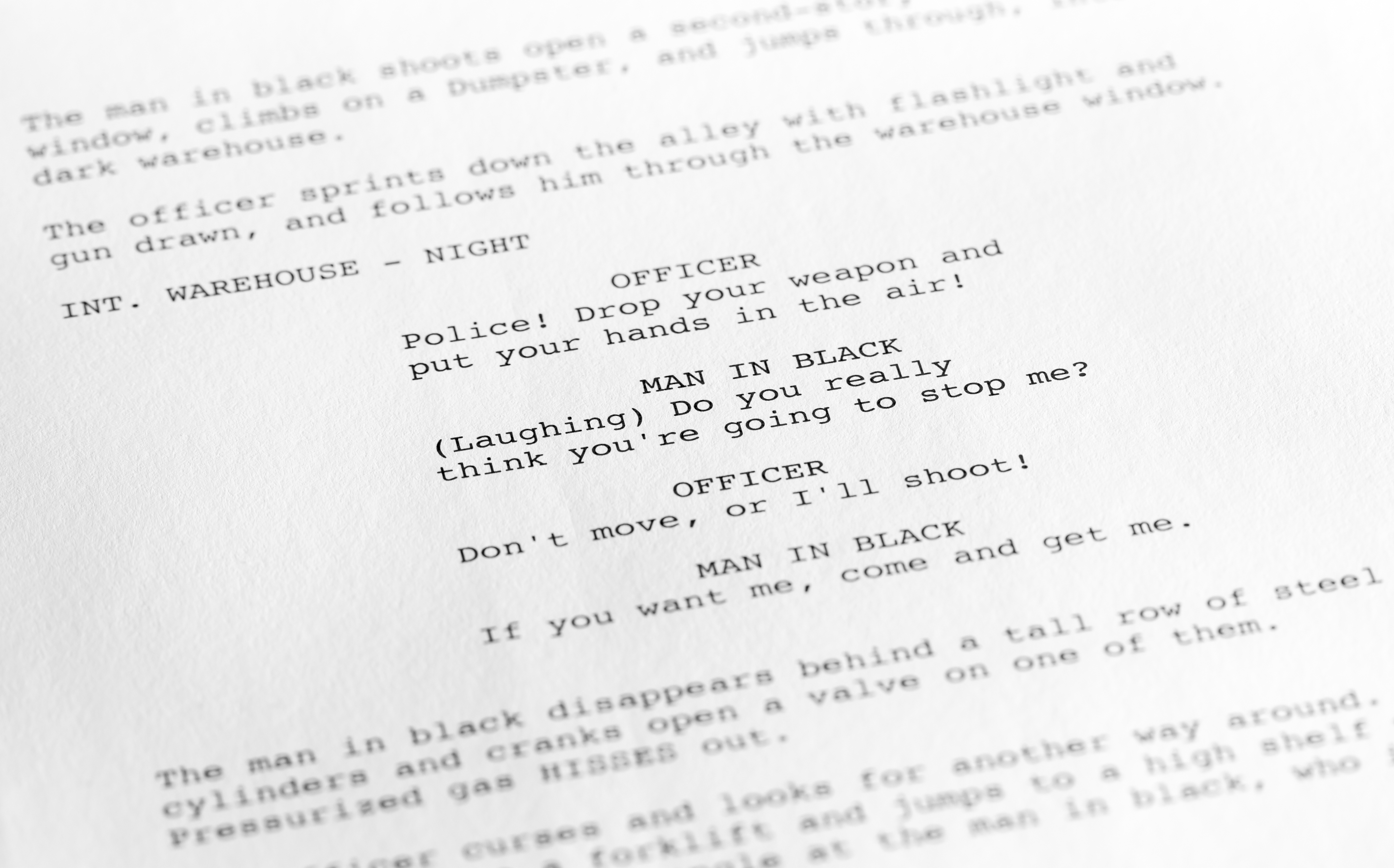 You know the story you want to write. You’ve learned the formatting rules for writing a screenplay. You’ve drafted and drafted and drafted. And, now you want to make sure that when your spec script gets read, everyone loves it. How does that happen? I can hear you in the back row saying, “I wrote a good story. I don’t need to do anything else.” Well, that’s not always enough.

When you send your script out to an agent, it will be handed off to a reader or an intern for “coverage,” a report generated by the reader telling the executive what the story is about and whether to pass or consider the script. And, if that person votes to “consider,” he or she will convince the agent or manager or production company executive to read. Then your script is passed up the food chain to the next person and hopefully more producers, managers and executives will read your script. The more reads the better.

As a screenwriter, your material has to survive layer after layer of gatekeepers until it is finally bought and produced. The way you tackle this multi-reader system of weeding out the unwanted in Hollywood is by learning how to win the read.

Back in the golden age of Hollywood, studio executives used to hire a writer to do a “polish” draft, which was essentially a draft of the script re-written to be a great read. We don’t have that luxury nowadays, so it’s up to you to polish your draft.

Here are five tips on how to make that happen:

Newbie screenwriters often rely heavily on camera angles and/or phrases like, “We ZOOM IN on Bob sitting on his couch…” You really should avoid this kind of thing as much as possible. You don’t want your reader thinking about cameras or audiences or anything other than what’s going on in the movie you’re trying to sell. Tell your reader what’s on the screen. Instead of “EXTREME CLOSE UP… Bob’s eyes…” Try “Bob’s soulful eyes brim with tears.” Write something that sounds like a close-up without calling out a camera angle.

No. 2 — Write with expression.

Some critics might suggest not putting facial expressions into your script, that it offends actors. That may be true of a production script, but it’s not true of a spec script. You have to convince at least a half dozen people that your script is a great movie before an actor ever sees it. Adding in phrases like, “Bob’s face falls,” “He’s crushed,” or “Betty smiles like she just won the lottery” can go a long way toward making your script an emotional read.

No. 3 — Make your narration count.

In general, between your slugline and your first line of dialogue you have four, maybe five sentences. You have to make the most of them. And what that means is that you have to do more than move your characters around. Write this paragraph as though it was right out of a novel. Use metaphors and similes. Use vivid, concise description. Keep your character descriptions brief and evocative. I once described a character as “standing there like a question mark,” and I received several compliments on that tiny, little phrase.

Inserting yourself into the script with funny asides and the occasional commentary is generally a bad idea. Generally. It can, however, work well with comedy, or even horror. Remember, you’re telling a story. You can add a joke to the narration or include funny stage directions. Yes, the audience will never see it. But your goal is to make your first readers laugh. A daunting task when that audience reads for a living.

Years ago, I was with one of the hot management companies. I pitched them some scripts, and we decided I’d write an “office place” romcom. I went off and spent months writing it. When I turned it in, my manger said, “Oh, I heard about a competing script this weekend.” Meaning that my project was dead in the water.

She sent me the competing script, though, which I read. It was similar to my script, but not really. It was also terrible. I told my manager it would never get made into a movie and she said, “Oh no, so-and-so’s attached. The studio paid $2 million for it. It’s a go.” Well, it never got made. But it did teach me something important. The script did one thing well; the writer made the main characters sound exactly like two of the hottest actors at the time (one of whom had attached herself).

If you can make your characters sound like specific movie stars, you’ve vastly increased the chances of selling your script.

So, in your mind, separate “the read” from the story. You may have written a great story but if it doesn’t read like a great movie, no one will see it. Make the experience of reading your script pleasurable, and you substantially increase the chances of your story getting made into a movie.

Do you have any ideas on how to improve the read? We’d love to hear them.

11 Replies to "Winning the Read: Five Tips to Make Your Story Shine Through"