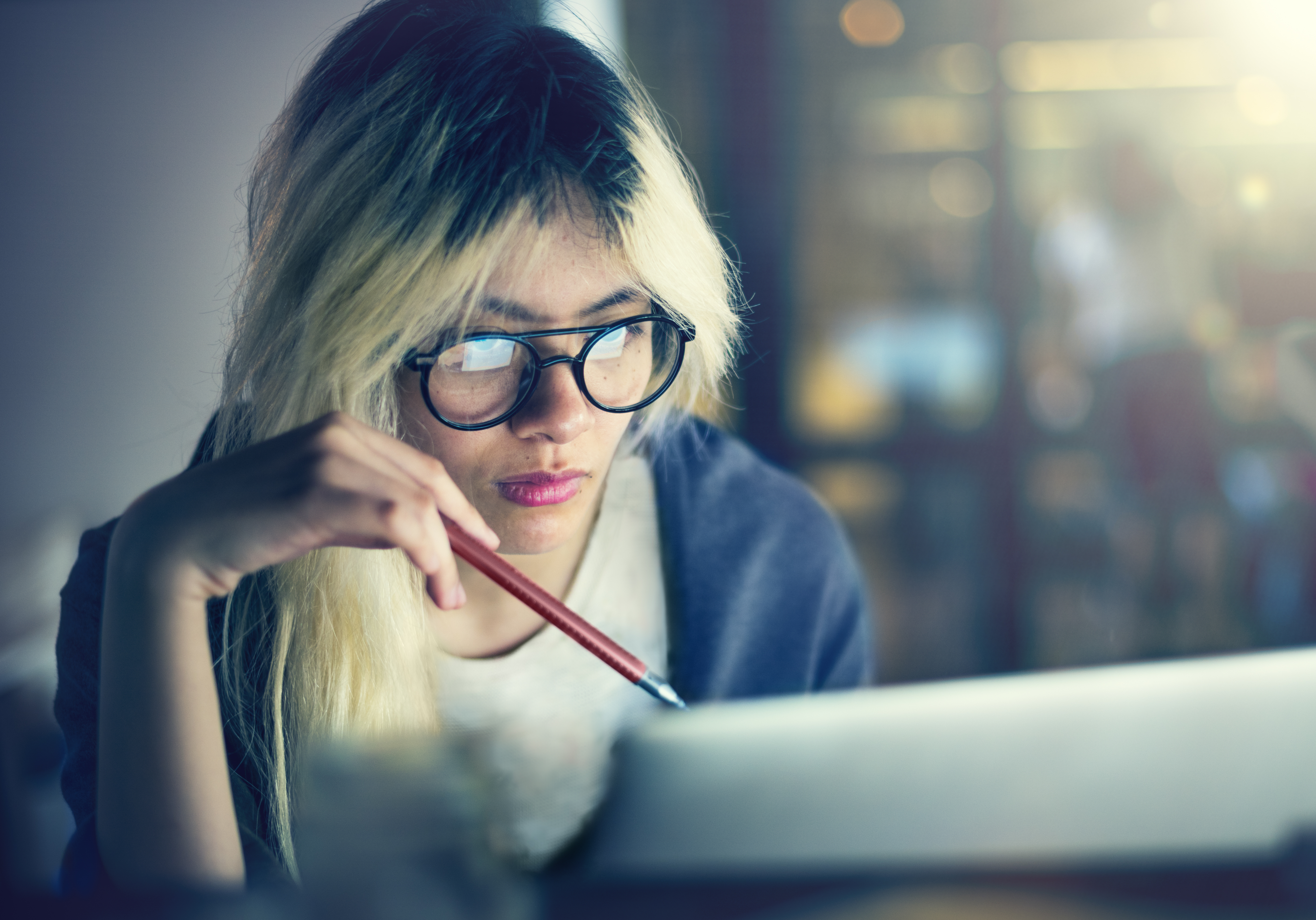 Have you ever hit a wall exactly at the moment when you should be feeling the most accomplished? You’ve written your script, handed it out to critique partners who gave you honest and valuable feedback, gone through revisions, and now… you’re stuck. You can’t quite bring yourself to submit it anywhere. You go over it again, and again. You strike a line out there, and add another one here. You fix a comma that doesn’t need to be fixed. You have this sinking feeling in your stomach. Creatively, you know you’re just pushing your food around on the plate, but you can’t seem to stop.

Once a writer falls into the trap of overthinking, anxiety rears its ugly head and the worries start to pile up. “According to psychologist Susan Nolen-Hoeksema, Ph.D., the way our human brain is organized makes overthinking an easy habit to fall into. Our memories and thoughts form an intricate web of associations so one idea or remembrance that gets triggered stirs others that are similar…Once our mind starts spinning around negative emotions and memories, it is difficult to stop.”

So how does a writer combat these negative thoughts that are so “difficult to stop?”

By using these five simple methods:

No. 1 — Start with Mindfulness

You don’t have to go all Zen to enjoy the benefits of meditation. Bringing your mind to the present moment pulls it away from the emotional triggers of the past and the uncertainties of the future. “Dr. Elizabeth Hoge, a psychiatrist at the Center for Anxiety and Traumatic Stress Disorders at Massachusetts General Hospital and an assistant professor of psychiatry at Harvard Medical School, says that… ‘People with anxiety have a problem dealing with distracting thoughts that have too much power…They can’t distinguish between a problem-solving thought and a nagging worry that has no benefit.’”

How can you fix this?  Commit to doing ten minutes of meditation every morning using: I now choose to live in the present as your affirmation. Keep a daily log to track any changes in your thought process in order to see if it works for you. When you allow yourself to relax and see things as they really are, you’ll realize sending that script out into the world is the best way to move forward.

Remember those trusted peers you asked to give you honest feedback? Well, you’re going to take advantage of their honest nature again as you ask them to help you keep yourself accountable. Give your word to them that you’re going to submit your script. And if you don’t do it, you have to pay a price—a price which they will decide. Whether it’s ten bucks or pricey concert tickets, if you don’t submit that script they get to make you pay up.

And how can you keep yourself accountable when it comes to this pact? Decide on a definite date by which you have to submit and keep the timeframe under two weeks so no one can plead forgetfulness.

Obviously, if it were that easy you would have done it already, right? But I’m not talking about forcing yourself over the cliff. Instead, catch your unawares when you least expect it. The moment you have the least little urge to send off that script, do it. Don’t stop to do more research, or reword that email one more time. Fire up your laptop first thing in the morning and send it off before you can think about it. Or have your laptop open and waiting for you when you get back from your evening run, so you can push the submit button right after you walk in the door.

Take advantage of those moments when your mind is clear and take action before you can stop yourself… or “overthink.” If it takes a couple glasses of wine to do it, that’s okay too.

Dennis Hsu, of the Kellogg School of Management at Northwestern University, observed that many successful athletes seem to “immerse themselves” in music before big games. So he and his co-authors set out to discover why music appeared to have such a significant impact on motivation and drive. “Researchers asked participants to listen to novel instrumental music pieces in which bass levels were digitally varied…They found that those who listened to the heavy-bass music reported more feelings of power… than those listening to the low-bass music.”

Make a playlist of bass-heavy songs that make you feel powerful, inspired, and confident. Pick your favorite and listen to it right before you send in your submission.

No. 5 — Take an Honest Personal Inventory

Much of the time when we’re holding back from moving forward we’re really holding onto old emotions that don’t serve us any longer. June Saruwatari, author of Behind the Clutter, says that people hold onto things—objects and goals—out of guilt and shame. “‘You hold onto things based on hope,” she says. You hope to lose weight, catch up on reading, finish that abandoned project. But when you don’t, it’s hard not to feel like a jerk about it.” Take a new look at that script you’re stalling on and get real about it. Are you honestly going to submit or did you lose the heart for that project long ago?

Make a list of your goals for the next month, and for the next year. Then, imagine that you only have six weeks to live. Now go through your list again and mark each goal with “Very important” or “Not that Important” and watch how things have changed.

Try each one of these methods until you hit upon one that really works for you, and then run with it. Keep going until you’ve successfully submitted your script. And always remember Babe Ruth’s famous words: “You just can’t beat the person who never gives up.”

9 Replies to "5 Ways to Fight Overthinking and Submit that Script!"