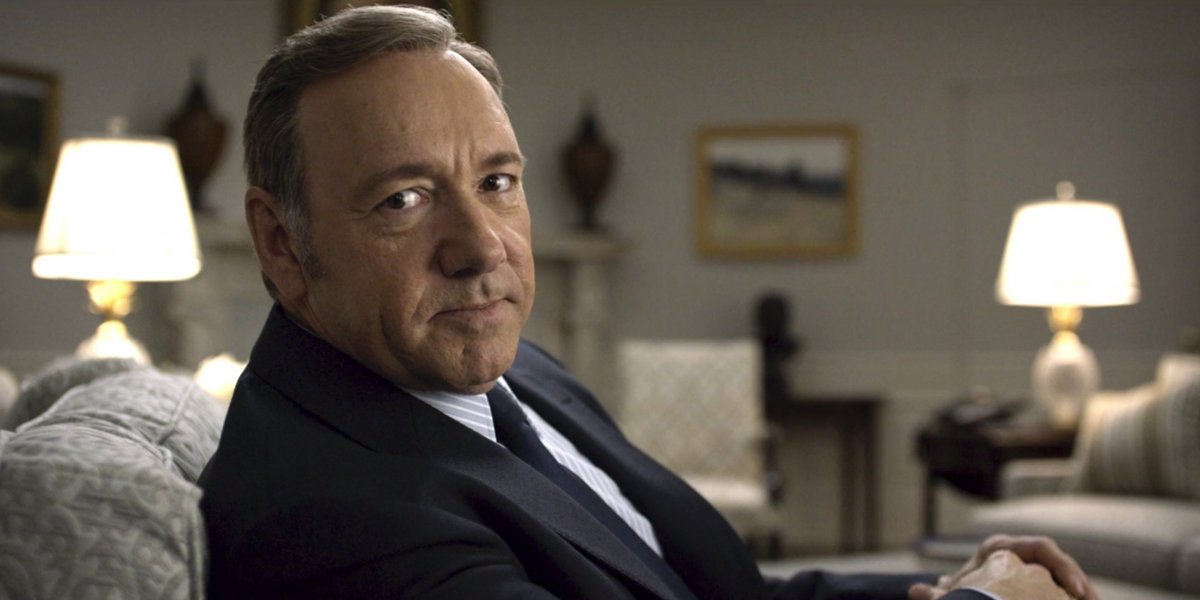 Kevin Spacy has a little chat with the audience in House of Cards. Photo courtesy of Netflix.

In the 1970s, anti-heroes were king of the box office. Occasionally, you’ll still see an anti-hero in a film but for the last decade or so they’ve been too busy ruling the cable market. This type of character presents a unique challenge to the writer.

Normally, we spend a lot of time trying to make our characters likeable—or tearing our hair out when people say they’re not. So, how do you handle your characters when you don’t exactly want your audience to like them? How do you make them watchable and compelling? Here are five tips to doing just that.

You’re looking for a way to bind the audience to your character—despite the fact that they’re thoroughly despicable. One of the ways to do that is to make the relationship more personal either by breaking the fourth wall and having the character address the audience, as they do to great affect in House of Cards. Or you can try voiceover.

Voiceover goes in and out of fashion, probably because new writers sometimes use it as a crutch. One of my favorite films, and an example of how to do voiceover right, is The Opposite of Sex in which Christina Ricci plays a reprehensible, lying, murdering teenager who narrates the film brilliantly and makes you fall in love with her.

No. 2 Make the other characters worse.

If your main character is a bad guy, make the bad guys around him even worse. Sons of Anarchy is great examples of this. In what is probably the longest adaption of Hamlet every made, Jax Teller kills more than a dozen people during the seven seasons of Sons of Anarchy, and still he’s the hero. The reason that works is that the writers have made sure everyone Jax kills is worse than he is, that they deserve their fate.

The characters in Casual struggle with the past and the present. Photo courtesy of Hulu.

Two shows that I’ve been enjoying are Casual and Transparent. Both shows have characters who do pretty dreadful things to people they love.

At the end of Casual’s first season, Valerie does something terrible to her brother, the person she loves most. But it’s still easy to be empathetic, because at the core of her character is the desire to be a better person. In fact, that’s the common element to all of the characters on both of these shows. No. 4 — Give your characters good reasons to be bad.

This is something else that Casual and Transparent have in common. Each show has a well-developed backstory explaining the characters bad behavior. In Transparent, the parents are a major part of the show and you get to see how their past decisions, and even their current decisions, influence the poor decisions their children make. No. 5 — Your characters are secretly good

This is idea works particularly well if you’re writing comedy.

Two shows I’ve been enjoying are You’re The Worst and Difficult People. Both shows are about characters who want nothing to do with normalcy and are struggling to avoid being like everyone else. The writers have flipped the script and have made normal people the bad guys. By hinting that the characters are secretly good beneath their sarcasm and bad behavior, and also exposing the “normal” characters as not as good as they pretend they are, the writers encourage us to enjoy these characters as they hide their goodness in sarcastic one-liners.

How do you handle anti-heroes? Haven’t any tips I didn’t cover?