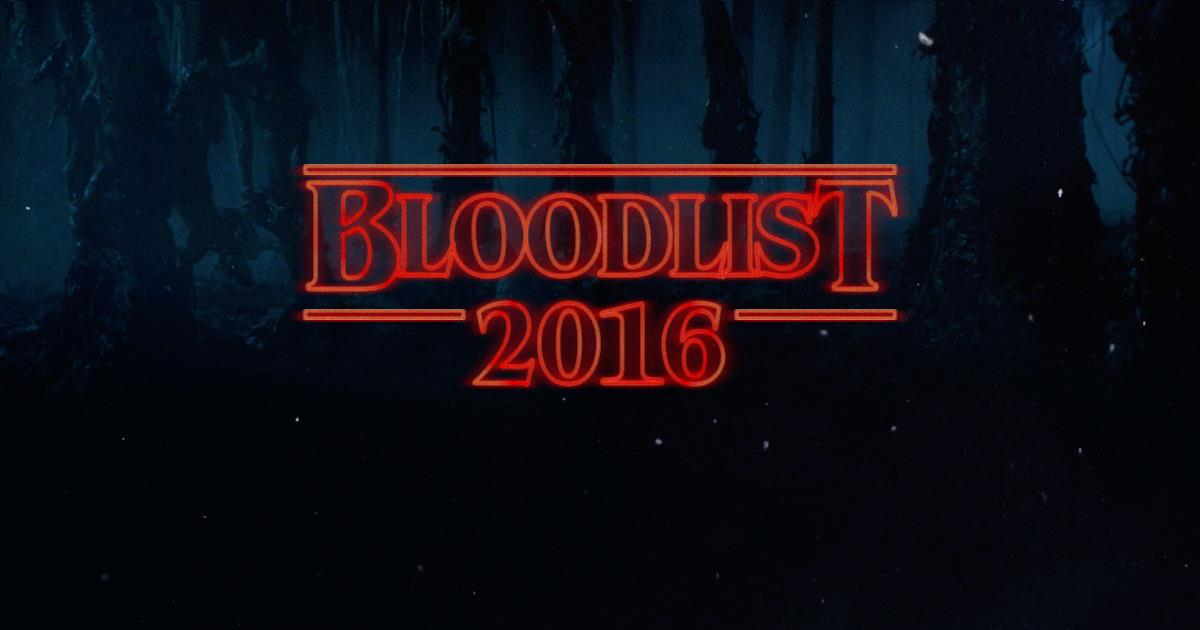 With so many scripts and so little time to go through all of them, Hollywood has in recent years developed a way for industry insiders to know who’s writing the best stuff.

If you write in the horror genre, you need to know about The BloodList, an annual survey of screenplays which includes the best dark scripts that fit into the wide horror genre. We sat down with The BloodList creator, Kailey Marsh, to find out more. Having worked as an assistant to Steven Schneider and Jason Blum during their work on the first Paranormal Activity, then hopping over to Circle of Confusion, Kailey Marsh was asked the same question over and over: What are the best horror scripts you’ve read lately? So she did what any smart person would do, she compiled a list.

“At the time, I was hosting a lot of horror screenings because it was a good way to meet executives. I would find an obscure horror movie and show it to about 20 people about a month before it came out. I created a tracking board around it and through that, I created The BloodList,” says Marsh.

Now, Marsh is a literary manager, producer and CEO of Kailey Marsh Media and people look to her as a tastemaker for the horror genre. If a horror screenplay is really good, it will be on her list.

Industry executives vote on their favorite unproduced horror screenplays and using their input, Marsh compiles the list that is published around Halloween every year.

Some of her recent favorite produced horror films have been Don’t Breath, It Follows, Blue Ruin, The Visit and Goodnight Mommy. Surprisingly, Marsh doesn’t have a narrow definition of horror. In fact, it’s quite broad.

“Horror is different for everybody. Something that may scare one person won’t necessarily scare another person. I think there are a lot of varying degrees of horror in everything, even comedy. If a person is getting held under water in a scene to the point where they might die, that’s a horrific scene. Genre wise, I let a lot of thrillers onto my list. Sci-fi is scary because of the unknown element. Horror comedies are really important, though successful ones are few and far between, it’s a genre that people like. Movies nowadays blend so many genres so when people ask me if a script could be on The BloodList, I say use your discretion. If you think it’s dark – then cool. If you don’t, then don’t put it on your list. If it’s about dancing ponies, it’s not right for The BloodList.”

This year however, Marsh is doing something new. She’s started the Fresh Blood Initiative, a way of finding great genre scripts that’s open to all writers, even ones without representation.

The best part? Submitting to Fresh Blood is totally free.  Marsh uses a lottery system to determine what gets read, and lets the cream rise to the top.

“Most of the people who submit to Fresh Blood are unrepresented. Because it was free, I feel like I opened it up to people who either couldn’t afford to submit it to a screenplay competition or didn’t want the added pressure of paying $60. I got a lot of screenplays.”

In fact, Marsh received over 400 submissions in a little over two and a half weeks. She’s going through the submissions now and really hopes Fresh Blood will help good writers get their name out there and get read.

“Know what’s out there. Going through these Fresh Blood submissions and reading loglines, there are literally four or five scripts that have the same exact idea. It’s inevitable but if you’re trying to break in, you should write something that only you can write. Something where your voice comes across so strongly, that people know exactly what they need to hire you for.”

Marsh urges up-and-coming writers to carefully select which script you want to represent you.

“The first script that makes you visible to people in the industry is important. People will say to me, ‘Oh, I have five horror scripts’ and I’ll say, ‘There is one that is literally the best’ and they should only talk about that one script. In life, you only get to make your first impression once and it’s the same with screenwriting.”

So, what are some of the latest trends Marsh has seen in horror?

“We’re coming out of a home invasion phase, there was Don’t Breathe and Hush, but J horror is coming back – just having Japanese elements in horror and people are starting to mine the Japanese horror movies again. I personally have also been developing a lot of teen horror, not just slashers, but poppy, fun, zeitgeisty types of things. Stories that are little bit meta without being comedies.”

Her last piece of advice is to understand that taste can be very personal. Not all scripts appeal to everyone.

“If people don’t respond to your script, just move on. People have to really get it, especially in horror. If someone doesn’t like your script, focus on finding someone who does.”

6 Replies to "If you write about horror, you need to know about The BloodList"