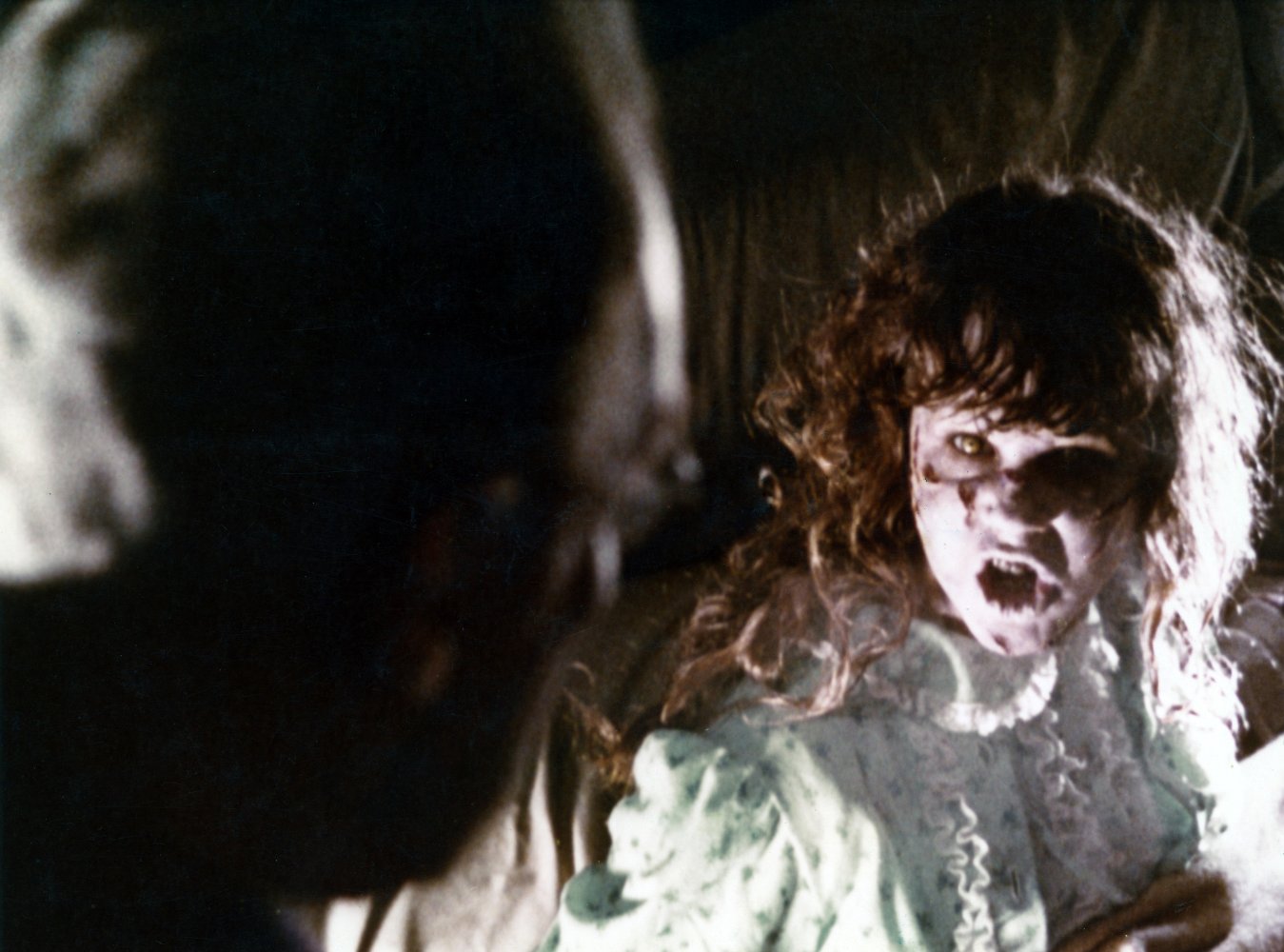 Halloween is upon us, so we thought it was a good time to take a closer look at the ever-evolving (and ever-lucrative) horror genre.

Most screenwriters have at least one great idea they know would make a terrifying horror script. But horror has become incredibly sophisticated in today’s cinematic world; it seems there’s some type of film for every phobia and dark predilection.

To help guide your instincts, we’re going to break down horror into the 13 subgenres every writer needs to know before embarking on the next great fright-fest. Keep in mind that many horror films incorporate more than one subgenre. What you need to know: In this subgenre, your main protagonist is the common man/woman/family, middle or working class. They must be relatable to the average person so they can imagine themselves in the same situation.

Your antagonist is a ghost of a person who was once alive. This ghost should have its own motivation or need to drive it to the extreme act of making contact with the living. Generally, ghosts target the weak, vulnerable or very young, often a young girl, like in Poltergeist. Girls are thought to be more susceptible to paranormal activity because of their emotional depth and biological potential.

Tip: If you’re going to write in this subgenre, treat your ghost as you would any character. Give them a history and a strong need or desire they will stop at nothing to fulfill. Examples: The Exorcist, The Rite, The Exorcism of Emily Rose, The Last Exorcism, Session 9

What you need to know: Your protagonist is usually a religious figure, possibly a Catholic priest, or someone who has a history with the Catholic church or other religious organization.

Your antagonist is a demon as defined by the Bible and may be conjured or controlled. The demon is an agent of Satan himself, capable of large-scale evil acts, including stealing souls. Like ghosts, Demons tend to target pre-pubescent or newly pubescent girls, most notably seen in The Exorcist.

Tip: Be sure to include sin, punishment and repentance in your human characters. No one is perfect and your characters should have a checkered past that leads them to carry around a lot of guilt. What you need to know: Gothic horror is most likely set in a previous time period, where science wasn’t readily available to explain away strange happenings. Gothic horror often borders on the melodramatic, may use religious iconography and typically features a beautiful, yet defenseless woman in need of a rescue. Your protagonist is usually someone who’s wealthy or upper class. Your antagonist is often related to some type of historical event or legend, as in Sleepy Hollow.

Tip: Treat the location of the story as its own character. The Stonehearst Asylum has a long, dark history, an eerie appearance and is very remote, keeping emergency help from arriving quickly. Examples: Hush, Don’t Breathe, Lights Out, The Purge, You’re Next, Panic Room, When a Stranger Calls, Wait Until Dark

What you need to know: This genre has been around for a long time but has recently been on-trend in Hollywood. Your antagonist is typically a woman whose arc is to start out weak before transforming into a brave fighter, willing to kill her assailant to survive. Your antagonist is most often a man who is a social outcast or sexual deviant. The antagonist usually is after more than just rape and robbery – he takes pleasure from killing.

Tip: Whether the “home” invasion takes place in an actual home, a high school, or a space station, try to find some new element about the location that the audience hasn’t seen before. What you need to know: The structure of a romantic horror film is similar to that of a romantic comedy: boy meets girl, boy loses girl, boy wins girl back. Only in the horror version, that boy or girl could be a ghost, zombie or vampire. Your main antagonist is going to be the “girl” who falls for the ghost or monster, but is kept apart from him due to societal pressure. In Twilight, it is taboo for pretty high school girls like Bella to date a vampire like Edward because her very soul is at risk. That tension, between desire and adhering to social norms, makes up most of the conflict.

Tip: Figure out a really strong reason why each person/entity loves each other. It must be more than just physical attraction for them to risk everything to be together. Examples: Beetlejuice, Shaun of the Dead, Ghostbusters, The Cabin in the Woods, The Final Girls, Young Frankenstein

What you need to know: This is the most difficult of all the horror sub genres because not only do you need to frighten your audience, you need to make them laugh, too. Trying to find that balance can be tricky.

Tip: Sometimes, the horror comedy subgenre is used to make a social commentary in a way that hasn’t been done before. Life After Beth draws the parallel between the difficulty of making a romantic relationship work, to trying to love a demanding, psychotic, undead girlfriend. No. 7 — Traditional monsters like vampires, werewolves, witches and aliens

What you need to know: Your protagonist is likely the monster, struggling to find their place in the world. In regular society, “monsters” are misunderstood so they are hunted and killed. Your antagonist is usually a person who represents society as a whole, against the creature they see as different. These types of films may also use the monster’s plight as a metaphor for sex. If you look at any vampire movie, while there may be no actual sex, there’s still penetration and an exchange of bodily fluids. The themes in this subgenre examine humanity’s sexual or animal side. In The Witch, Thomasin (Anya Taylor-Joy), comes from an ultra religious family who twists her sexual awakening into something demonic.

Tip: People have been making films about these classic monsters for the last century. Figure out what’s new or different about your take on this particular monster and why this story needs to be told today. Examples: 28 Days Later, Dawn of the Dead, World War Z, Night of the Living Dead, Pride and Prejudice and Zombies

What you need to know: The zombie subgenre tends to surge in popularity in times of economic and political instability. The metaphor of a mindless, emotionless undead human who feeds on brains is powerful when put into context of a dysfunctional government or society. It suggests that whomever’s in charge lacks a brain. Your protagonist is usually someone who advocates for others who are more vulnerable. Your antagonist is chaos, societal breakdown or the human-caused collapse of the natural world.

Tip: Typically, zombies are portrayed as slow moving and stupid. Play with this trope, by giving your zombies some type of advantage over humans to create the most peril for your protagonist. What you need to know: When these films succeed, it’s usually because of their shock factor and super low budgets. The central conflict is usually technology vs. nature. Your protagonist is a person who crosses the line with technology, becoming too dependant on it, then suffers natural or paranormal consequences. In The Blair Witch Project, three investigators take to the woods to document on videotape the legend of the Blair Witch. Your antagonist is the natural or paranormal world or an agent of that world. The theme usually centers around putting technology in its proper place.

Tip: Treat the found footage as its own character. Is it grainy with intermittent sound issues? Is it perfectly clean video that seems to have been edited in spots? What is the camera trying to express to the viewer? Give the camera shooting this footage a strong point of view. What you need to know: Three words: blood, blood and more blood. Also called body horror, this subgenre is entirely focused on the infliction of pain and mutilation of the human body. In a sense, this type of horror is the easiest way to get a reaction out of an audience: very few of us can watch eyeballs get plucked out of their sockets without cringing – or worse. Your protagonist is an everyman or woman, someone very relatable to the audience. Your antagonist is usually a depraved, mentally unstable person with their own tragic backstory. Examples: The Shining, Repulsion, Psycho, It Follows, The Others, Pi

What you need to know: This type of horror plays more on our fears and the breakdown of our mental state than any physical threat. Repulsion is about a woman unable to recover from being sexually abused. Her mind starts to play tricks on her to the point where her entire self-identity collapses. Your protagonist should be a regular, relatable person who makes a simple mistake – one that is easily made by anyone. Your antagonist is your protagonist’s own mind and paranoia is usually a large part of the story.

Tip: Find your protagonist’s inner conflict and make it huge. Then, put them in a situation that exacerbates that conflict. Examples: The Birds, Jaws, The Ruins, Antichrist, The Reef, Deep Water, The Revenant

What you need to know: This subgenre plays on our most primal fears – the beasts of the wild. Your protagonist often selfishly puts themselves in a situation they shouldn’t have. In The Revenant, Hugh Glass (Leonardo DiCaprio) is a fur trapper, on a mission to pillage the wilderness of its animals all for financial gain. Your antagonist is nature itself. While its tragic and dramatic that Hugh is mauled by a bear, the situation is made worse by the greedy fur trappers he works with who don’t value his life.

Tip: Pick an animal or natural element we haven’t seen in a horror or thriller before. Make it feel fresh as well as threatening. What you need to know: J-horror differs from American horror mostly due to the Buddist influence on the Japanese culture. Buddism teaches that people experience the life, death and rebirth cycle until one reaches Nirvana. Because of these beliefs, the Japanese see life and death as fluid and temporary. America was built on Christian-Judeo ideas that we have one life but an eternal soul. Japanese culture also has different myths, stories and supernatural characters that feel fresh to an American audience.

Tip:  Before you begin your horror script, watch some of the original J-horror films with subtitles to see the different ways they approach death.

Are you working on a horror script? Let us know what subgenres you are exploring in your writing.