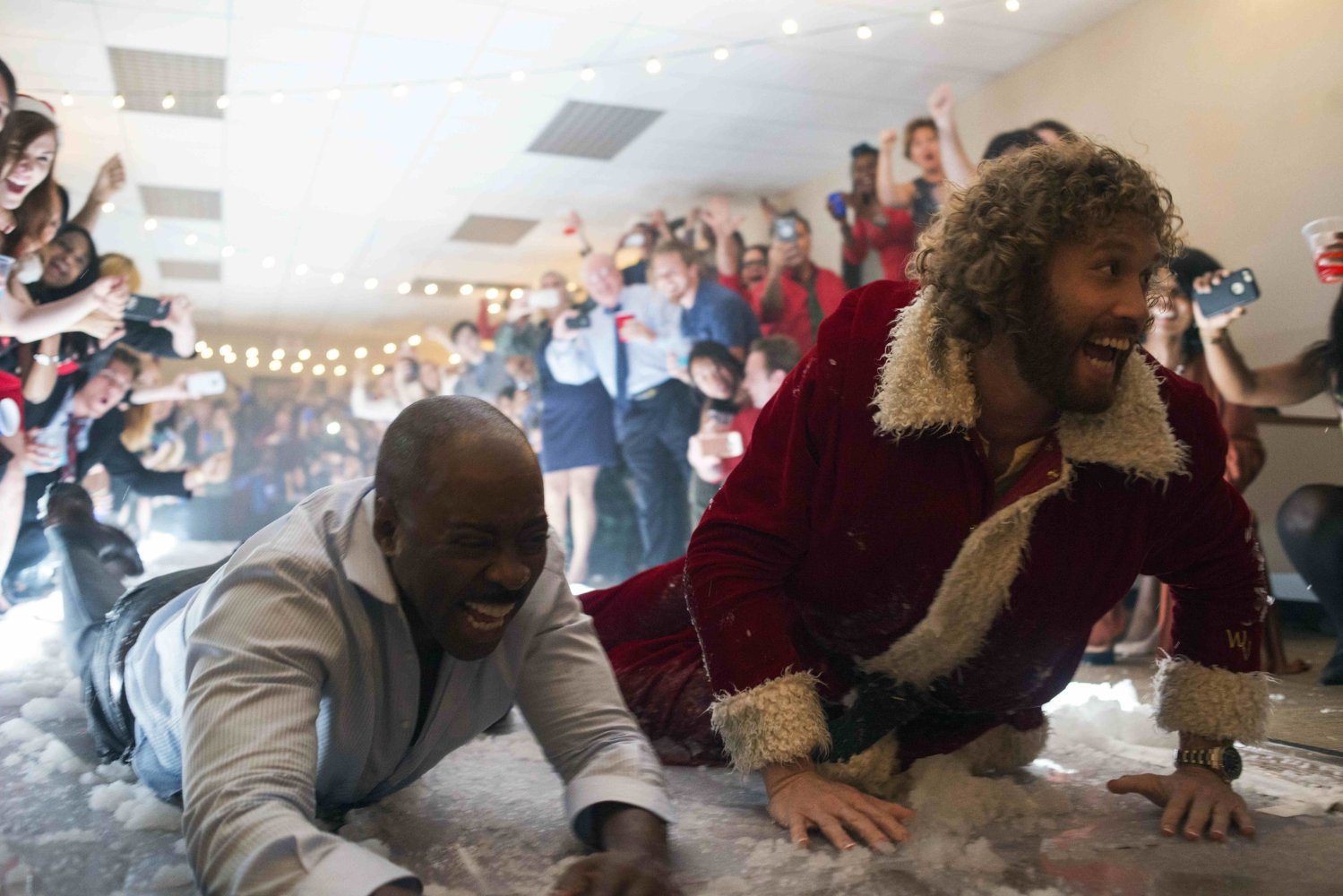 Justin Malen, along with screenwriters Laura Solon and Dan Mazer, each added their wit, personal experience and twisted holiday spirit to Office Christmas Party, making it one of the funniest films of the year.

As a former corporate lawyer, Malen is very familiar with office culture and stiff holiday parties. To write this screenplay, he just had to think back to the numerous awkward Christmas festivities he’s attended the in past and make a checklist of what to include.

“There were certain holiday party tropes that we knew we needed to hit. Secret Santa, seeing your coworkers awkwardly interact in a social environment, photocopying butts on copier is kind of the standard thing, so we wanted figure out what was the next level of that. That’s how idea of 3D printing certain body parts came about,” says Malen in an interview with ScreenwritingU.

Malen admits the 3D penis printing scene wasn’t his idea but enjoyed the humor it brought to the film. The writing duo — Jon Lucas and Scott Moore — who came up with The Hangover series is credited with story by credits on the film along with Timothy Dowling (Pixels, Just Go With It). Lots of talent in the writing department for this film. More than just a party

For Malen, the Christmas party in the movie was much more than just a set piece. Not only did it need to be larger than life, it also needed to be a crucible for change.

“I thought of the party as a character and was thrilled that it had a story purpose. Throwing a party wasn’t just a way to set up other storylines. The company needed this party to survive.”

In fact, all the characters had something important riding on the party. For siblings Carol Vanstone (Jennifer Aniston) and Clay Vanstone (T.J. Miller), they need this party to repair years of anger and resentment. Their parents always pressured Carol to work hard while Clay was able to goof off. The party provides a way to heal their broken relationship.

Josh Parker (Jason Bateman), is newly divorced and needs the party to help him move on with this life by taking the risk of finding new love.

Tracey Hughes (Olivia Munn), knows she has the brains to become a tech visionary and needs the party to give her the confidence she needs to make her dream happen.

Human Resources director Mary (Kate McKinnon), lives her life by the rules, but deep down she’s envious of the risk-takers around her. She needs the party to help her free her stifled spirit.

Giving each character a significant life goal around the party was a great way to get the audience emotionally invested in the funny characters. Making a movie during an election

It’s hard to believe, but the filmmakers were doing ADR (automatic dialog replacement) with the actors and making changes to the jokes as recently as last month. The intensity and surreal nature of the U.S. Presidential election heavily influenced which jokes would stay in the movie and which ones would get cut.

“Seeing how divided the country was about certain political points changed how some of the jokes played out. We thought some would play for Trump supporters really well, while other jokes we thought would play for Hillary supporters and might offend the other side. We had some tough calls and ended up having to say ‘we’re not going to think about those things, we’re going to just think about the joke.’  Also, some jokes would have played before the election but definitely not after.”

Comedy needs finessing, according to Malen. Just because a joke is cute in your first draft, doesn’t mean you should settle on it. He urges writers to keep pushing themselves.

“Take multiple passes at your jokes, go back and punch them up. It’s rare that my first pass on a comedy scene will be the funniest. For me, it’s just about getting the bones out and then going back and finding new comedy to milk. I also think that the best comedy comes out of real situations – not always going for the joke, but finding the real humor in a situation.”