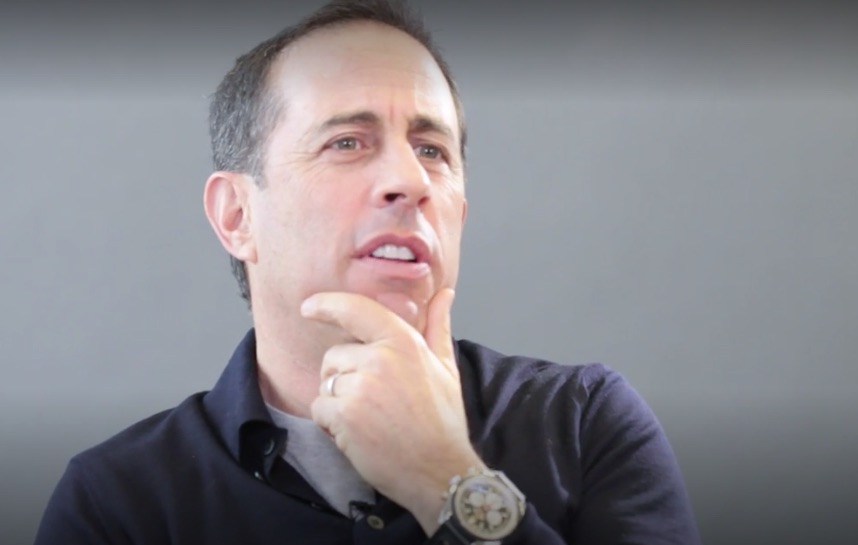 One of the best ways to hone your craft is to look at the work of experts. Here is a round up of our favorite YouTube bits on how to write standup, TV, films, sketch and everything in between.

A master of comedy and his domain, Jerry Seinfeld ruled network television from 1989-1998 with his hit show Seinfeld about a group of unsympathetic New Yorkers. And with each rerun that airs on late night TV, we learn more about how he crafted the show that inspired sitcoms to come after it on how to tell a story, twist plot and get in a joke every line of the script. Here, Seinfeld tells the New York Times about a joke that took him two years to perfect. “It’s a long time to spend on something that means absolutely nothing,” he says. “But that’s what people want me to do.” What Jerry go through the steps of his process.

Saturday Night Live is an American institution. Sometimes it’s genius; other times it’s uncomfortably bad. But that’s the beauty of it, it’s like any writer’s daily struggle to put something down that plays to the audience. And the show keeps on, no matter how tough it gets. The Hollywood Reporter goes behind the scenes with SNL writers to review 40 years of hilarious history.

The key to the magic of South Park’s great success, from the mouths of show creators Matt Stone and Trey Parker, is two words. “Therefore” and “but.” This video is one of our favorites because it explains how simple the rules of writing can be if you just think about your story in these terms. If you have two beats and they’re not connected by therefore or but, you have a problem.

When writer/director Spike Lee wants to find a story, he pulls from the greats. His latest film, ChiRaq, is set in Chicago’s violent South Side, but the story is based on a Greek comedy. In Aristophanes’ play Lysistrata, the women become fed up with the men engaging in war, so they decide to withhold sex until the killing stops. Here, Lee tells the audience on Charlie Rose how he modernized a story originally performed in 411 B.C. See how he handles an adaptation, so you can do the same.

No. 5 — Nancy Meyers on the Anatomy of a Script

Some say writing comedy is tougher than drama. But then others say writing romantic comedy is toughest of all. Why? Because you have to balance the rules of love in the process. In this two-hour Writers Guild Foundation interview with screenwriter Nancy Meyers (Something’s Gotta Give, It’s Complicated, The Intern, The Holiday), she discusses how to build a script from the ground up and keep your audience laughing along the way.

What are your favorite comedy writers? We’d love to hear from you below.

5 Ways to Rehab a Stale Script

3 Replies to "Our 5 favorite YouTube bits on comedy writing."