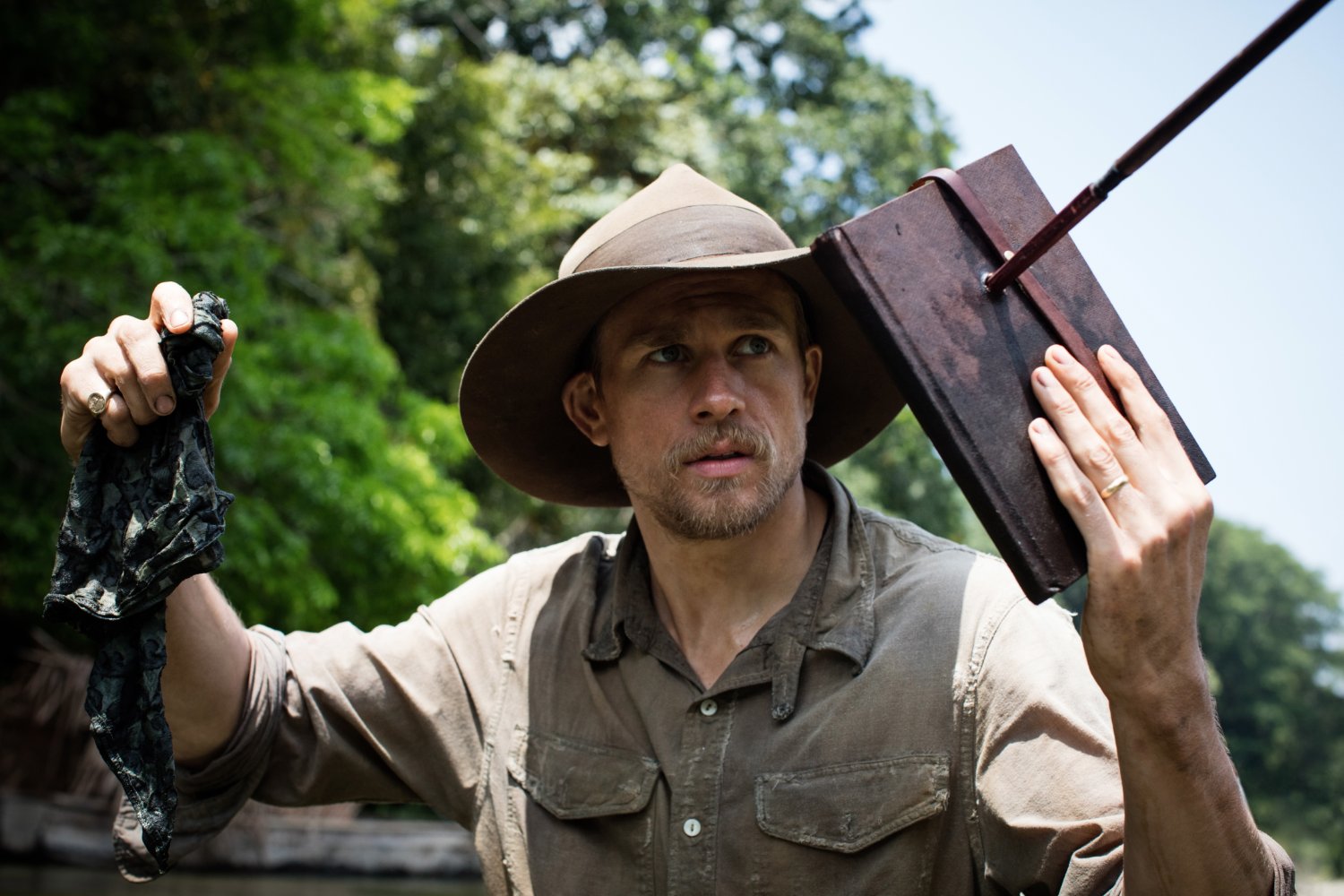 The new film, The Lost City of Z, was written and directed by James Gray and tells the true story of Percival Fawcett, a British explorer who disappeared in the Amazon jungle in 1925. If Fawcett’s name doesn’t ring a bell, you may be surprised to learn he’s one of the inspirations for the character Indiana Jones. Like Indiana, Fawcett (played by Charlie Hunnam), is heroic and dashing, a man’s man, full of adventure. But unlike Indiana, Fawcett’s story will not inspire a series of sequels due to Fawcett’s unfortunate fate.

Before making The Lost City of Z, writer/director James Gray wrote to Francis Ford Coppola, director of Apocalypse Now, to ask for his advice on filming in the jungle.  Coppola sent him a two-word reply: Don’t go.

Gray ignored the sage advice and flew his cast and crew, even his wife and children for a short time, into the wilds of Colombia for the adventure of a lifetime. But it didn’t take long for Coppola’s advice to haunt the production.

In a recent interview with James Corden, the movie’s star Charlie Hunnam revealed not only did a beetle lodge itself inside his ear, it burrowed through his ear drum. Yikes.

“Charlie could hear the bug flapping its wings,” said Gray, admitting that each day in the jungle brought a new terror. From shooting in “scorpion city” to flash floods and venomous snakes that drop from trees and bite people in the face, “We got out of there pretty much in tact, but it was by the skin of our teeth.”

While shooting a scene where the main actors push a wooden raft carrying horses in a river upstream, Gray saw what appeared to be a crocodile run up the riverbank. “I went up to our Colombian producer and asked, ‘Are there crocodiles in this river?’ He said, ‘No Mister James, no crocodiles.’ Then after the next take, Gray saw what appeared to be a croc’s eye and snout in the water. “I asked the producer again and he said, ‘Mister James, it is not a crocodile, it is a black caiman.’  So I said, ‘Okay,’ and God only knows why I accepted that as an answer. When we finished shooting and I came back to L.A., I told the story to my editor, who started laughing. ‘You know the black caiman is a crocodile, right?’ he said. I Wikipedia’d it and it’s a type of crocodile – only bigger and more dangerous. I have no idea how we never got attacked.”

I suggested that perhaps the spirit of Fawcett and his son Jack were watching out for them. Gray smiled and seemed to agree.

In spite of dodging disease and other dangers in the jungle, Gray has made a truly beautiful film that delves deeply into the human desire to risk life and limb to explore new worlds; to discover for discovery’s sake.

It was from this place of excitement and wanderlust that Gray approached the story.

“I didn’t view this story as a tragedy. Fawcett doesn’t find what he wants and he was probably killed by natives, but there’s another side to it. He managed to see a part of the world that even today most people from Europe or North America don’t have access to or understand. There was something beautiful and transcendent in that.”

Fawcett foraged into an unknown land, and like many other brave souls before him, spent a good part of his life searching for a lost city. The fact that Fawcett never found Z was just as important to Gray. “I thought of Z as this unattainable, illusive, beautiful thing. I’ve always thought the fact that he doesn’t reach Z is properly dramatic because it’s about the lack we all feel and the projection that we all make. The desire we all have to reach for something else because of our own insecurities and our need to escape the indignities that we feel. In some ways, the whole idea of Z is dreamlike and almost religious.”

Gray admits that Fawcett was a man obsessed and that’s what makes him so appealing to an audience.

“An obsessed person is like us on steroids. In a way, it helps us see our own desires more clearly.”

While most stories about obsessed characters begin with the protagonist already in pursuit of their obsession, Gray wanted this aspect of Fawcett to grow over time.

“He was drifting. Aimless. He didn’t have any military medals. He was disrespected and didn’t know what he wanted to do with his life. He was 36 years old, which for us is like being mid-fifties, and hadn’t done anything. I saw that as a powerful way to dissect the reasons for an obsession. A way to uncover the root cause of it and how an obsession can change over time – and spread, metastisize to his son and wife. He gave it to them, almost like a virus. We see it grow inside of him and become part of him in a very serious, dark way. But not only dark, beautiful, too.”

I asked Gray if he thought Hunnam brought anything to Fawcett that wasn’t on the page. “Charlie was unbelievably driven and focused. He lost fifty pounds in eight weeks. What’s interesting about him to me is that he’s very, very handsome, very charming, and almost like a swashbuckler from a 1930s movie. But King Arthur isn’t out yet and he’s not quite a star yet, so there is this striving. He’s wary about his inadequacy, which comes across in the film as a dignified struggle. It’s a sympathetic struggle.”

I couldn’t resist asking Gray if he had his own theory on what happened to the real Fawcett.

“I think he went into an area where there was a tribe of indigenous people who didn’t realize what he was there for and they killed him.”

The mystery only adds to the power of Fawcett’s story.

The screenplay for The Lost City of Z was based on the non-fiction book by David Grann. The film opens in Los Angeles and New York April 14, then wide on April 21.

3 Replies to "The Lost City of Z writer/director talks obsession, shooting in the jungle and ignoring Coppola’s advice"