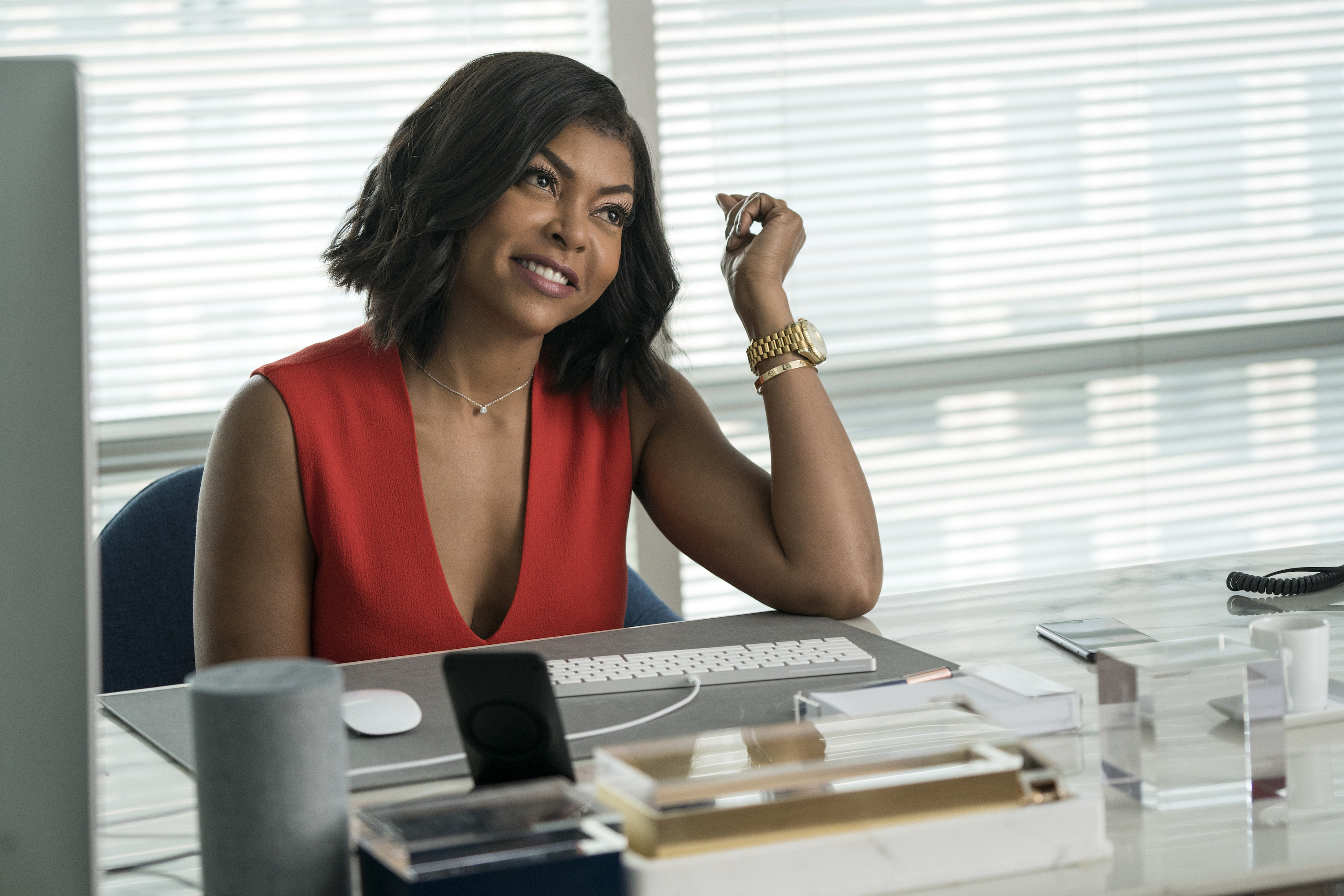 It’s likely you remember the film What Women Want starring Mel Gibson back in 2000, about a man who can hear women’s private thoughts. That premise has been delightfully flipped for the new R-rated comedy What Men Want, written by Tina Gordan Chism (Drumline, Peeples and the upcoming movie Little) and Peter Huyck & Alex Gregory.

In the new movie, Taraji P. Henson plays Ali Davis, a sports agent who constantly gets pushed aside by her male colleagues. When she magically gets the ability to hear men’s thoughts, she’ll stop at nothing to use her newfound insight to help her get ahead in a man’s world – even if it takes a toll on her friendships and potential new love interest.

I sat down with writer Gordan Chism to find out more about trying to figure out what men really want – a task that was a lot more difficult than she had hoped. Gordan Chism was interested in theater growing up on a dairy farm in Virginia. But as she began to audition for plays, her options as a young black woman seemed limited. That’s when she got the idea that somehow she should probably write the roles she was interested in playing but wasn’t exactly sure how to do it.

“Jump to my first year in college,” says Gordan Chism,  “The Cosby Show was very popular and I thought, ‘There it is! That’s the kind of show I want to write for!’”

So, she sat down and pounded out what she calls, “The worst Cosby episode ever.  I licked a stamp and put it in the mail.”

She calls what happens next her “Forest Gump” experience. “The script must have been so bizarre that they called me. They said ‘Who are you? You have to have an agent. You’ve got to sign this release form, it doesn’t work this way and where are you from?’ I’m like, I’m a teenager from a dairy farm in Virginia’ So they invited me up during my spring break.”

After showing up at the studio in New York, she learned the woman who invited her to visit was out of the office having a baby. But by the end of the day, however, they invited her to stay for the rest of the semester as a writing intern.

“And I was like, ‘It’s so easy!’’ Gordan Chism says with a giant laugh. “And nothing was ever that easy again. Never.”

But she says that’s what youth is all about, “Taking big swings, trying crazy things – ignorance is bliss.” After college, she went into journalism. “I found journalism to be such a great preparation for screenwriting. You’re writing under deadline, with constraints of time and space and writing with a very demanding editor.”

On a whim, she decided to write a play in her spare time. “I entered it in an HBO screenwriting competition – this is after years of doing journalism. It placed in that festival and that’s how I was offered Drumline.”

In 2013, Gordon Chism wrote and directed the film Peeples, which caught the eye of producer James Lopez. Lopez thought she’d be a great fit for What Men Want.

She admits that when it comes to men’s deepest desires she doesn’t really have a clue. But she had a plan.

Turns out the men she spoke with either didn’t know their inner fears or at least, didn’t feel like sharing them. Whatever questions she asked, “I would just get blank stares. It was bad.” She decided to take inspiration from the men she had deeper relationships with throughout her life, but didn’t want to generalize them. She tried to resist characterizing her male characters as predatory or overtly sexual. “That’s there, but you can only go so far in a screenplay exploring those sort of things. I realized we all have these contradictions and paradoxes in ourselves.”

By not stereotyping men or women, Gordon Chism was able to create characters that feel relatable without being cliché. When a character is most vulnerable, they are also at their funniest. The movie will have you rolling with laughter from beginning to end.

Gordon Chism has this advice for writers who are just starting out.

“Pivot into your own voice. Even when you’re a little unsure about that, just go in that direction and be confident about your own voice. That’s what people are looking for. Keep yourself inspired because it’s a difficult job to face a blank page and a vulnerable space to send it out into the world. But you always have to tell yourself there is a place for your voice and keep digging deeper into your point of view. And a little bit of Forest Gump luck does help.”

No Replies to "From Cosby Show intern to Studio Movie Writer, the What Men Want Writer Tells Her Path to Success"