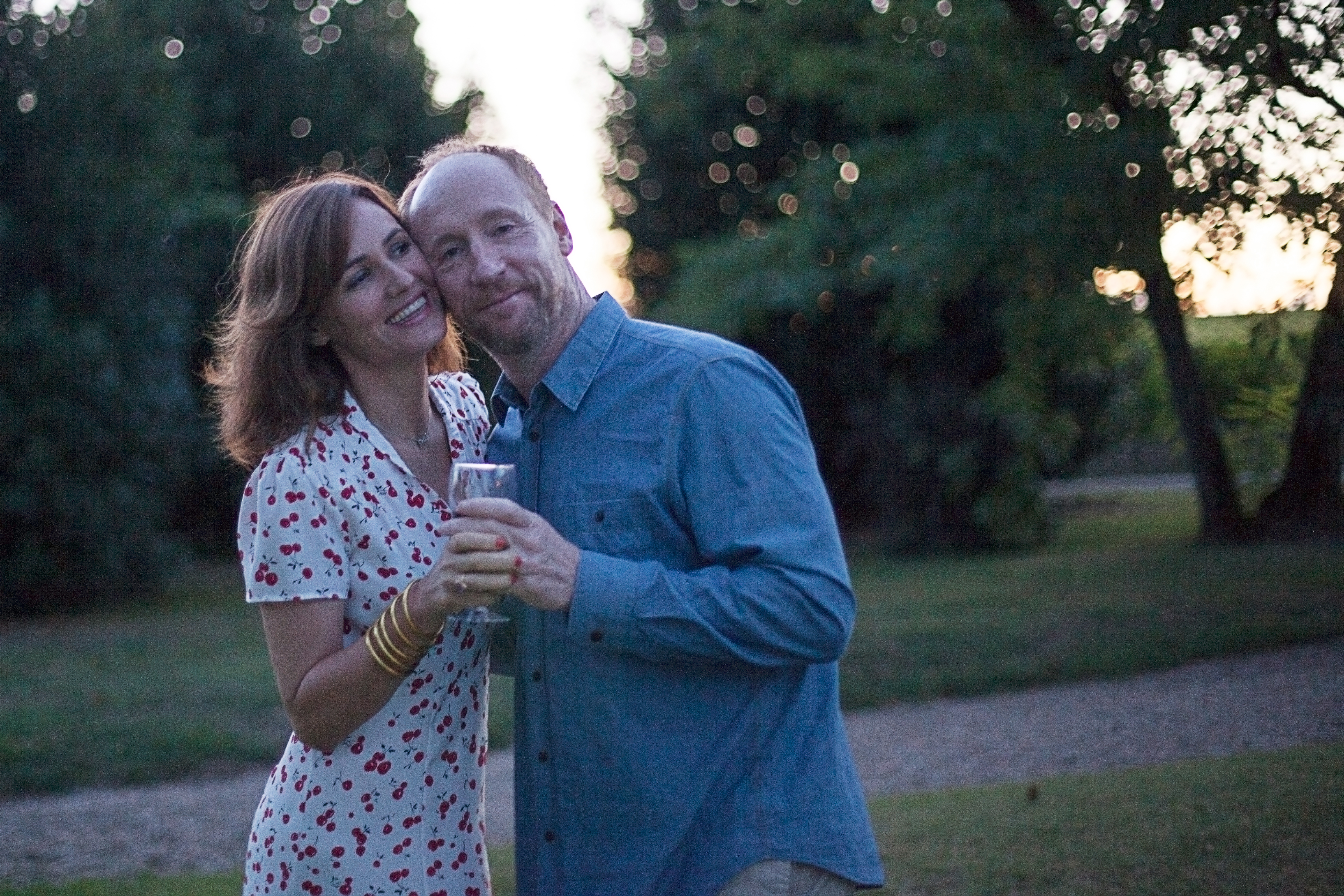 The new romantic comedy Under the Eiffel Tower is an indie romance that explores the rom com tropes you’re familiar with, but is part of a new wave of rom coms that look a lot different than the typical genre offerings. And honestly it’s a breath of fresh air. I chatted with lead actors Judith Godrèche and Matt Walsh about their experience creating a more modern rom com and ways they were able to contribute their own writing to the characters to make them feel more authentic.

Written by Archie Borders and David Henry and directed by Borders, Under the Eiffel Tower stars French actress Judith Godrèche and Veep actor Matt Walsh. Both actors have crossed into middle age and though Godrèche is as classically beautiful as they come, Walsh, a scruffy-faced, balding ginger, is far from your typical leading man. But their chemistry is electric and exciting to watch on screen.

Surprisingly, the actors say the script wasn’t so much of a romantic comedy in the beginning.

“When it was offered to us,” says Godrèche, “it was more of a buddy comedy.”

The buddies being Stuart (Walsh) in the middle of a midlife crisis, heading to France in an attempt to escape his stale career as a bourbon distributor from Kentucky, and Liam (Reid Scott), a playboy Scottish footballer at the end of his career. Louise (Godrèche) was to be the sophisticated French love interest. Sounds fun enough, but Godrèche knew there was more to the story.

“The director generously offered to let us shape our characters and make them more authentic. Within that process the movie kind of transformed into a romantic comedy.”

As Godrèche began adding details to her character Louise, grounding her in reality, she became less of just the “love interest” and turned into a driving force in the story.

Godrèche says that in the original script, Louise, “Was an amazing cook, she was amazing at selling wine, she was extremely sophisticated –– she seemed like a stereotype.” Working with the writer/director, she was able to give flaws and depth to Louise that ultimately made her a bigger part of Stuart’s transformation. True love was on the table and all the filmmakers knew they had to go for it.

For Walsh, getting to go to France and play a romantic leading man was a lot of fun. He jokes that he’s becoming, “America’s sweetheart, right? That’s my goal.” Walsh enjoyed working in the less restrictive bounds of an independent film, as opposed to his rigid TV stomping grounds, because he was allowed to, “Shape the material and the characters. You bring along a talented crew of actors and writers, really, David [Wain], Michaela [Watkins], Reid [Scott] –– it was a wonderful process that was very much focused on naturalism and avoiding the tropes of the woman being a prize – instead she’s a character. These moments are real in hopes you could ultimately lure the audience into falling in love again. It was a great genre for me personally to step into.”

The other exciting element of the story that comes from having older romantic leads is that it’s a story about second chances.

“I love stories about second chances,” says Godrèche. “Stuart rediscovers himself through the relationship, through a country, through a journey. Nothing should be set forever.”

Walsh agrees. “You want people to believe it’s worth taking chances. That’s the romantic comedy uplift. You take a risk and sometimes you get love.”

With Walsh’s strong improv background, there was plenty of improvisation on set.

In a scene where Stuart discovers Louise painting in the garden, she invites him to paint with her and the scene evolves organically, naturally, with a funny twist – his painting depicts a comet descending into the garden.

“We have this whole conversation and he comes up with this comet. It just came and that doesn’t mean it’s not writing,” says Godrèche who called the experience, “Poetic. I think improvising is writing live –– you’re actually writing, just not on your computer. You’re writing within the scene on ‘action.’ Some of my favorite scenes in the film came through improvising.”

There was also scene Godrèche and Walsh wrote in the car on the way home from set. “We were literally writing on our knees in the car. It’s a crazy situation but very lively and everyone participating, it was very—“

“All hands on deck,” interjects Walsh.

“There’s something very inspiring about that bonding,” she says.

Godrèche has this advice for writers. “The more honest you are, the more guts you put in it, that’s the way to do it. The more specific and personal movies are, the more attractive they are. Go for it, don’t be scared to be super personal.”

Walsh’s advice is a bit different. “My advice to writers writing a romantic comedy is just finish the first draft and stop talking about it. I don’t want to hear about the romantic comedy you’re going to write, f-ing write it,” he says.

Under the Eiffel Tower released in theaters on February 8, and is available On Digital and On Demand February 12.