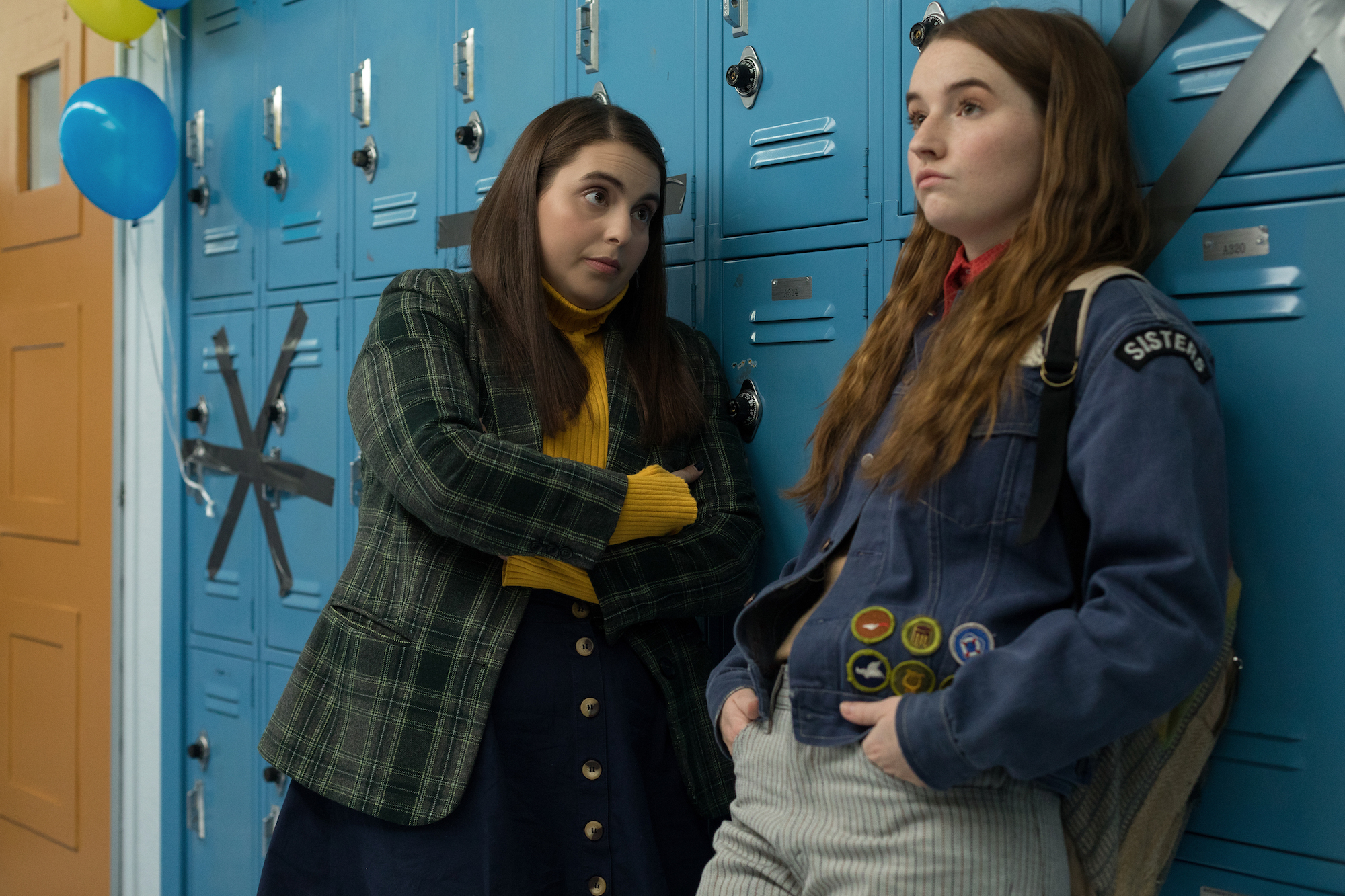 Booksmart isn’t your typical high school party movie. Writer Katie Silberman and actress-turned-director Olivia Wilde intended it to be Clueless for Gen Z and embrace the risk-averse attitude of a generation raised on iPhones. While the lead characters may be snowflakes, the movie is full of so much heart and humor you’ll want to see it again — it’s that good.

Just before high school graduation, two highly academic best friends, Amy (Kaitlyn Dever) and Molly (Beanie Feldstein), bemoan the fact they never indulged in the fun their peers enjoyed through high school. The girls set out on a mission to cram four years of partying into one night.

The screenplay for Booksmart was originally written in 2009 by Emily Halpern and Sarah Haskins and appeared on the Hollywood Black List of most promising unproduced screenplays.

Then, in 2015, Susanna Fogel did a new version of the script. According to Silberman, “She brought in a lot of great elements and made one of the lead characters queer. When I came on in 2017, Olivia Wilde was attached to direct which was the most exciting and inspiring part of it. She had this extraordinary vision for the type of movie she wanted to make from the jump.” “She pitched it as Training Day for high school girls because when you’re in high school everything is so intense. It’s easy as a grown up to patronize kids going through it at the time. But when you’re in it, it’s as intense as anything will ever be. She wanted to make a movie that felt as heightened as what it feels like to be young. That was the challenge she set for me and the bar we set for ourselves.”

They also discussed their favorite high school movies and how specific they are to the time period. “You think of Clueless and it’s such a portrait of the 90s. We wanted to do that for Generation Z.”

For Silberman, the secret was to create an energy that could carry the audience through – like a train ride the audience wants to take all the way to the end. “It’s pacing and the high-octane feeling of both the plot and the intensity of the characters. That doesn’t mean every character is shouting, but what they want and what they’re going after — they want that badly. In comedy especially, timing and speed are very helpful.”

Silberman says she always knew she wanted to be a writer, but she wasn’t sure which medium would be best for her. As an undergrad, she interned at 20thCentury Fox Television during pilot season.

“My job was to digitize their script library which was a huge closet full of mostly unproduced screenplays.” She read the screenplays all day, every day from 9 a.m. to 6 p.m. “That’s when I decided I wanted to be a screenwriter. It seemed so fun.” She then went to Columbia University to study screenwriting where she says she benefited from their “High brow community. I was always interested in writing big-scale comedies like Clueless, so it was a wonderful learning curve to work with people who were more dramatic or worked on a smaller scale. It really pushed me to appreciate screenwriting as a craft and not just something that made me laugh.”

Silberman then came to Los Angeles and worked as an assistant to screenwriter Dana Fox, eventually becoming the showrunner’s assistant for Ben and Kate. “It’s its own version of film school because you’re there for the writing, the casting the shooting and the editing. Dana was such a generous boss and taught me so much.”

“Audiences are very attuned to authenticity, so some of the things that make me laugh hardest are incredibly goofy, not necessarily elevated, but they’re always authentic. My advice for writing comedy is, regardless of the tone you’ve chosen for yourself, make sure it feels authentic and grounded in a foundational way. It should work the same way a great improv scene works. In the beginning, it’s not that funny because you’re just establishing the rules to make you really laugh later. No matter how wacky it gets, if it feels authentic – that’s what people will react to the most. That’s the thread through all the comedy I love regardless of tone.”

Booksmart is currently playing in theaters.