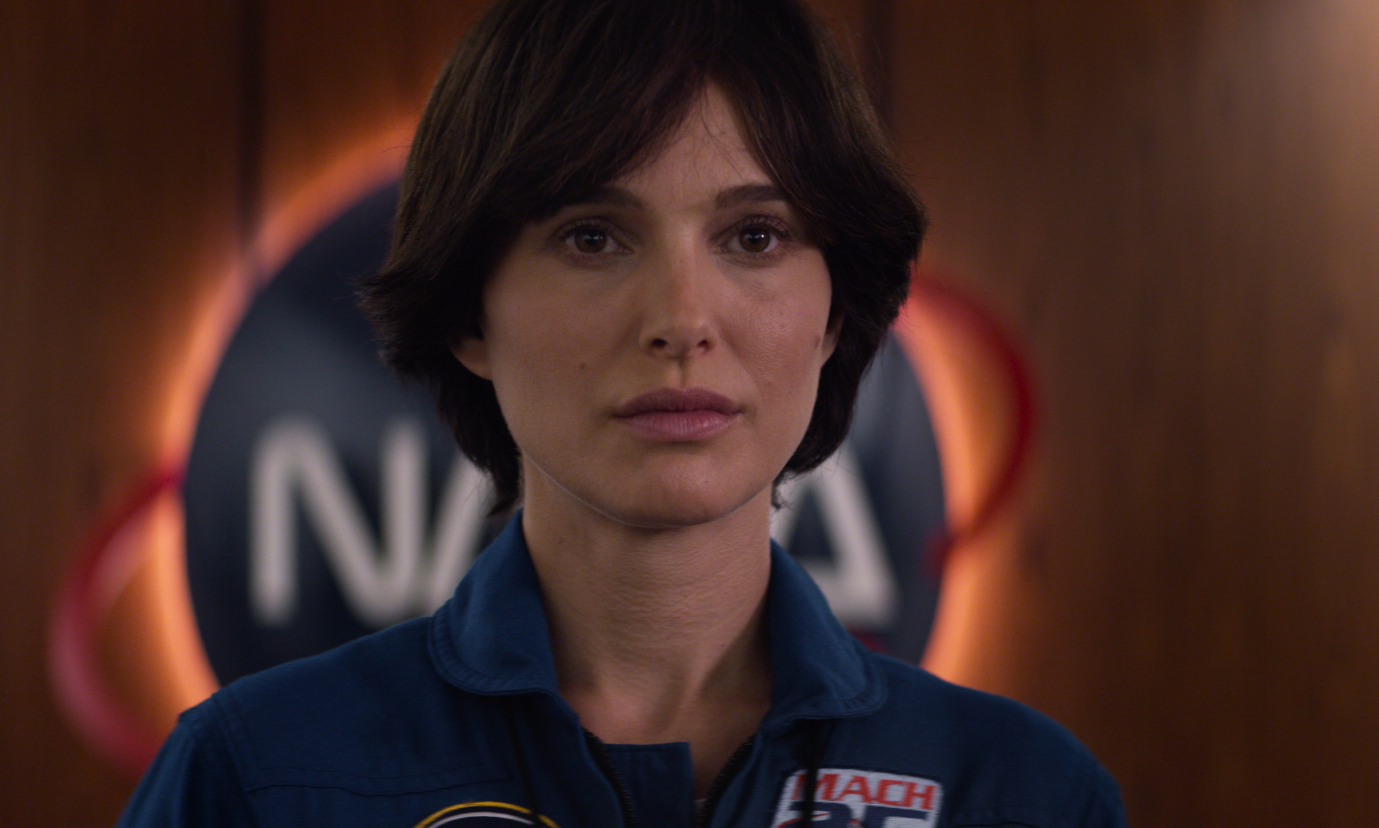 Natalie Portman in the film LUCY IN THE SKY. Photo Courtesy of Fox Searchlight Pictures.

You might remember a news story back in 2007 where NASA astronaut Lisa Nowak drove from Houston to Orlando, wearing a diaper, with the alleged intent of kidnapping an Air Force Captain involved in a love triangle. This bizarre story was the launching pad for the new film Lucy in the Sky.

In the film, Lucy (Natalie Portman) plays a NASA astronaut who goes on a spacewalk where she’s deeply impacted emotionally from seeing “God’s view” of Earth. Back on the blue marble, Lucy’s world suddenly feels claustrophobic and small causing her to lose her grip on reality.

I spoke with screenwriters Brian C. Brown and Elliott DiGuiseppi about the film’s meaning, how they got a face-to-face meeting with Reese Witherspoon (who ultimately produced the film), and what happened to the aforementioned diaper.

Films about a female character getting involved in a sexual tryst then going to potentially deadly extremes when the relationship fails is nothing new. We’ve seen it over and over in movies like Fatal Attraction, Single White Female and Play Misty for Me. What’s so interesting about that trope in the case of Lucy in the Sky, is that the woman losing her mind is not only the protagonist, but also a highly educated, highly skilled NASA astronaut – a job where keeping emotions under control is paramount.

But writers Brown and DiGuiseppi say the movie is about something else entirely, which I found surprising.

“For us,” says Brown, “this is a story about empathy. It’s about the value of being able to tell someone you’re going through something and have that person say, ‘I get it,’ and know they mean it. I think a lot of people say that, but it’s really just a token thing to say. The space aspect is definitely part of it.”

Beyond the journey to outer space being a metaphor for lost connections and loneliness, for the writers it’s also about the fallout that happens after achieving the pinnacle of success.

The real jumping off point,” says DiGuiseppi, “was talking about working at something your entire life like going to outer space – something so few people get to do – and you’re toiling away knowing fully well that just doing the actual work doesn’t mean that you will get to that point. But what is it like to accomplish that thing and be left with that for the rest of your life?”

It’s enough to drive anyone nuts. Natalie Portman and Jon Hamm in the film LUCY IN THE SKY. Photo by Hilary B. Gayle. Fox Searchlight

Brown and DiGuiseppi have been best friends since they were 12, growing up in central Florida. There wasn’t much to do, so as teens, they started an “old man band” where they dressed up as 80-year olds and sang hits from the 1980s. They also dabbled in making funny short VHS films, even getting their school to show some that included relevant messages at the end, like school announcements about prom, etc.

“It was a wild experience where people were really reacting to them and loving them,” says DiGuiseppi. “It felt like, oh wait, maybe we can do this. The idea that we’ve gone from that to a Fox Searchlight movie, I still can’t wrap my head around it.”

The best-friend writing team began to get serious heat (and agents) when their biopic about poet and author Shel Silverstein made the Black List a few years ago.

“Suddenly everyone wanted to meet with us,” says Brown.

But they both knew that would need to have a second movie idea to pitch during those meetings. Lucy in the Sky (previously titled Pale Blue Dot) was that idea.

“We had like 75 breakfasts with executives – and again, we’re two kids from central Florida who knew nobody who did this. It always seemed like an impossible dream. So we get to the point where we finished the script and there were people waiting for it. Our agents were holding it back, strategically – it was this insane thing.”

Two days later, they got a call to meet Reese Witherspoon at the Polo Lounge at the Beverly Hills Hotel.

“I remember sitting in my beat up old car in front of the Polo Lounge being too embarrassed to valet,” says DiGuiseppi.

They had a drink with Witherspoon and she was very complimentary about the script during the meeting. Their agent called after to say Witherspoon wanted to play the lead. However,  due to scheduling conflicts with Big Little Lies Season 2, Portman would play the role of Lucy and Witherspoon would stay on as producer. The rest is history. So what happened to the diaper?

“For all the diaper fetishists out there we can discuss that,” jokes Brown. “This film started its life as a spec script and the diaper was on page one of our original draft. For us it was the one thing that made this character extremely interesting. But she wasn’t just found with just a diaper, she had tubing, specific amounts of cash, a BB gun, rope and the diaper fit into all that because there wasn’t time. In the original story, its about someone driving from Houston to Orlando to beat a plane, every second counted.”

“When Brian and I saw the list of everything that was confiscated,” says DiGuiseppi, “it all made sense to us. We don’t condone that behavior but it became understandable. Where the diaper went, who can say? We also think it’s a story that exists separately. [Lucy] is more than a diaper.“

Brown, who’s been in Los Angeles for 10 years now, took up surfing when he wasn’t writing and compares the two. “Surfing is the great metaphor for everything. You’re waiting for a wave and it’s about knowing what to do when an opportunity comes. Brian and I are compulsive writers we’re always writing — for years we wrote in what felt like a vacuum, but there are opportunities out there for everyone. Always be prepared and always be looking for opportunities and when that wave comes try and ride it as best you can.”