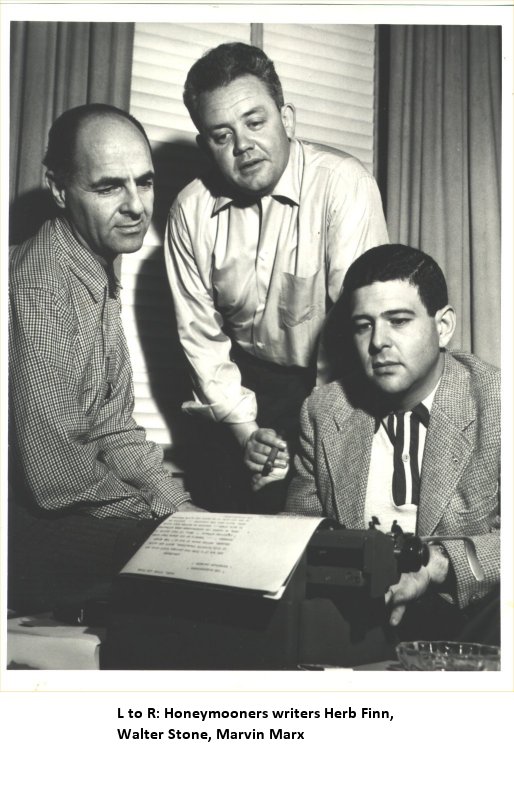 For my new book, Sitcom Writers Talk Shop: Behind the Scenes with Carl Reiner, Norman Lear, and Other Geniuses of TV Comedy, I had the honor of interviewing over 50 successful television writers. I chose this book subject because my dad — Herb Finn — was a TV comedy writer and I wanted to learn about other writers’ career experiences and perspectives.

From a young age, I was fascinated with the industry; one of the best perks of growing up in the culture was that I was invited to closed sets to watch my favorite sitcoms being filmed. Surrounded by the wit and brilliance of my dad and his colleagues, I learned how powerful humor can be in virtually any situation…and I have great respect for anyone who writes it!

In my interviews, a topic that came up frequently was the “room” — where the writers spend several hours a day working as a group. I asked for the five top things writers should know about this inherently competitive environment: Friends writer Adam Chase cited the value of silence. “It’s important to learn how to choose your moments, and not say everything that comes into your head — but to really edit yourself and hang back. If you’re the guy who’s constantly talking, your words are going to be given less weight. And if you hang back and you’re not always talking, when you do open your mouth, people tend to listen.”

Arnie Kogen (The Carol Burnett Show) advises: “Don’t make a pest of yourself. If your “brilliant” joke is rejected, move on. Don’t keep saying, ‘Hey, this is a good spot to do that smoked salmon line!’ Forget it.” Arnie learned that the hard way — from enough producers turning to him and saying, “Kogen — enough!” Frasier writer Jay Kogen (Arnie’s son) believes the writers’ job is to please the showrunner — to think of things he or she would like and agree with. “Because, if you pitch something that’s really super funny, but you know the showrunner will hate it — you’re just wasting everyone’s time… Your job is to read the room, read the show, read the showrunner, and pitch towards what they do — not try to change the show.” Seinfeld writer Steve Skrovan agrees: “In a writers’ room, you have your showrunner. And it’s up to the other writers to adapt to the showrunner’s vision…we’re all kind of like baby birds waiting to be thrown a worm from the mother bird. And you start chirping away and sooner or later, if you’re going to survive, you’ll learn what the mother bird wants to hear.” No. 3 – When pitching jokes, savers are your friend

Steve also suggests savers, or “room bits” to ease the embarrassment of pitching jokes that bomb. Since you need a million bad ideas to hit on the one good one, it’s easier to take the risk of pitching a bad one if you have a saver — since you’ll still get a laugh.

He recalls colleague Lew Schneider’s antics in the Everybody Loves Raymond room: “He’d pitch a joke that bombed, and sometimes he’d take a knee and act like he’d just been punched in the solar plexus and he was out of breath. Or he’d start hacking, like he had something in his throat. He’d say, ‘Ahh, I just got hold of some bad pitch!’ And we’d all laugh. And that enabled him to recover from the embarrassment of the joke not working.

…I used to do the thing where I would just slowly fall out of my chair. And my friend Mike Rowe taught me what’s called the ‘get up and go take.’ You pick up everything on the table near you — your computer, pens, a rubber ball, or whatever — and just load your arms up as if you’re leaving in a huff, as if you’re quitting the show. And you walk out of the room.”

Although the room is inherently competitive since everyone is offering options and the boss is picking the best ones, it doesn’t have to be mean-spirited, and you don’t have to keep score. But as Adam Chase observes, “…some people do. Sometimes when you pitch a joke, by the middle of that pitch it’s obvious what the last word will be. There’s a kind of person I call a “claim jumper” who will say the last word of your pitch very loudly as though that somehow gives them co-authorship or allows them to take credit for the pitch. It’s incredibly irritating, because you just want to present your idea and see if people like it or not!” Cheers writer David Isaacs distinguishes between the best and worst types of rooms:

“I think the best writers’ rooms are ones where there’s a lot of energy, there’s a lot of talk, a lot of continuum of dialogue and discussion. Maybe only 10% of it’s going into the actual script, but the room is a place where everyone is in a collegial atmosphere.

In rooms that are a little quieter, the atmosphere can be a bit more plodding. Things seem to move much slower. The hours seem longer. The day seems longer. But that doesn’t necessarily mean it’s a bad show; it’s just the way it’s run. Some people don’t encourage as much general anarchy and they want to have a little tighter lid on it. But those tend to be a little less fun.”

He tells a famous story about the kind of room you don’t want to be in: “…A particular showrunner kept her writers in limbo for hours while she went back to the office and worked on rewriting. It was a punishing schedule. The writers were never quite sure where they stood or what their contribution was, and sometime, very late one night, a writer got up and started walking out. The showrunner asked, “Where are you going?” and the writer said she was leaving. The showrunner said, “You can’t leave now. We’re not done.” And the other woman goes, “You’re making me bleed from my ass!” Which is about as graphic and true a statement as you can make about a show that’s difficult to write and difficult to do every week. Because when you’re not sure what the show’s about or where you are in the narrative or your contribution to it, it can be a very, very difficult process.

As the daughter of Honeymooners writer Herb Finn, Paula Finn grew up in the culture.

She is the author of Sitcom Writers Talk Shop: Behind the Scenes with Carl Reiner,

Norman Lear, and Other Geniuses of TV Comedy, published by Rowman & Littlefield

This author has not supplied a bio yet.